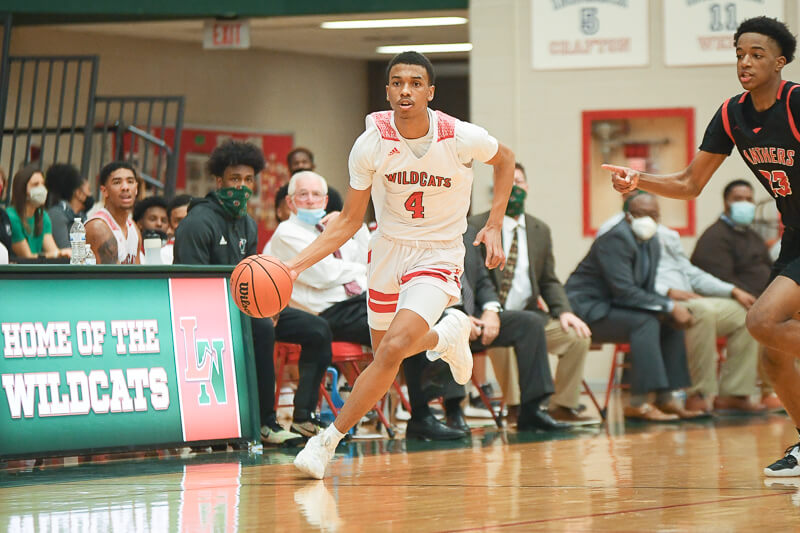 Gunn is ranked No. 107 nationally and the No. 14 shooting guard, according to the 247Compsite. Gunn chose Indiana over Cincinnati, Kansas State, Xavier and Missouri, among others.

Indiana was one of the first schools to reach out to him on June 15 when coaches were allowed to directly contact 2022 recruits. It wasn’t until mid-August, though, that Indiana extended an offer.

“I’ve had a Zoom call with coach (Archie) Miller and (Tom) Ostrom,” Gunn told Inside the Hall over the summer. “They are showing me high interest and showing me I’m a priority, and I text them every week. All day every week. It’s just been a blessing that that’s my hometown recruiting me…It’s very cool. Especially because I know the history there and how big the program is and how big the fan base is with their support.”

As a sophomore for Lawerence North last season, Gunn averaged 7.1 points and 2.5 rebounds per game while shooting 35 percent from three. He was hampered for some of last season due a torn ligament that he suffered in the semifinals of the Marion County Tournament.

“I believe I’m a great two-way player,” Gunn said. “I believe I’m unpredictable and I can score on all three levels. Mostly, I’m big on that two-way player, and I take defense as a priority…The game revolves around energy, and I believe defense…you just have that energy on the court, you can feed off of that and that turns into offense.”

One of Gunn’s teammates on Lawerence North is IU football commit Donaven McCulley.