Indiana extends a pair of scholarship offers on Thursday 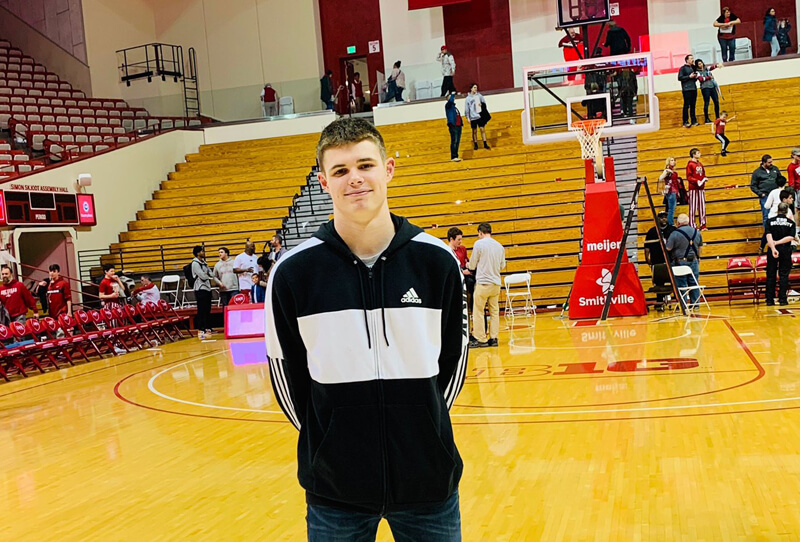 Indiana offered a pair of class of 2022 guards on Thursday evening.

Beyond blessed to have received an offer from Coach Miller and Indiana University! pic.twitter.com/84q4VT3htp

Extremely blessed to receive an offer from Indiana University!!!?? thanks to @Archie_Miller and the rest of the coaching staff??? pic.twitter.com/8kDbnhMF5b

McKneely, who visited last season for the Arkansas game, is rated the No. 50 player nationally according to the 247Composite.

Gunn is rated the No. 116 player in the 247Sports rankings, but is not ranked in the 247Composite.

Inside the Hall’s Cameron Drummond profiled both players last month.

Part of that good fortune comes from the Division I players who have passed through Poca during Osborne’s 40 seasons as head coach, and Class of 2022 combo guard Isaac McKneely is the latest Poca player to command attention from college basketball’s premier schools, including Indiana.

“Isaac’s a kid who can shoot the ball outstanding. He can beat you off the dribble. He’s long, he can be a defensive presence,” Osborne said. “He’s the most highly-recruited player I think we’ve ever had here…he’s as good as any of those (past Poca players) who played at Division I and I think the sky’s the limit for him.”

Playing with Poca and the Wildcat Select program on the adidas Gauntlet circuit, the 6-4, 180-pound McKneely has earned a reputation for being a clutch scorer with a strong offensive skillset.

On a stacked Wildcat roster featuring Indiana Mr. Basketball finalist Tony Perkins (now at Iowa) and Class of 2021 standouts D.J. Hughes (a Butler commit) and Shamar Avance, it wasn’t Gunn’s place to take over games as a sophomore shooting guard.

But he knew his place and role in his first season with Lawrence North after transferring from Hamilton Southeastern (Fishers, Indiana) following his freshman season.

He filled that role well by averaging 7.1 points and 2.5 rebounds per game and shooting 35 percent on 3-pointers as a sophomore, and Gunn was a big reason why Lawrence North was ranked No. 1 in the state during the 2019-20 season.