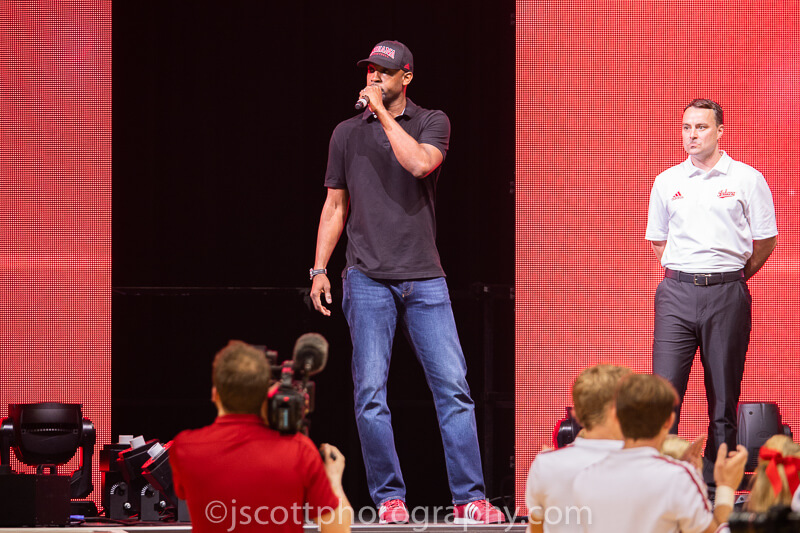 The Greatest IU Basketball Player of All-Time Bracket, a weeks-long joint project between Assembly Call and Inside The Hall, has finally reached its conclusion.

The matchup wasn’t close. With 4,511 votes cast via Twitter poll on Inside The Hall’s Twitter page, Cheaney defeated Thomas with 72.4 percent of the vote.

It was a final blowout victory for Cheaney in the bracket, cementing his place among those IU fans who voted as the greatest Hoosier men’s basketball player of all-time.

On his way to the bracket title Cheaney defeated six other IU basketball alums, including the final victory over Thomas.

Once again, among the factors that were considered by fans when voting to reduce the field from 68 former Hoosiers to just one were: Impact on winning at IU, statistical achievement, how they represented the program and university and qualitative impact on the culture and tradition of IU basketball overall.

Some of the standout statistics from the entire Greatest IU Basketball Player of All-Time Bracket event were:

A final version of the 2020 Greatest IU Basketball Player of All-Time Bracket can be found below. 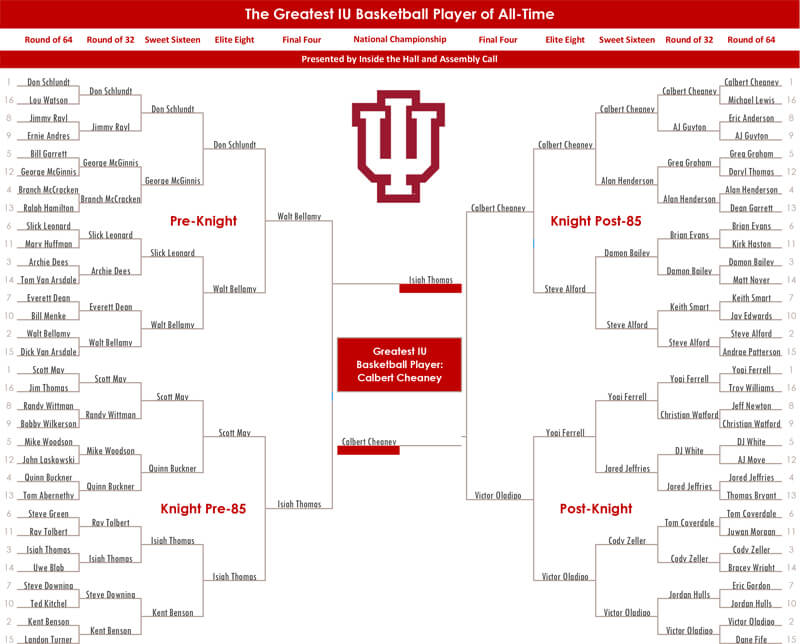