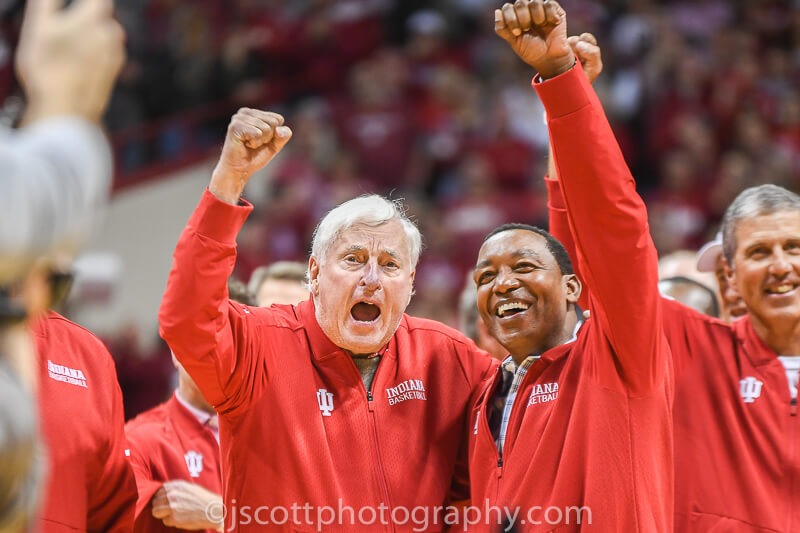 We have now reached the Elite Eight stage of the bracket for all four regions: The Pre-Knight, Knight Pre-’85, Knight Post-’85 and Post-Knight regions, representing the four periods of IU basketball history.

Earlier this week, the Sweet Sixteen matchups in each region were decided, as Monday’s voting determined the Elite Eight participants in the Pre-Knight and Knight Pre-’85 era regions, while Tuesday’s did the same in the Knight Post-’85 and Post-Knight era regions.

Only a few matchups remain in the quest to determine the greatest IU basketball player of all-time, and that endeavor takes another step forward today with voting in the Elite Eight matchups in the Pre-Knight and Knight Pre-’85 era regions.

Voting in the Elite Eight for the other two regions will take place Thursday.

Schlundt defeated Lou Watson in the round of 64, Jimmy Rayl in the round of 32 and George McGinnis in the Sweet 16. He did everything an IU player needs to do to be remembered as a legend in Bloomington. He averaged 23.3 points per game across his Indiana career, scoring 2,192 points in 94 games. It was enough to earn the IU school scoring record for 32 years and Schlundt still ranks 3rd all-time on the list. He also won a lot, helping Indiana win the 1953 NCAA title and the school’s first two undisputed Big Ten regular season championships. In that 69-68 title game win over Kansas, Schlundt scored 30 points. Nicknamed “Ox,” Schlundt was a revolutionary big man (listed as 6-foot-9 or 6-foot-10 during his playing days) who is a member of both the Indiana Basketball and IU athletics halls of fame.

Bellamy defeated Dick Van Arsdale in the round of 64, Everett Dean in the round of 32 and Slick Leonard in the Sweet 16. For three seasons in the middle of the 20th century, there was likely not a more dominant college basketball player than Bellamy at Indiana. He averaged 20.6 points and 15.5 rebounds per game for his career, famously going on to become the first Hoosier ever selected No. 1 overall in an NBA draft. The All-American still holds IU records for most rebounds in a single game (33), most rebounds in a season (428) and Bellamy has the second-most career rebounds (1,087) among all IU players. Bellamy closed his storied college career with 59 double-doubles. He won a gold medal at the 1960 Olympics with the United States, and is a member of the IU Athletic Hall of Fame and the Naismith Memorial Basketball Hall of Fame.

May defeated Jim Thomas in the round of 64, Randy Wittman in the round of 32 and Quinn Buckner in the Sweet 16. May was a standout player on some of the best teams in Indiana history. The forward was an integral part of the 1976 undefeated Indiana team which won the title after going 32-0, and he was recognized handsomely for his contributions. May averaged 23.5 points per game, 7.7 rebounds per game and shot 52.7 percent from the field during that championship season. He was named the NABC, Naismith, AP, Helms Foundation, Rupp and Sporting News national player of the year that season. A consensus All-American in both 1975 and 1976, May finished his IU career with 1,593 points (13th in IU history) and was drafted second overall in 1976 by the Chicago Bulls. He also won a gold medal with the United States in the 1976 Summer Olympics.

Thomas defeated Uwe Blab in the round of 64, Ray Tolbert in the round of 32 and Kent Benson in the Sweet 16. The catalyst for Indiana’s 1981 national title and eventual No. 2 overall pick in the NBA draft and 12-time NBA All-Star, Thomas made the most of his two seasons in Bloomington. As a freshman Thomas led Indiana in scoring (423 points), assists (159) and steals (62) while becoming the first freshman to be named to the AP All-Big Ten team. He was a captain of the 1980-81 team as a sophomore, improving his final statistical averages to 15.4 points per game, 5.7 assists per game and 3.5 rebounds per game as the Hoosiers went 26-9 and defeated North Carolina for the college championship. Thomas went on to win two NBA titles with the Detroit Pistons and spent time as the coach of the Indiana Pacers. 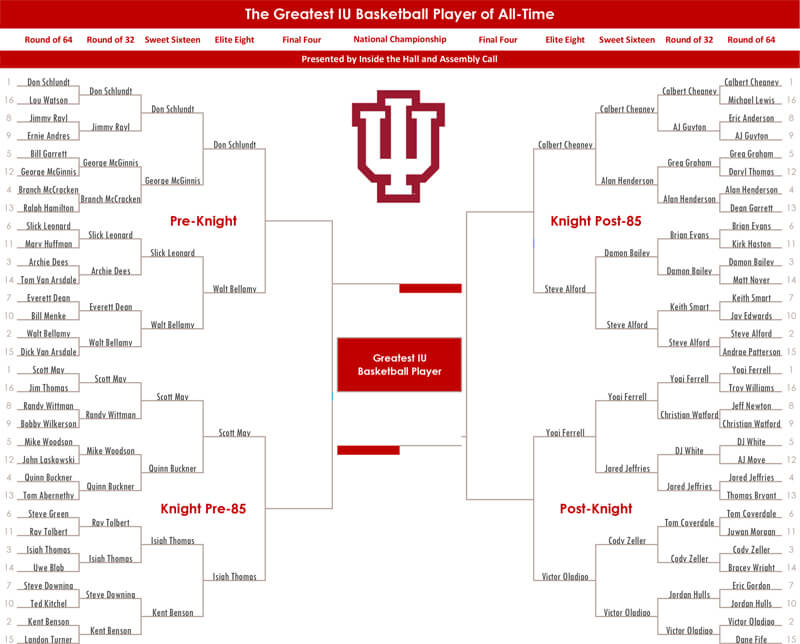