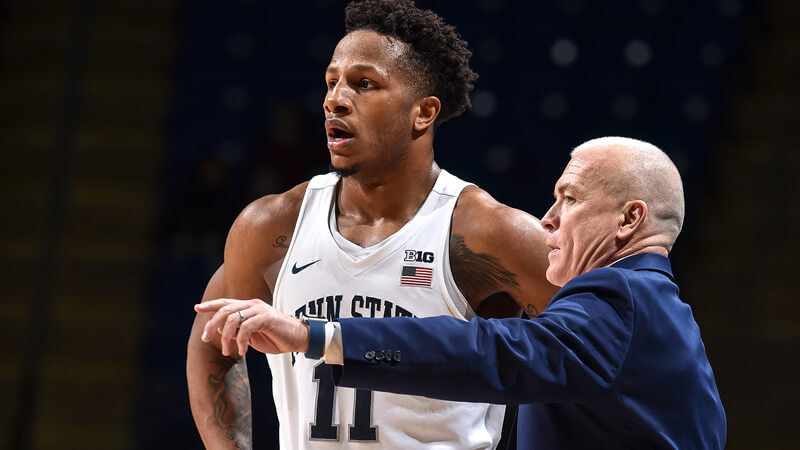 Six more automatic bids were handed out on Tuesday, with one of those going to Yale as a result of the Ivy League canceling its tournament. In addition to the Ivy League champs, Gonzaga, Hofstra, North Dakota State, Northern Kentucky, and Robert Morris all punched their tickets on Tuesday.

Only one conference championship is on the Wednesday slate, as Colgate and Boston University face off in the Patriot League. In addition, there are a few bubble teams in action, but in all cases, a win wouldn’t help nearly as much as a loss would hurt.

· NC State vs. Pittsburgh – A win for the Wolfpack would set up a rubber match with Duke, while a loss would likely eliminate them from the at-large picture.
· Indiana vs. Nebraska – I outlined IU’s case in depth yesterday, and a loss to the short-handed Huskers would underscore the Hoosiers’ struggles away from home while adding a bad loss.
· Stanford vs. California – The worst loss on Stanford’s profile came at Berkeley, and the Cardinal can ill afford a second loss to the Bears. A win, however, would set up an intriguing bubble matchup with UCLA.
· Xavier vs. DePaul – The Musketeers swept DePaul in the regular season, and a third victory over the Blue Demons would set up a quarterfinal date with Villanova.
· Arkansas vs. Vanderbilt – A five-game losing streak while Isaiah Joe was sidelined did some serious damage to Arkansas’ resume, but a deep SEC tournament run could get them back on the radar.

Kansas is locked in as the top overall seed, and Gonzaga has settled in behind the Jayhawks following Baylor’s loss to West Virginia and the Zags’ WCC tournament Title. Given the full body of work, I struggle to find a scenario where Baylor falls completely off the one line, while Dayton will hold the final one seed heading into the A-10 tournament. For now, Florida State is probably the only team who could play their way into a top seed if Dayton should falter.

The projections below are based on all games played through March 10th, 2020. Following the bracket, I included a few thoughts on the last four in and first five out.

Since Cincinnati earned the top seed in the AAC tournament, they are serving as the league’s automatic bid and cannot be placed in the First Four. If they were in the at-large pool though, they would be right on the cut line.

Texas Tech – The Big 12 tournament opener against Texas is shaping up to be a huge one for both teams. If Texas Tech can’t come out on top, they will have to hope their strong NET and predictive numbers are enough to carry the day given a poor record against the top three quadrants.

Stanford – Following a 0-2 trip to the Oregon schools, the Cardinal remain in the Last Four In despite sitting at 30th in the NET with four Quad 1 victories. Their first Pac-12 tournament game comes on Wednesday against Cal, and it’s not one they can afford to lose.

Richmond – A top 40 NET ranking, nine true road wins, and a neutral court victory over surging Wisconsin are the best attributes on the Spiders’ profile. They have three wins each in Q1 and Q2 but are only 2-2 against the at-large pool. Richmond is off until Friday when they will take on either Davidson or La Salle, and a win there should set up a matchup with Rhode Island in the semifinals.

Texas – As mentioned above, the Big 12 tournament matchup against Texas Tech will have major implications. It will be interesting to see how the Longhorns respond after getting smoked by Oklahoma State in the regular season finale. Texas boasts five Q1 wins as well as an impressive 8-6 road/neutral record, although the Longhorns are just 2-4 in Q2 games and have only three wins against the at-large pool.

UCLA – The Bruins have racked up six Q1 victories, including sweeps of Arizona and Colorado. However, UCLA has five losses to teams not in the at-large picture, including a Q3 loss to Hofstra and a Q4 loss to Cal St. Fullerton, and a NET rating in the mid-70s. The Bruins get the winner of Stanford-Cal in the Pac-12 quarterfinals, and a win there would mostly likely set up a semifinal matchup against either Arizona State or Colorado.

Wichita State – Despite some solid metrics, I struggle to project a team that’s knocked off just one at-large caliber team to make the field. Wichita State is just 2-5 in Q1 games but does have seven Q2 victories to go with strong computer numbers. The Shockers have a first-round bye in the AAC tournament, but their first game will likely come against a UConn team that has won five straight and eight of its last 10 games.

NC State – The Wolfpack blew out Wake Forest in their final ACC game, and their first ACC tournament game against Pitt provides the chance to rack up another victory but most importantly would give NC State another crack at the Duke. Victories over Duke and Wisconsin at home as well as a road win at Virginia are great, but it’s also worth noting that NC State has eight losses to teams not currently in the at-large picture, which is far more than other teams in this range.

Northern Iowa – A blowout loss to eighth-place Drake in their first game of the Missouri Valley Conference tournament gave the Panthers another Q3 defeat and likely sealed UNI’s fate. A road win over Colorado gives them a terrific Q1 win, while a neutral court victory over South Carolina has proven to be solid as well. They also played two games against non-Division I teams, which the committee sometimes doesn’t care for, and I ultimately just don’t think there’s enough on the profile to earn a bid.

Mississippi State – Ben Howland’s squad split its games last week, losing at South Carolina before blowing out Ole Miss at home. The Bulldogs have just one win against at-large teams and the first five out, which came at Florida. A pair of Quad 3 losses don’t help Mississippi State’s case, and the same can be said for double-digit losses at Ole Miss and Texas A&M. The Bulldogs wound up as the four seed in the SEC tournament, which means they don’t play until Friday. Florida is the likely opponent, and a win there would set up a huge game with Kentucky in the semis.