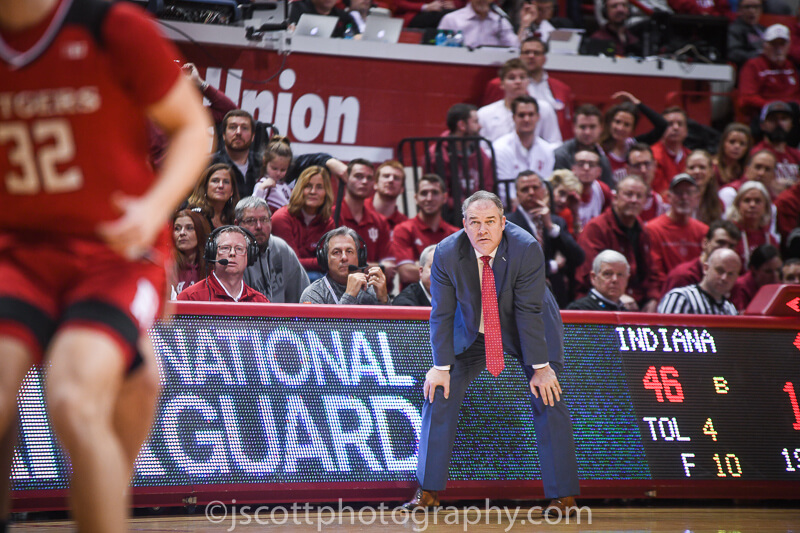 The unpredictability of this season took a blowtorch to last week’s projections, as two of the teams I had projected on the one line lost twice within the last seven days. There was plenty of movement throughout the bracket, and the profiles near the cutline continue to be pretty underwhelming.

The good news is that Selection Sunday is still nearly eight weeks away, so there’s plenty of time to sort things out. I have a feeling I’m going to need every bit of it.

Once again, the Big Ten leads the way with 11 teams in the field, including 10 with a nine seed or better. The 11th was the last team I had in the field, although history isn’t exactly working in their favor. More on that in a little bit.

Selecting the top seeds felt like the easiest part of this week’s exercise. Baylor and Gonzaga did nothing to play themselves off of the one line last week, and they were the clear choices for the top two overall seeds.

With Duke and Butler losing a combined four games last week, the door was open for other teams to slide up the seed list. Kansas leads the nation in Quad 1 wins with seven and is the only team with double-digit victories against the top two quadrants despite playing a schedule ranked as the nation’s best.

San Diego State, the last remaining unbeaten team, is slotted as the last one seed after racking up two more wins in Mountain West play. All six of their Quad 1 and 2 victories have come on the road or on neutral floors, with the best ones coming at BYU and against Iowa and Creighton in Las Vegas. The challenge at this point is that there aren’t many more top-end opportunities on the schedule, particularly with Utah State struggling, so the Aztecs just need to keep on winning and hope that carnage across the country creates some separation.

The projections below are based on all games played through January 20, 2020. Following the bracket, I included a few thoughts on the last four in and first four out.

Virginia Tech – The Hokies have certainly been a pleasant surprise in the ACC and own a neutral court win over Michigan State. They have also picked up a few solid victories on the road, but eight of their 13 wins fall in Quad 4 thanks to a sub-300 non-conference strength of schedule. Outside of a home game with Florida State, the upcoming schedule is relatively favorable.

DePaul – Saturday’s win over Butler gives the Blue Demons four Quad 1 victories, with the others coming on the road against Iowa and Minnesota and at home versus Texas Tech. A pair of Quad 3 home losses and a relatively poor non-conference strength of schedule don’t allow for much breathing room, and DePaul needs to protect home court against Creighton and St. John’s this week before hitting the road for four of the next five.

Georgetown – The Hoyas knocked off Creighton at home last week and nearly did the same to Villanova on Saturday. Patrick Ewing’s squad has an interesting profile that doesn’t feature a loss outside of the top two quadrants but contains just one win over a team safely in the field. This week’s road trip to Xavier will be an important game for both teams.

Purdue – For the last spot, I gave the nod to the Boilers even though history isn’t on their side. Purdue currently sits at 10-8, and the last time a team earned an at-large bid with a record just two games over .500 was back in 2001. That said, Purdue has two wins each in Quad 1 and Quad 2, and the computer numbers are strong. A poor record away from home, including a Quad 3 loss at Nebraska, doesn’t do them any favors though.

Minnesota – Like Purdue, the Gophers are just two games over .500 after splitting their games last week. Purdue’s profile is slightly better though, which leaves Minnesota and its 0-6 road mark on the outside looking in. Home victories over Michigan, Ohio State, and Penn State are the headliners, but a tough week awaits with a road trip to Ohio State and a home date with Michigan State on tap.

VCU – The Rams don’t have a Quad 3 or 4 loss, but they also have just one win of note, which came at home against LSU. This week features a pair of winnable road games, and VCU simply can’t afford to slip up in those kinds of games moving forward.

Washington – The loss of Quade Green is really hurting the Huskies, who bounced back from a bad loss to Cal by beating Oregon State last Thursday. They seemed poised to sweep the Oregon schools, but Payton Pritchard had other ideas as the Ducks stormed back to win it. Washington boasts a neutral court victory over Baylor as well as a home win against USC, but losses to UCLA and Cal both fall in Quad 3. The Huskies travel to Utah and Colorado this week in what has traditionally been a challenging road trip for Pac-12 schools.

Xavier – Following Wednesday’s blowout road loss to Creighton, the Musketeers have now dropped three straight and sit at 1-4 in the Big East. They don’t have a Quad 3 or Quad 4 loss, but they also don’t have a win over a team safely in the field among four Quad 1 and 2 victories. Xavier desperately needs to beat Georgetown at home on Wednesday before hitting the road for three of its next four contests.