After a Gannon turnover during Indiana’s dry spell in the first half, Jerome Hunter passes it up to Rob Phinisee: 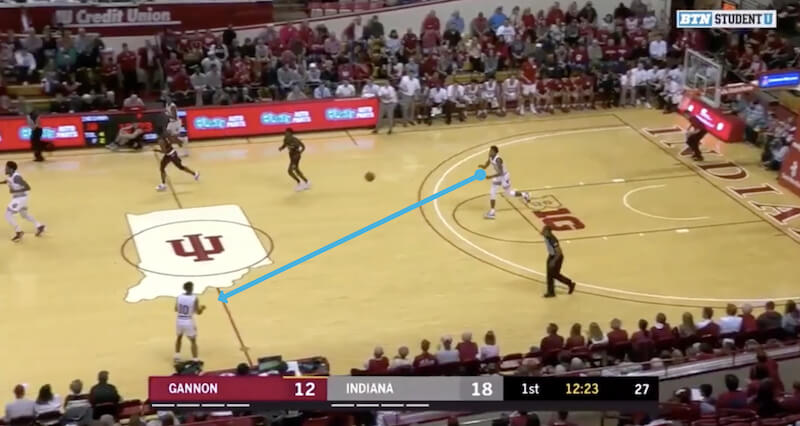 Phinisee puts a crossover on his defender on the left wing and heads to the paint … where two Golden Knights await: 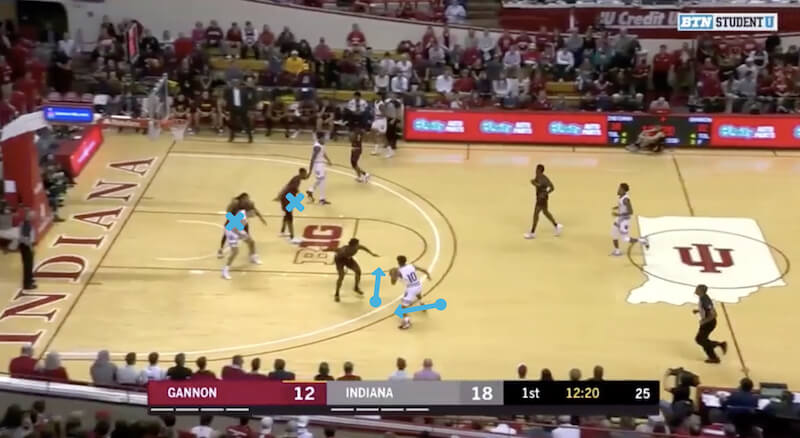 Phinisee has nowhere to go as the defense collapses, so he pulls out: 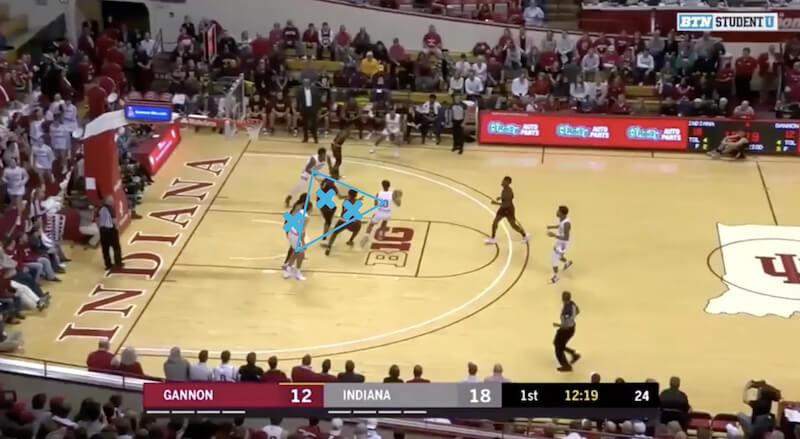 And passes to Franklin on the right wing: 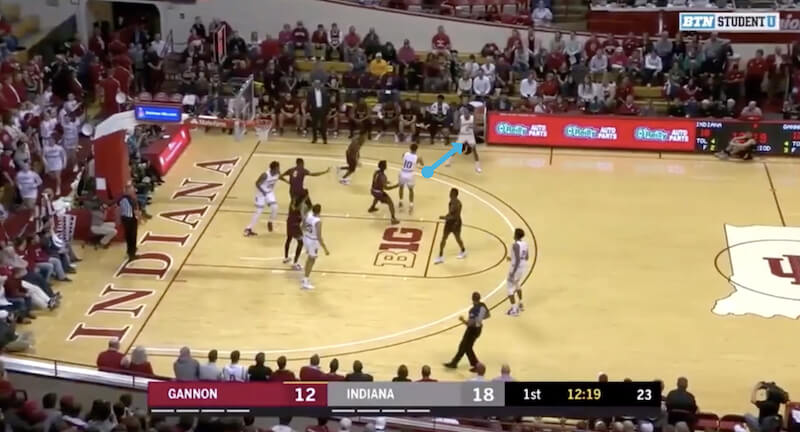 Franklin then tries a similar tactic, driving into the middle where two Golden Knights await: 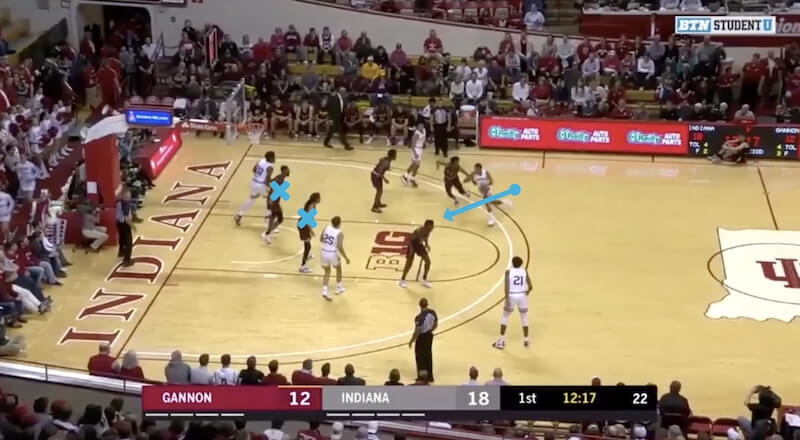 They simply slide up and draw the charge on Franklin: 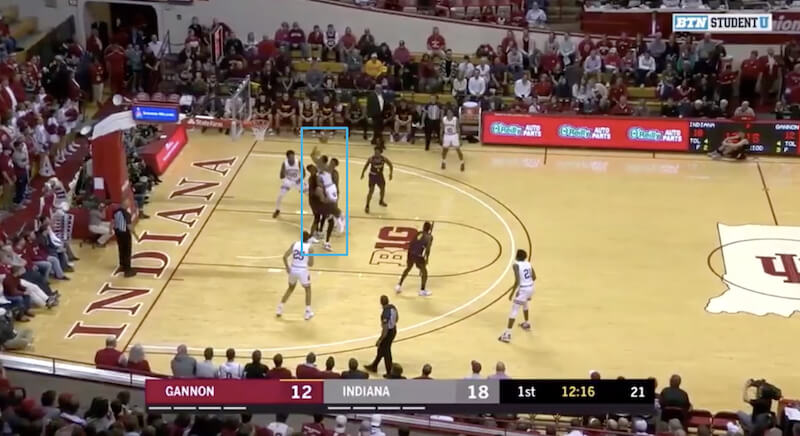 Here’s an example of Indiana trying to push things after a turnover when the defense was already back and set. It’s essentially two of Indiana’s point guards driving to the middle with nowhere to go with little ball movement or flow, leading to a charge call.