Al Durham scored a career-high 22 points in Indiana’s relatively easy first round NIT win against Saint Francis on Tuesday evening. In a game his teammates’ effort waned at times, the hard-working sophomore took no plays off and was rewarded.

We’ll take a look at the variety of ways Durham got buckets in the latest edition of Film Session:

Devonte Green gets beat off the dribble by Isaiah Blackmon. Durham looks on from the left wing: 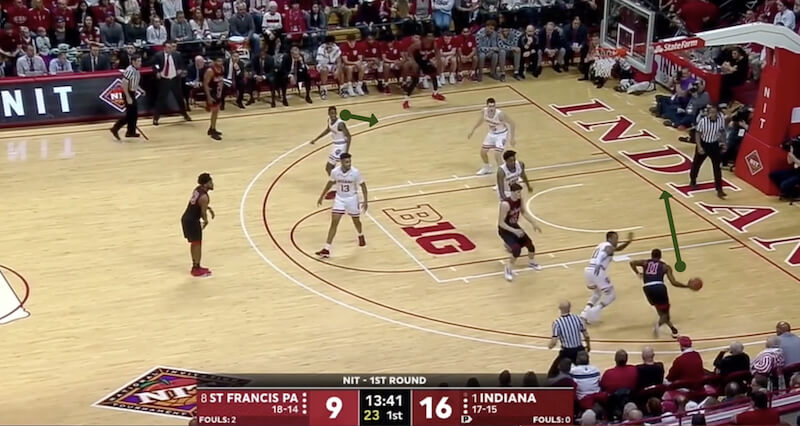 Green is able to give some decent resistance at the rim and Blackmon misses: 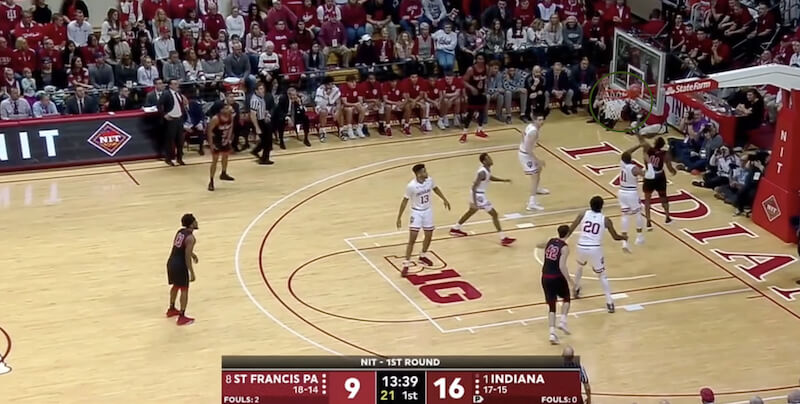 Durham ducks in and is able to corral the rebound: 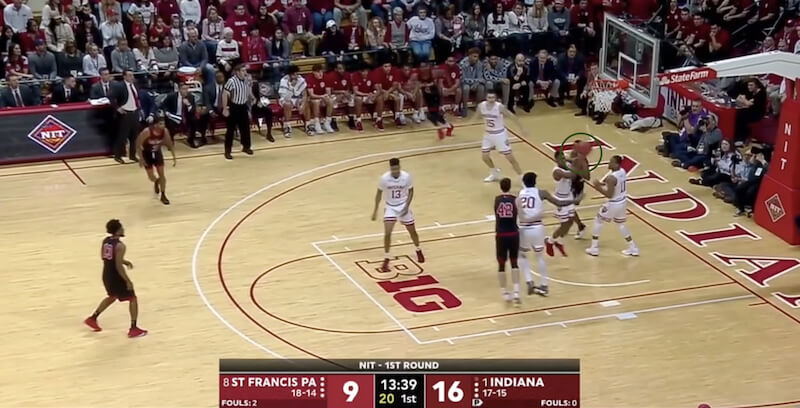 He takes it up the court himself. Across the timeline, he has two defenders ahead: 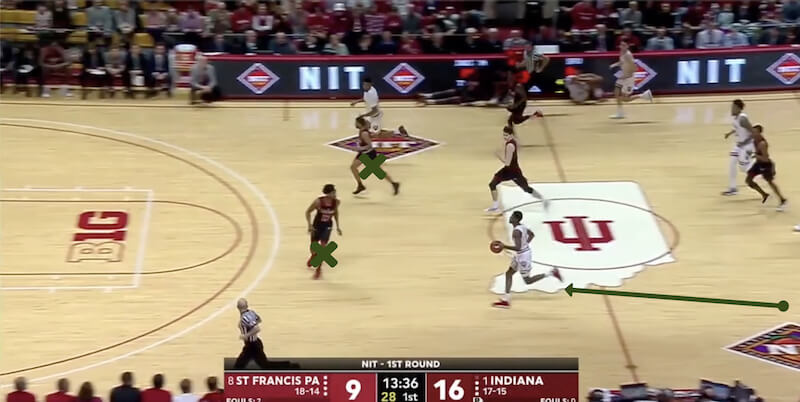 Durham blasts through with a step to the foul line to split them: 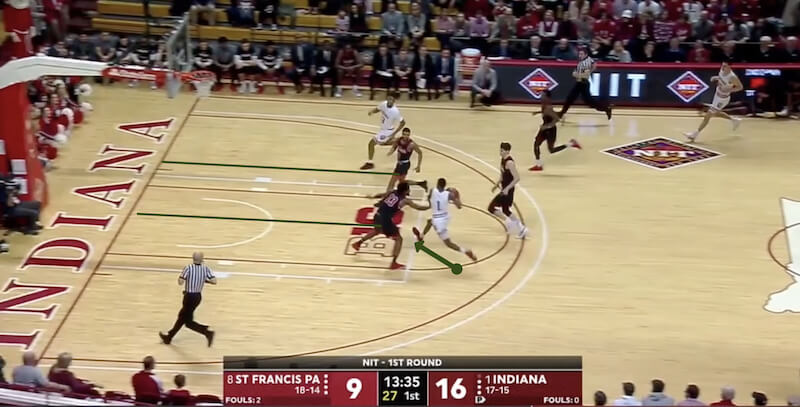 And scores at the rim for two points: 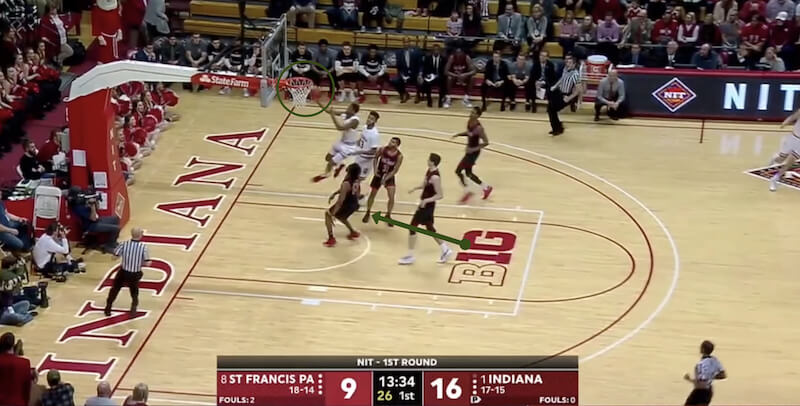 It hasn’t been often Durham has taken things into his owns hands on the break after a defensive rebound, but he’s certainly got the speed to pull it off.

Continue to page 2 to see another Durham transition score: