Green passes to Morgan on the left wing with Durham camped out behind him: 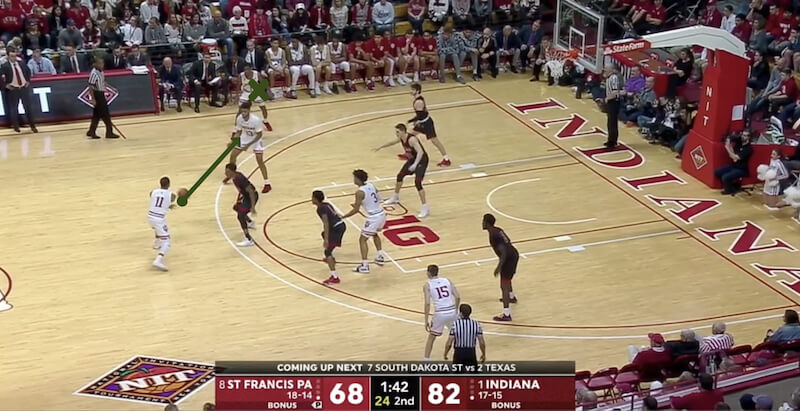 Morgan passes it back to Green as Durham heads into the corner: 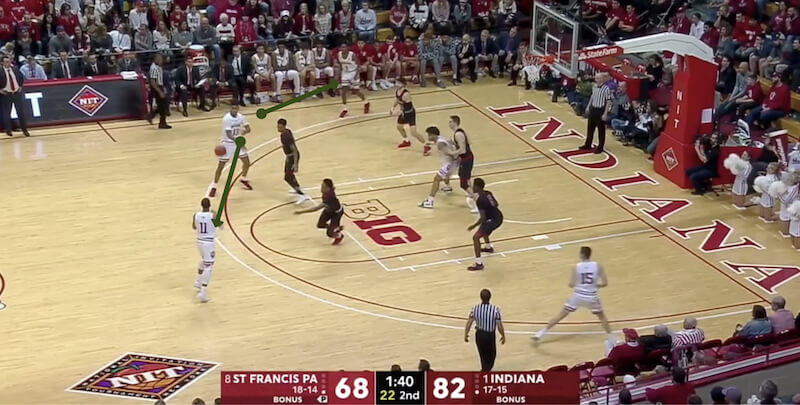 As Morgan heads down to the left high post area, this creates room for Durham on the left wing. He cuts up as Green drives left: 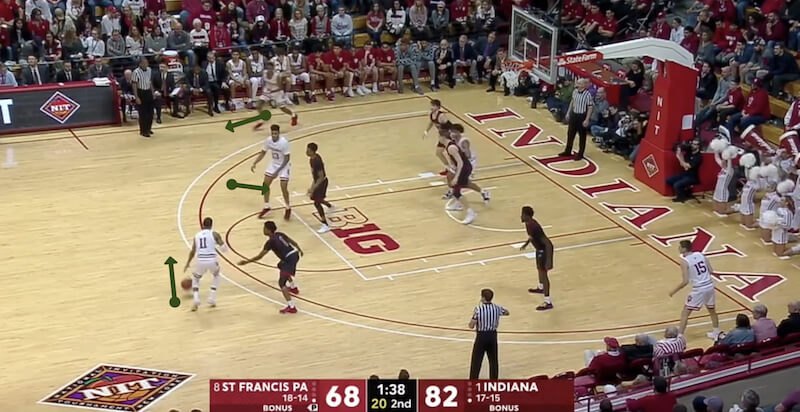 The pass comes and the closeout initially comes from the back line of the zone with Morgan putting a body on Andre Wolford: 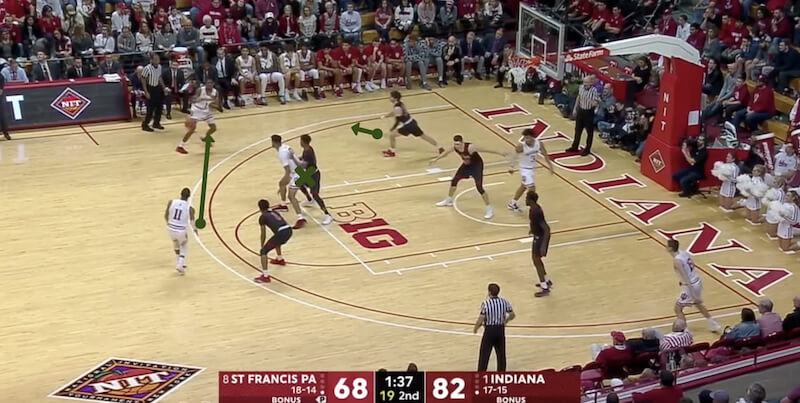 Wolford is able to eventually pop out and offer a decent closeout on Durham, but it doesn’t matter, as he connects: 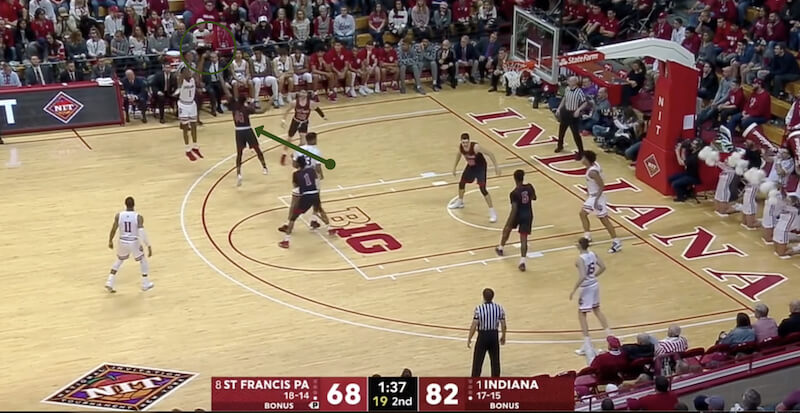 In a season the Hoosiers have struggled from distance, Durham is now shooting 35.6 percent from 3-point range, second on the team amongst regulars to Green (41.6 percent).