In its loss to Ohio State on Sunday afternoon, Indiana got off to a poor start as its offense sputtered. The biggest reason why? Chris Holtman’s game plan. The Buckeyes stuck Kaleb Wesson in the middle of the paint to send extra help to Juwan Morgan and Romeo Langford, as he ignored Justin Smith to an almost unfathomable degree.

While Smith had plenty of room to operate and a number of possessions ended with him, he was only able to muster two points over the first 11 minutes of the contest, emboldening the Buckeyes to continue their defensive scheme of letting him roam free.

When Miller subbed in De’Ron Davis for Smith at the 13:54 mark, things changed. Kaleb Wesson had to guard Davis — and Ohio State often threw a double team at him as well — which allowed Indiana’s offense to have proper flow and better results.

We’ll take a look at nine possessions — six with Smith on the floor and three with Davis — in the latest edition of Film Session:

As Morgan sets a ball screen for Langford, Kaleb Wesson looks on at the action from the paint and Smith has a lot of room on the right wing: 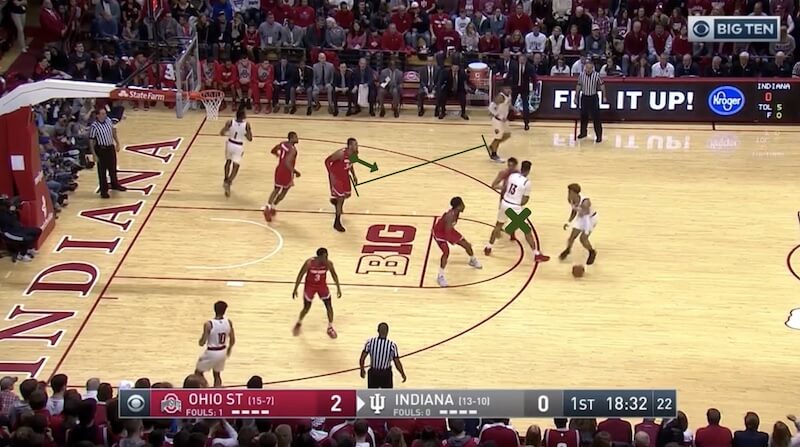 Morgan throws another ball screen on Musa Jallow from the other side and pins him down near the free throw line. Langford briefly contemplates a long 2-pointer, but decides to swing it to Smith, as Kaleb Wesson continues to watch on from the backline: 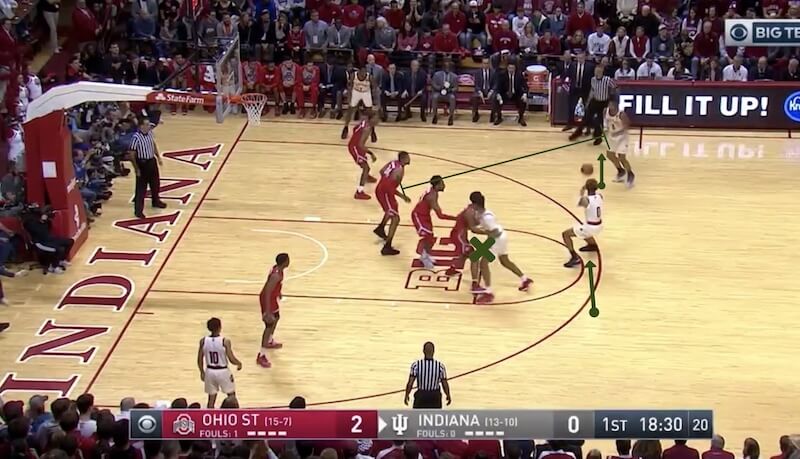 Kaleb Wesson takes just one step out of the lane and doesn’t even attempt a closeout. Instead he watches Smith hoist up the shot with his body facing away from him: 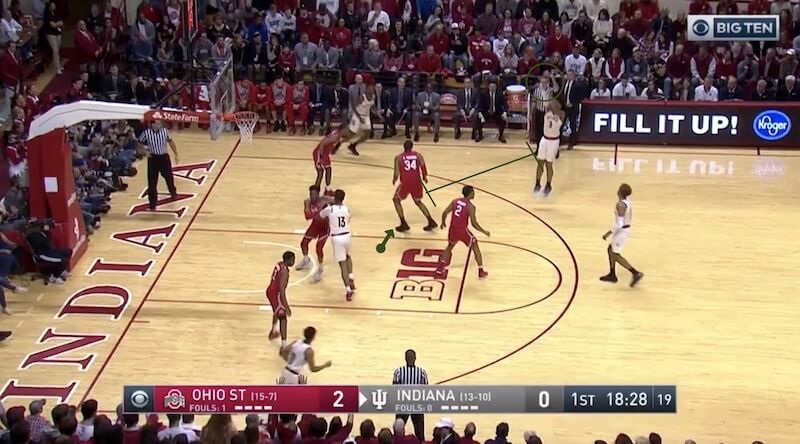 Smith missed the shot and Ohio State grabbed the rebound. Smith is now just 2-of-14 from 3-point range (14.3 percent) in Big Ten play and it’s likely part of the reason the Buckeyes figured they could stick Kaleb Wesson in the paint to help on Morgan and Langford and invite Smith to hoist.

Continue to page 2 to see a Smith score: