As Zach McRoberts fights around a screen, Taylor passes to Falzon on the right wing: 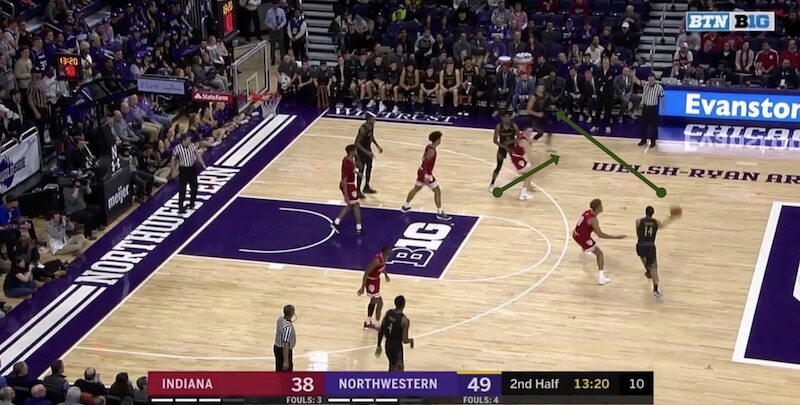 McRoberts is in front of him and squares him up: 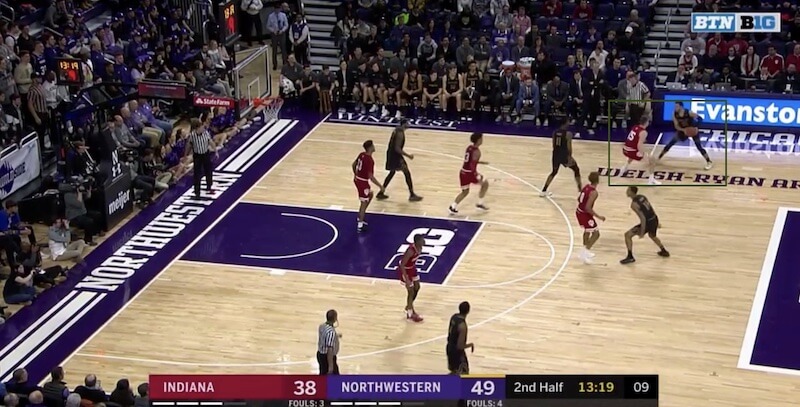 With nothing doing, Falzon passes to Gaines and the ball is loose out near halfcourt: 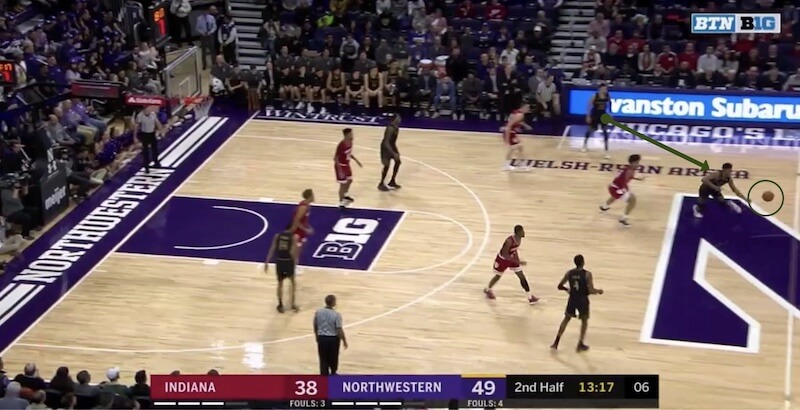 With just a few seconds left on the shot clock, Gaines drives in. McRoberts comes over to help, leaving Falzon space to head down to the right corner: 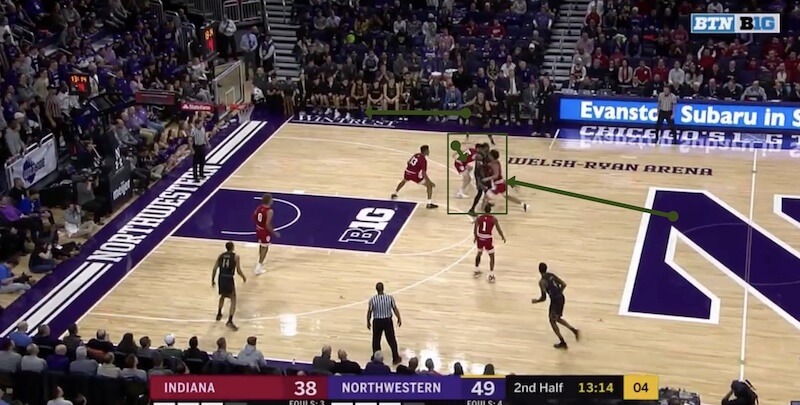 Now it’s Morgan who meets Gaines and he appears to strip the ball loose: 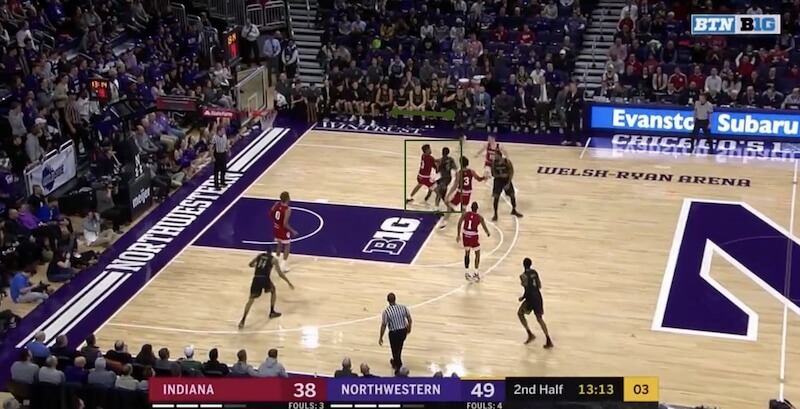 From there, and this is how it appeared live in the stadium, the ball hits and pops off Gaines’ body: 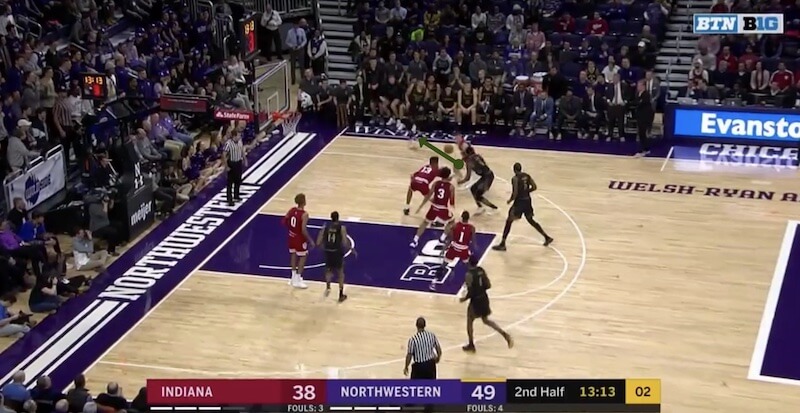 And it happens to land right in Falzon’s pocket, as McRoberts tries to recover: 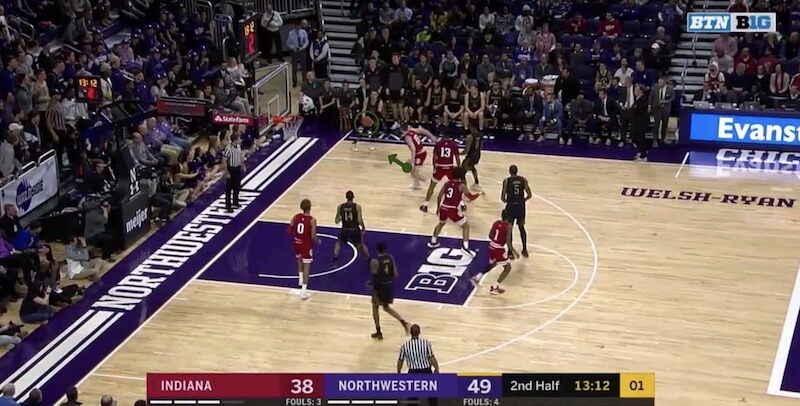 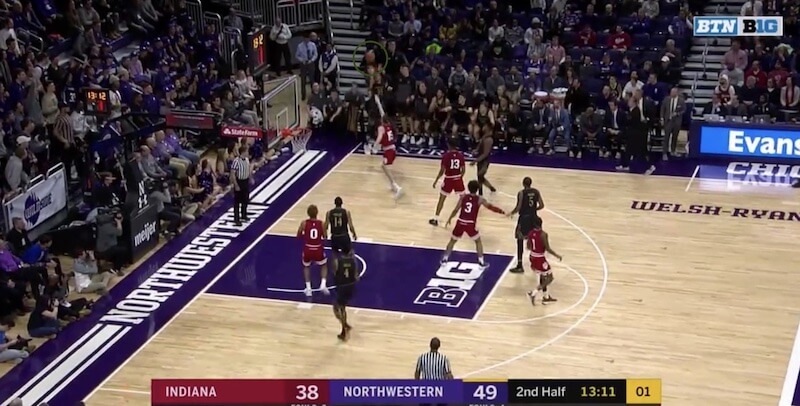 The Wildcats made something out of nothing here, and it was just one of those nights for Falzon.