What to expect: UC Davis 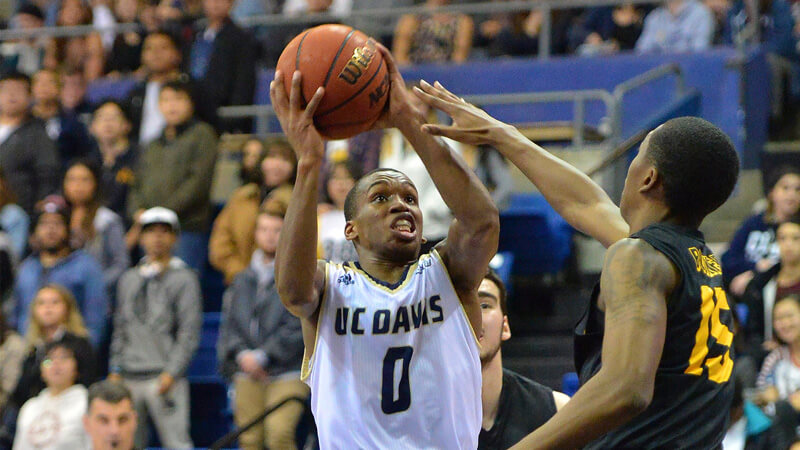 Indiana is back in action on Friday night in the final game of the Hardwood Showcase. The Hoosiers will host UC Davis at 7 p.m. ET at Simon Skjodt Assembly Hall.

The game will be broadcast on BTN Plus with Luke Hallett, Max Bielfeldt and Mary Kate Hamilton on the call:

After a brief scare on Tuesday against UT Arlington, Indiana returns to action on Black Friday in Bloomington.

The primary storyline to follow is pretty clear as injuries continue to pile up for the Hoosiers. Who will Indiana have available? De’Ron Davis (Achilles), Race Thompson (concussion), Devonte Green (thigh) and Zach McRoberts (back) all missed the UT Arlington game and Al Durham Jr. and Romeo Langford were both banged up in the game.

It’s the final tuneup game for Indiana before a tough stretch begins Tuesday at Duke. After the ACC-Big Ten Challenge, Indiana will host Northwestern, travel to Penn State, host Louisville and then play Butler in Indianapolis in the Crossroads Classic.

UC Davis went 22-11 last season and reached the NIT, but the Aggies are just 1-5 this season with their lone win coming in overtime at home over Texas A&M Corpus Christi.

Offense has been a major problem so far for UC Davis as the Aggies rank just 321st in adjusted defensive efficiency.

Shorts is leading the team in scoring (11 ppg), is second in rebounding (5.3 rpg) and is their lead distributor (3.8 apg). Shorts led the Big West in assist rate last season and was second in steal rate and free throw rate. He’s off to a rough start this season as he’s shooting just 36.5 percent from the field and 25 percent on 3s.

Joe Mooney, a 6-foot-7 junior, will play the majority of the backup minutes at the two and three spots. He’s third on the team in scoring at 8.2 points per game.

John is the team’s leading rebounder (5.6 per game) while Goode is making 57.9 percent of his 2s so far. Neufeld, a transfer from Saint Louis, is averaging 5.5 points in 14.5 minutes off the bench.

The key numbers to watch in this game are Indiana’s turnover percentage and how many turnovers the Hoosiers can force UC Davis into making. The Aggies have been dreadful at taking care of the ball through six games (25.2 TO%) and that carelessness with the ball should be a great opportunity for Indiana to create easy scoring opportunities in transition.

The KenPom projection is a comfortable 22-point win for Indiana and Sagarin’s ratings favor Indiana by 29. The Vegas line opened with Indiana as a 22-point favorite.

In the preseason, this looked like a game that could be tricky given that UC Davis made the NCAA tournament in 2017 and the NIT in 2018. But the Aggies have underperformed through six games and are currently sub-250 in KenPom.

This is a game that Indiana would be well served to put away early so that the Hoosiers can play the bench down the stretch and get their starters some rest ahead of Tuesday’s roadtrip to Duke.