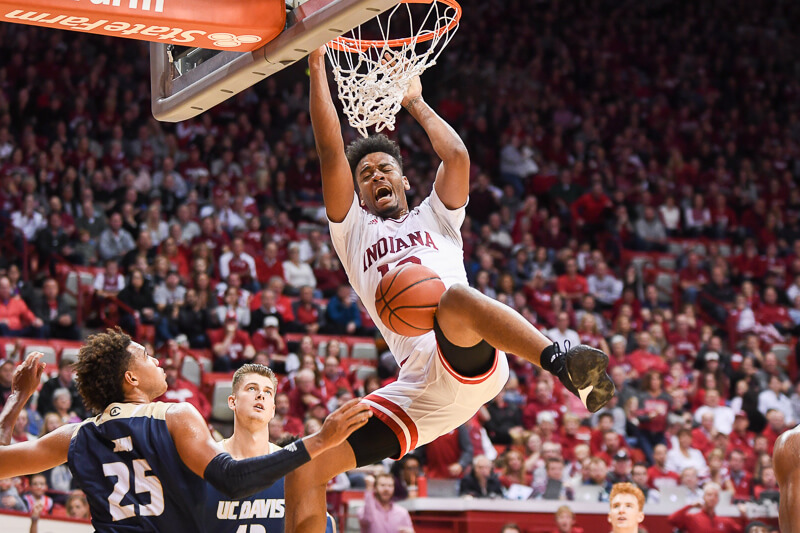 How it happened: As UC Davis opened a 14-point lead in the first half, it looked like Indiana may have another Fort Wayne or Indiana State situation on its hands. The Hoosiers allowed 1.29 points per possession in the first half and appeared fortunate to trail just 38-36 at intermission. UC Davis was getting open 3s and the Aggies were knocking them down with confidence. And when UC Davis led 54-48 with 8:33 to play, there was again a nervous energy in Simon Skjodt Assembly Hall. But Indiana reeled off 14 straight points to grab a 62-54 lead. UC Davis splashed a 3 to get within five at 62-57, but Indiana scored the next 14 points to cruise to a comfortable victory, its fifth of the season.

Standout performer: Juwan Morgan scored 19 of his game-high 31 points in the first half and hit a career-high five 3-pointers. Morgan added 10 rebounds for his third double-double of the season.

Statistic that stands out: Indiana held its sixth straight opponent under a point per possession. UC Davis finished with just .97 points per trip in its sixth loss in seven games.