Here’s some similar action from Marquette, this time with Howard going the opposite way to the left wing: 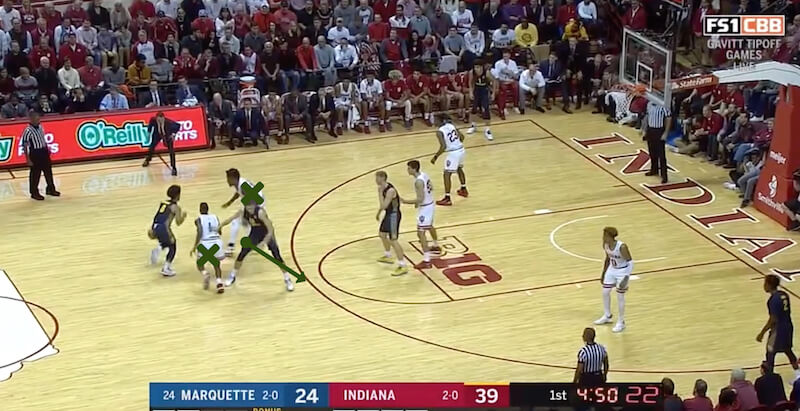 Durham and Davis give chase to the wing. Evan Fitzner has a body on Matt Heldt on the roll as Hauser again moves to the top of the key: 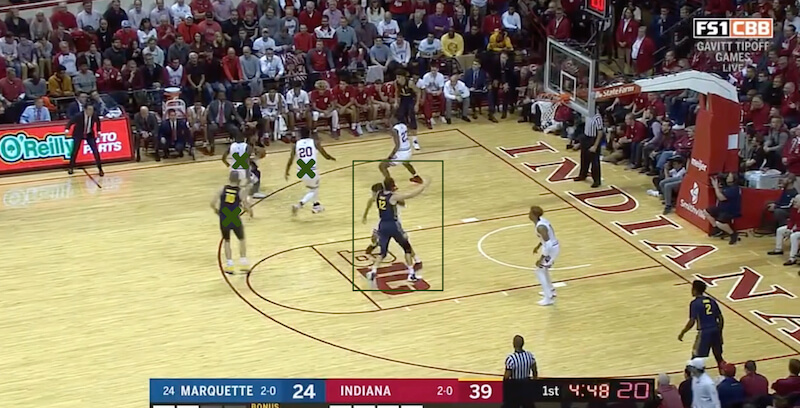 But with Davis close enough to Heldt and Fitzner being hyper aware of Hauser — sprinting out to him even though it’s a clear shot, not a pass — Howard hoists up a semi-contested 3-pointer: 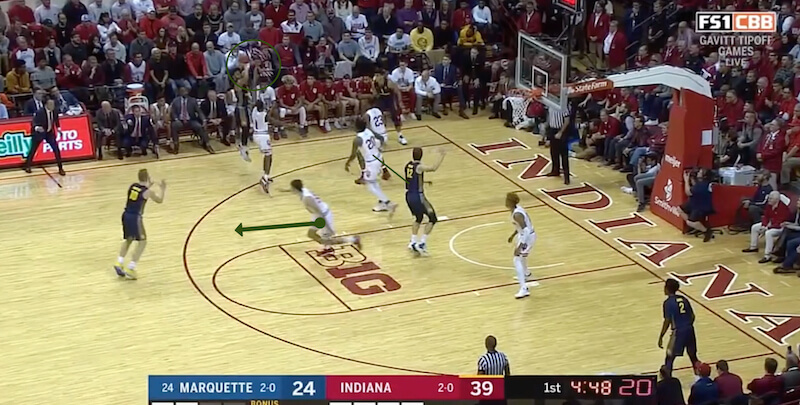 It doesn’t fall and IU recovers the rebound: 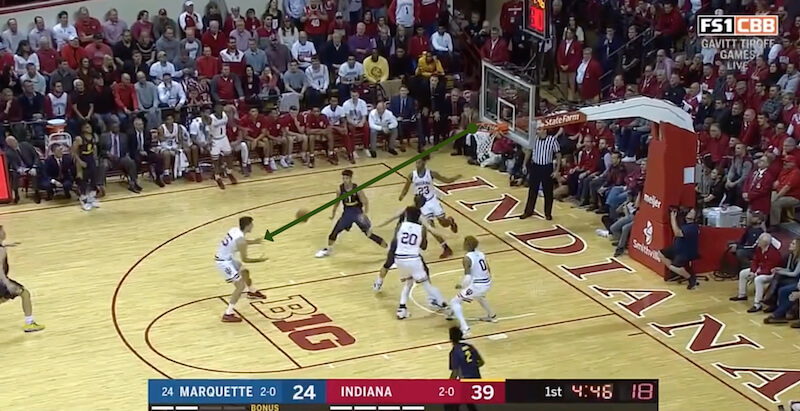 This time around, Marquette had a little less room to operate due to the positioning of Indiana’s defense, which led to an empty possession for the Golden Eagles.