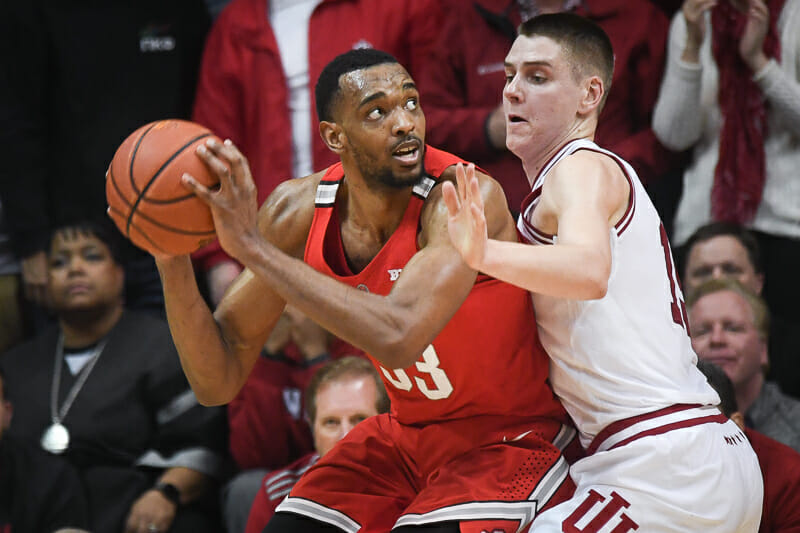 Fourteen more teams earned automatic bids to the NCAA Tournament on Saturday, highlighted by a number of close, entertaining games. From a bracketology standpoint, a few results stood out above the rest:

– Villanova and Kansas cemented their place on the one line by winning the Big East and Big 12 Tournaments, respectively. North Carolina would have made things interesting had they knocked off Virginia in the ACC Final, but Xavier appears to be in good shape for the one seed out West by virtue of UNC’s loss.

– Only one bid thief remains, as Davidson knocked off St. Bonaventure in the Atlantic-10. Bubble teams everywhere will be pulling for Rhode Island to take care of business on Sunday.

– At this point, I think there are just three at-large bids truly up for grabs. In my eyes, there are five teams in the mix for those spots: USC, Arizona State, Saint Mary’s, Louisville, and Middle Tennessee. Oklahoma State has an interesting case as well, but like it or not, I think a RPI dangerously close to 90th is likely a deal-breaker in the eyes of the committee. I plan to spend more time reviewing these profiles on Sunday before I post my final projections.

– Aside from the last few spots, the toughest part of the field to seed runs from the back part of the eight line through the 10 seeds. There simply isn’t much separation between those 9-10 teams.

Here’s a quick reminder of how the selection committee is classifying wins this season:

The projections below are based on all games played through March 10, 2018. Following the bracket, I included a few thoughts on the last four in and other four teams I believe have the best shot to get in.

USC – The Trojans played well in the Pac-12 Final against Arizona, but DeAndre Ayton was simply too much to handle. Even after that loss, USC’s RPI sits in the mid-30s, which suggests they are relatively safe, but the fact remains they have yet to beat a team in the at-large picture.

Arizona State – It’s been a precipitous fall for the Sun Devils, who were ranked in the top five in the nation after beating Xavier and Kansas. The good news is they have home wins over USC and UCLA, a road victory at Utah, and a neutral court win over Kansas State in addition to those two marquee victories. The bad news is they are just 4-6 in quadrant 2 games and have at least five losses to teams with no shot at an at-large. Their profile actually reminds me quite a bit of IU’s profile last season, which doesn’t bode well for ASU.

Louisville – After falling to Virginia once again, the Cardinals are in a difficult spot. The good news is that they don’t have a bad loss, but they also have zero wins against the RPI top 50. The predictive metrics love Louisville, and four of their five best wins have come in road or neutral games. The Cardinals sit in the Top 40 of the RPI as well, and few (if any) major conference teams in that range have been left out of the field in the past.

Middle Tennessee – The Blue Raiders rallied to force overtime against Southern Miss in the C-USA quarterfinals, but they fell behind early in OT and could never recover, suffering their first sub-100 defeat of the season in the process. So now they will have to sweat it out despite a gaudy 16-2 record in the league, a Top 10 non-conference strength of schedule, and an impressive 12-1 mark in true road games. The issue, however, is that MTSU has no wins over at-large caliber teams, although they did lose by single digits to Auburn, Miami, and USC in non-conference play.

Oklahoma State – The Cowboys were unable to beat Kansas for a third time on Thursday, but their at-large case is still an intriguing one. They boast five quadrant 1 wins with no losses to teams outside of the Top 65 of the RPI. The main issues are a RPI around 90th and a non-conference strength of schedule just inside the Top 300. And while head-to-head matchups aren’t everything, Oklahoma State was swept by fellow bubbler Baylor.

Syracuse – The Orange made a second half run at North Carolina but eventually lost by nearly 20 points in the ACC tournament. Last Saturday’s home win over Clemson was a huge one for their at-large case, while road wins at Miami and Louisville also fall in quadrant 1. Bad losses at Georgia Tech and Wake Forest are the biggest issues, and it’s worth noting that 13 of Syracuse’s 20 wins fall in quadrants 3 and 4.