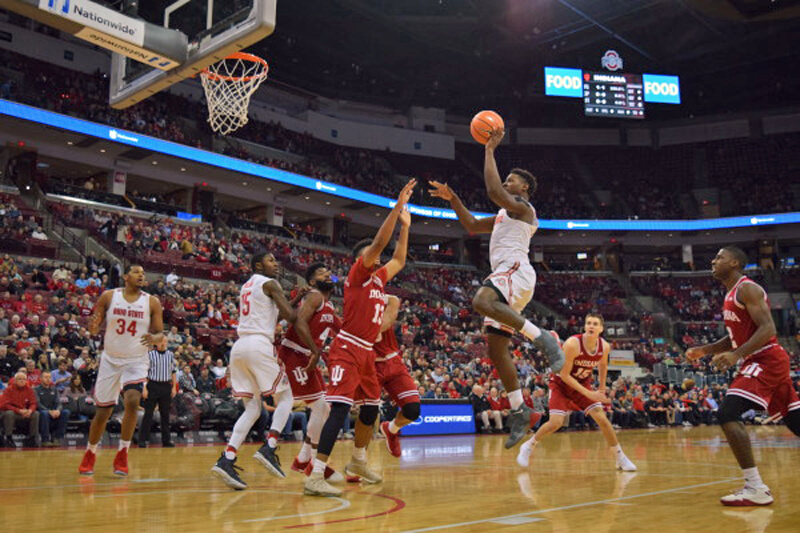 In addition to giving me the answers for 25 percent of this week’s projections, Sunday’s reveal of the top 16 overall seeds reaffirmed that even though the classification of wins has moved to the new quadrant system, the volume of “quality” wins and the ability to win away from home still carry the day when it comes to seeding.

Bruce Rasmussen, the chairman of the selection committee, repeatedly referred to those factors when discussing teams, and it was clear that Oklahoma’s six quadrant 1 victories led to their somewhat surprising inclusion on the four line.

With that as backdrop, I tried to pay particular attention to the volume of wins against quadrants 1 and 2 as well as in road and neutral contests as I put together this week’s projections. They certainly turned out to be a big factor in the last couple of teams included in the field, which I will discuss more after the bracket.

From a bracketology standpoint, the reveal provides an important — albeit small — glimpse into how the committee is making decisions, because ultimately the exercise is to predict what they will do come Selection Sunday.

If I were selecting and seeding the field myself, you would have seen teams like Rhode Island and Gonzaga on the four line in place of Arizona and Oklahoma, and Texas Tech would have likely found itself as a two seed. But that’s now how the committee saw it, so the challenge now is to react to what was revealed and adjust from there.

The projections below are based on all games played through February 12, 2018. Following the bracket, I included a few thoughts on the last four in and first five out.

Kansas State – The Wildcats split games last week, winning at Texas before falling at home to Texas Tech. Ultimately four quadrant 1 wins and a 6-4 mark in road and neutral games should propel K-State into the field, but their non-conference strength of schedule ranks among the nation’s worst. For what it’s worth, I think there is a decent amount of separation between the Wildcats and the next three teams.

NC State – A pair of losses last week have the Wolfpack back on the cut line. All four of their quadrant 1 victories have come against teams in the RPI Top 25, but outside of that, the most notable things on their profile are losses to UNC Greensboro and Northern Iowa, both of which fall into quadrant 3.  NC State is just 2-4 in true road games and owns a non-conference strength of schedule in the 270s.

UCLA – The Bruins pulled off a huge road win at Arizona on Thursday before losing at Arizona State on Saturday night. They now have two quadrant 1 victories to go with home wins over fellow bubblers Washington and USC as well as bubble hopeful Utah. Road losses to Stanford and Oregon State don’t help matters and have contributed to a less than impressive 2-5 mark in true road games.

LSU – This is definitely a selection influenced by Sunday’s reveal. Sure, the Tigers have 10 losses, but they also have five quadrant 1 wins, including road victories at Texas A&M and Arkansas. Overall, they have six wins over teams in legitimate at-large contention, but home losses to Georgia and Stephen F. Austin along with a road defeat at Vanderbilt work to offset those positives, leaving LSU firmly on the bubble.

Syracuse – The Orange avoided slip-ups against Wake Forest and Pitt last week, but as of now they have just one quadrant 1 victory and only two wins over at-large caliber teams. Five of their final six games come against NCAA tournament locks or hopefuls, providing a huge opportunity for the Orange to play their way into the field.

USC – Following losses at Arizona State and Arizona last week, the Trojans are on the outside looking in for me. Their only quadrant 1 victories have come against mid-majors Middle Tennessee and New Mexico State, who would be uncertain candidates for an at-large if they fail to win their respective conference tournaments. Outside of that, USC’s best wins came at home against Utah and Colorado. Four road wins certainly help the Trojans, but for now they are right on the cut line.

Baylor – Monday’s double-OT victory at Texas extended Baylor’s winning streak to four games. The Bears don’t really have a bad loss, but they are two games under .500 against quadrants 1-3 and are 2-7 in true road games. Still, they own a sweep of Texas to go with victories at home against Kansas and on a neutral court against Creighton. Next up are home dates with Texas Tech and West Virginia.

St. Bonaventure – The Bonnies have now won six straight, but this year’s A-10 simply doesn’t provide chances for quality wins. As it stands, St. Bonaventure has three quadrant one wins, but only one of those (on the road at Syracuse) came against a team in the at-large picture. Road losses to Dayton and Davidson both fall in quadrant 2, but defeats on the road against St. Joseph’s and at home versus Niagara are the biggest issues at this point.

Temple – This is another interesting case. On the one hand, the Owls boast quadrant 1 wins over Clemson, Auburn, and Wichita State to go with a total of seven victories that fall in quadrants 1 and 2. On the other, Temple has four losses in quadrants 3 and 4, which may prove too much to overcome. This week’s games at Wichita State and at home against Houston are absolutely critical.