Freddie McSwain gets a baseline out of bound pass on the left wing: 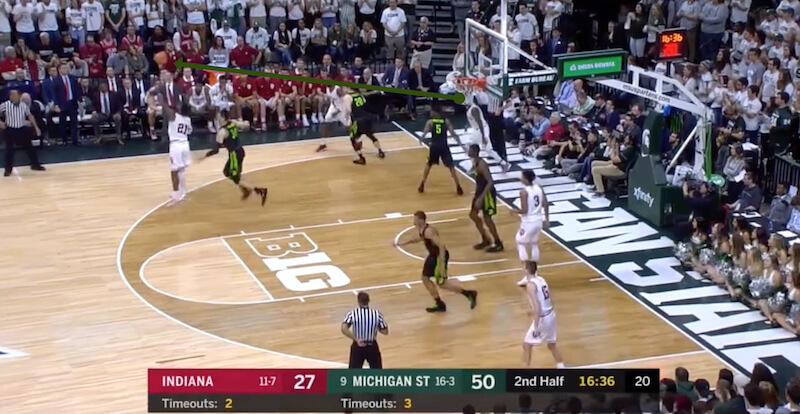 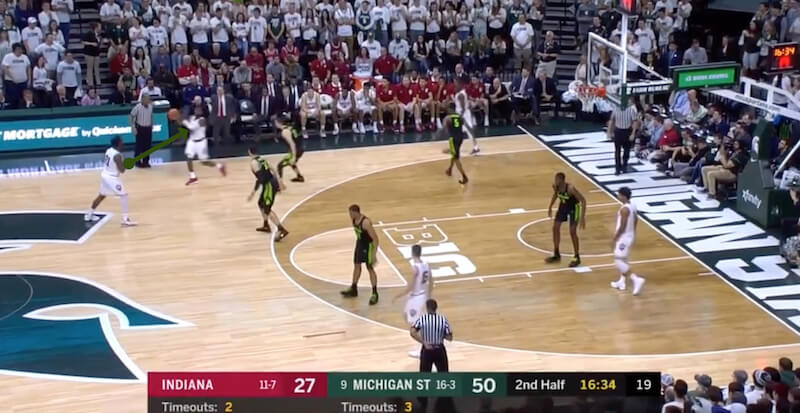 McSwain looks to be coming up for a ball screen, but doesn’t ever get a body on Matt McQuaid. But McQuaid angles his body open a bit in anticipation of a screen, which gives Johnson a tiny advantage left: 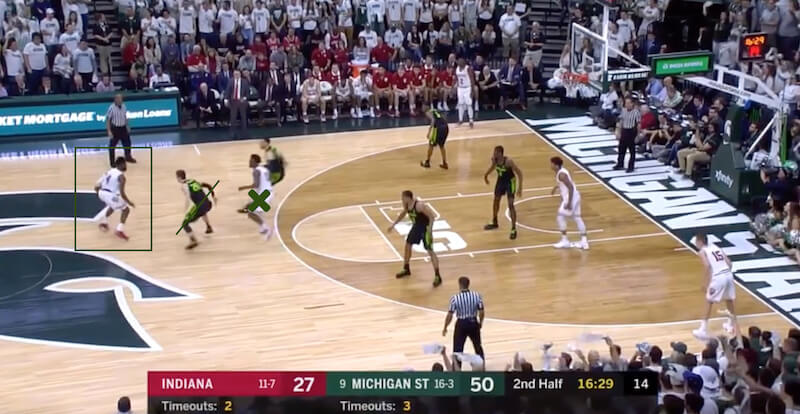 Johnson drives through off the perimeter: 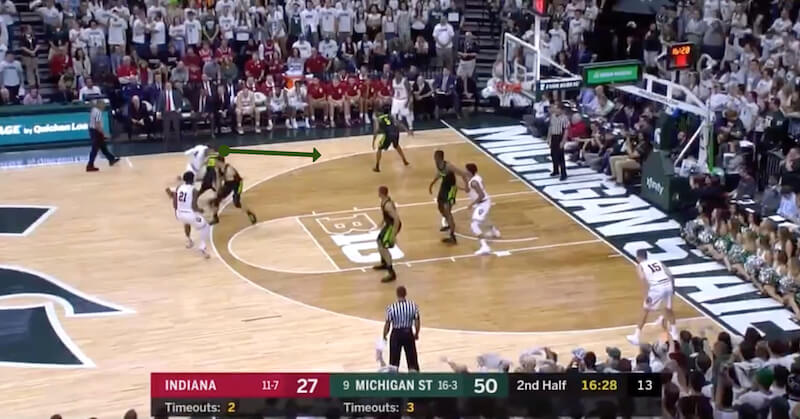 As he near the paint, Jackson Jr. readies to defend the shot: 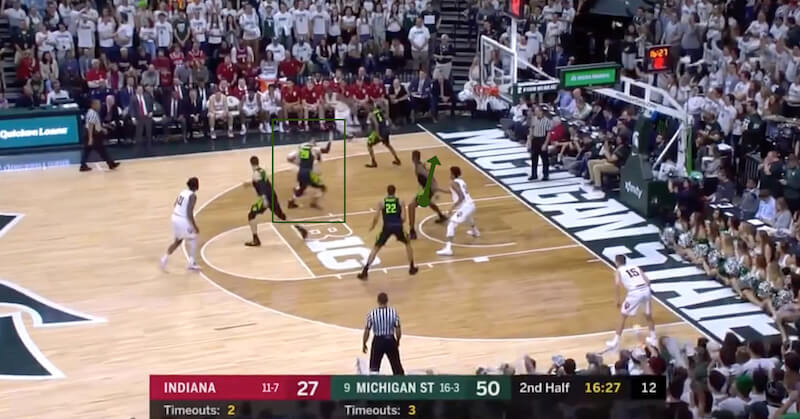 But Johnson is able to get it up and over his reach for the bucket:

Continue to page 4 to see a Johnson mid-range score: