Zach McRoberts has the ball on the right wing. Josh Newkirk sets a back screen for Morgan as he heads down to the right low block. Johnson hangs on the left wing: 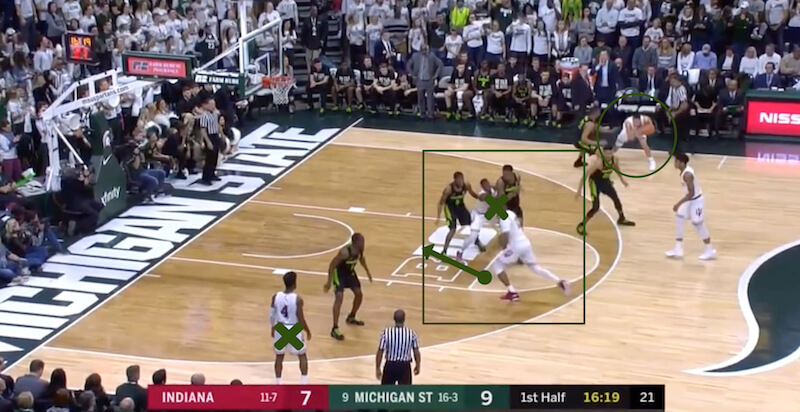 As the pass comes down to Morgan on the block, he’s picked up by two Spartans, which has Langford gliding over to Newkirk: 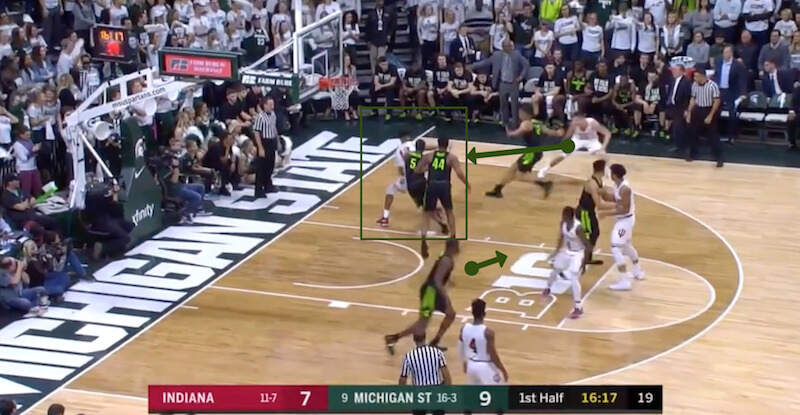 With all of MSU’s defense spying the ball with their back to him, Johnson has room on the left wing to move down to the corner: 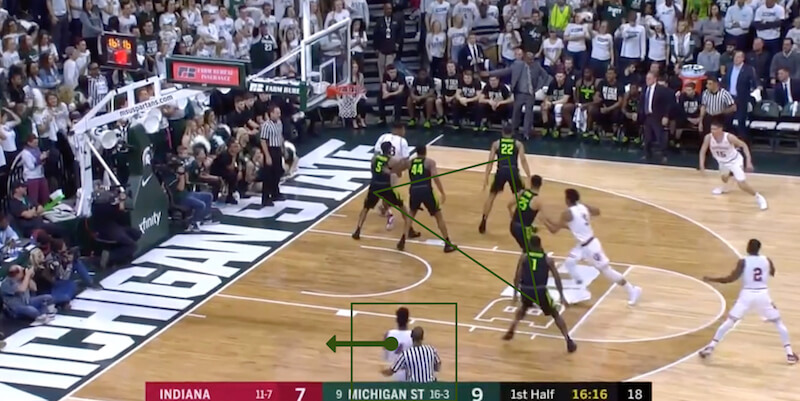 Morgan spins and passes with Langford near the paint still: 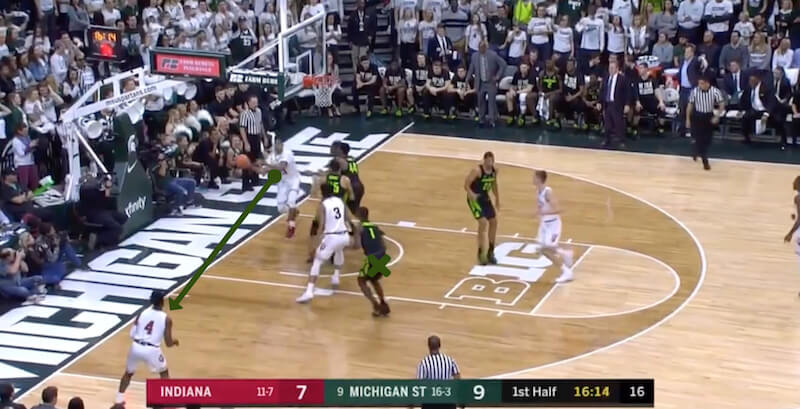 This gives Johnson room to rise up and score: 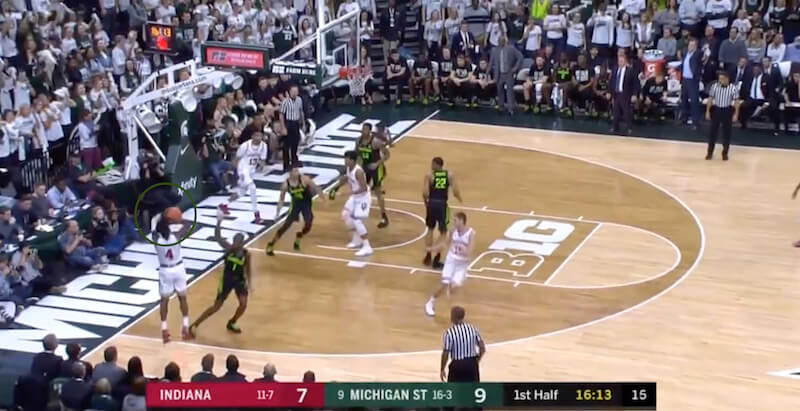 While Indiana didn’t have much success inside in the first half, this was one exception where they got Michigan State’s defense moving enough to free a shooter and Johnson made the Spartans pay.

Continue to page 3 to see a Johnson drive: