Indiana played a strong second half against South Florida on Sunday night, holding the Bulls to just 19 points while running some sharp offensive sets on the other end of the court.

We’ll take a look at some key plays from IU’s second half run in the latest edition of Film Session:

Malik Martin misses a 3-pointer on the left wing but recovers his own shot on the long rebound: 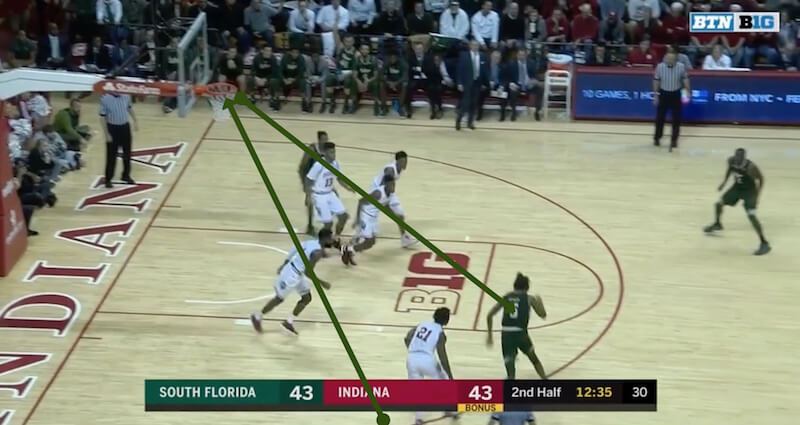 Martin looks to thread a pass to Tulio Da Silva: 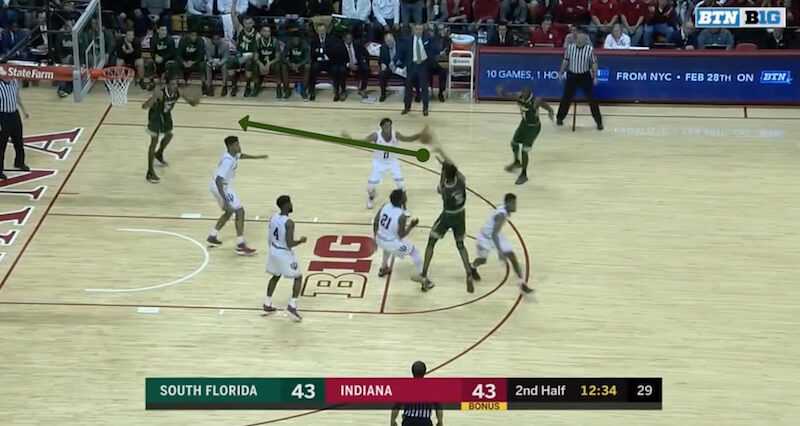 But Juwan Morgan jumps the passing lane and comes up with the steal: 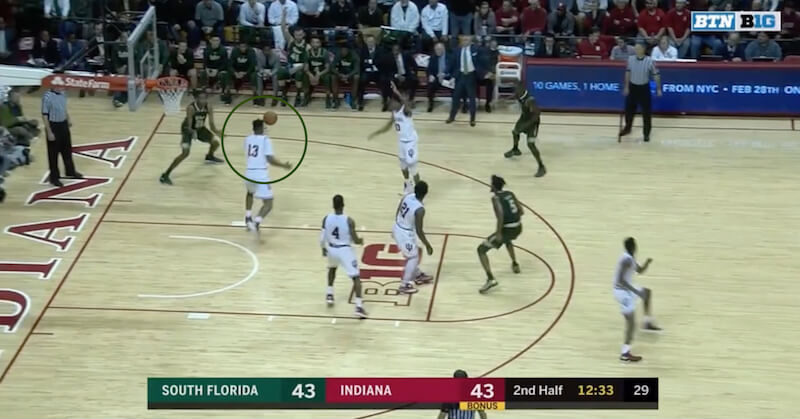 Morgan brings it across halfcourt and passes to Curtis Jones: 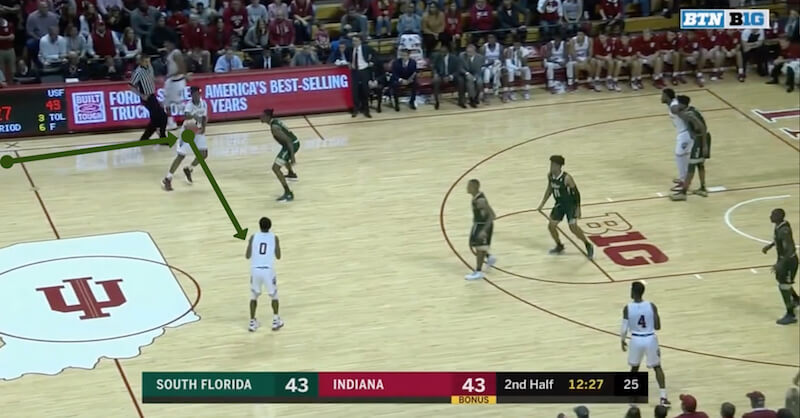 The ball eventually makes it back to Morgan at the top of the key and he asks for Robert Johnson to clear out of the right wing: 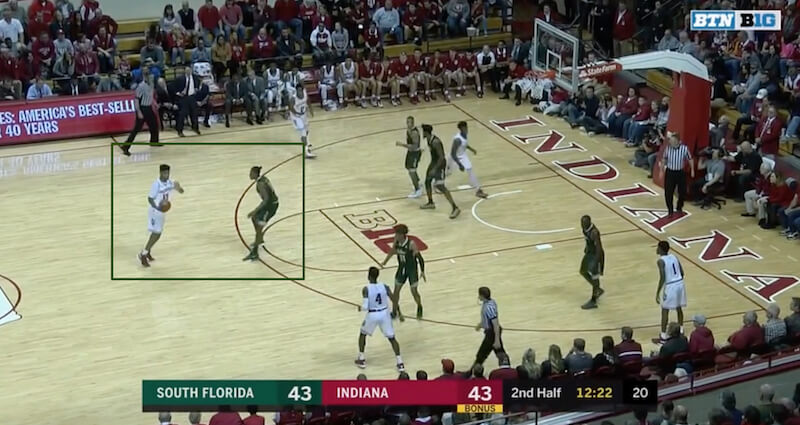 Morgan and Al Durham Jr. look like they’re headed for a handoff on the right wing: 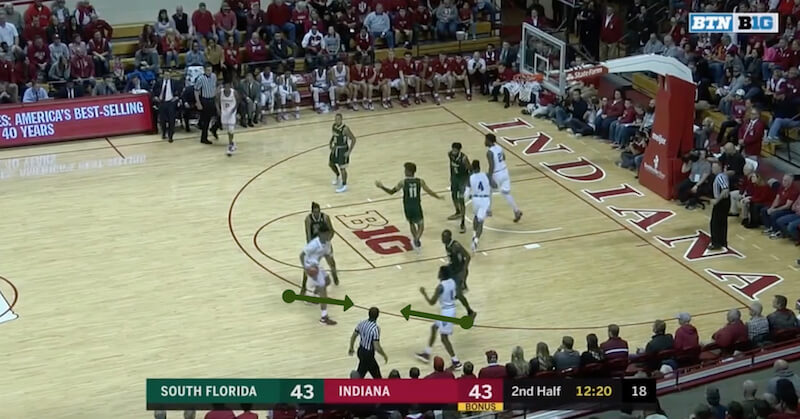 But Morgan slips the handoff and splits the defense in the process: 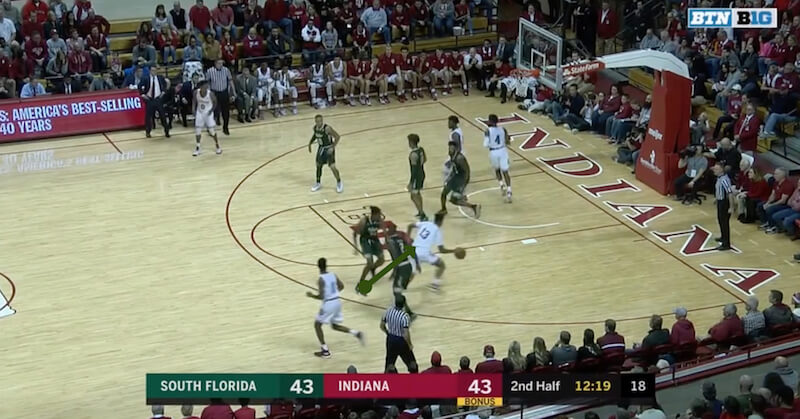 He’s met in the paint but steps around the defense: 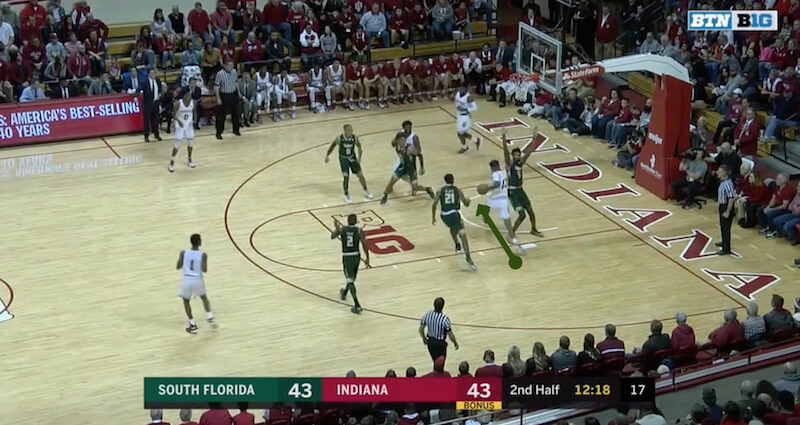 And puts it in for two on the left side of the hoop: 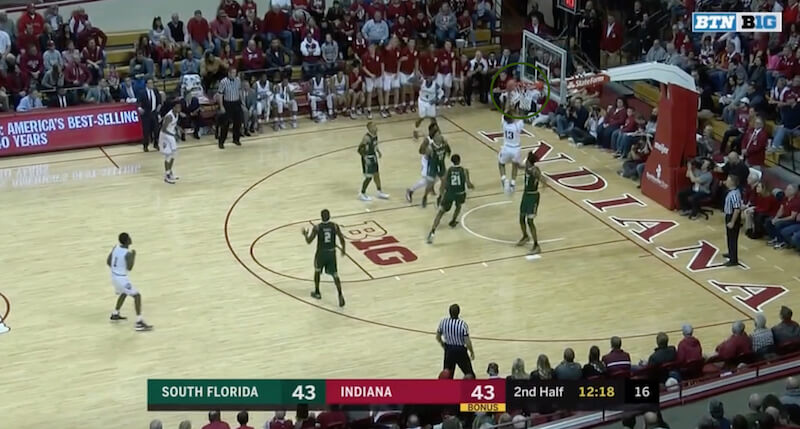 As this sequence illustrates, Morgan was active on both sides of the ball Sunday en route to his double-double (15 points, 10 rebounds).

Continue to page 2 to see a set that results in a De’Ron Davis score: