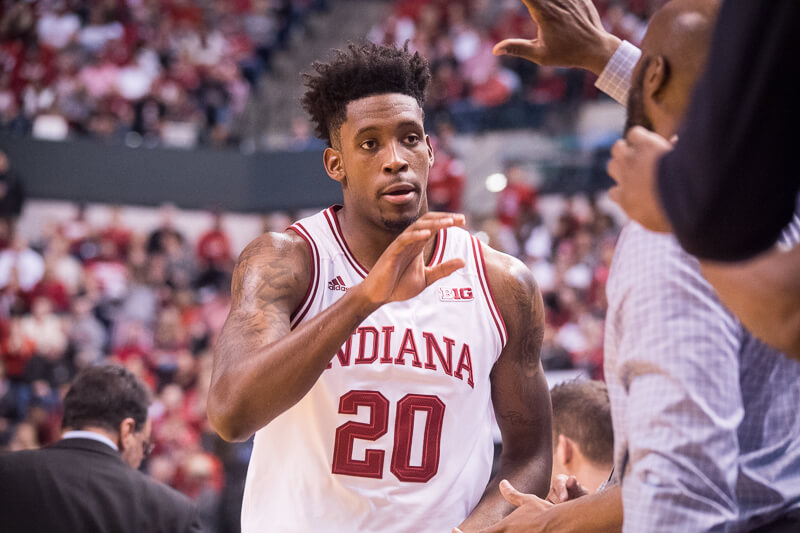 Here are some notes on Indiana and the Big Ten at-large from the annual publication. (You can purchase the regional cover featuring Johnson here. The magazine also features a two-page story on Archie and Sean Miller.)

· Bridges is Lindy’s pick for Big Ten player of the year, Minnesota’s Reggie Lynch is the pick for best defensive player, Michigan State’s Jaren Jackson is regarded as the league’s best newcomer and Ohio State’s Jae’Sean Tate is listed as the league’s most versatile player.

· The Big Ten is rated as the nation’s second best conference behind the ACC.

· Lindy’s ranked the top 25 players at each position and here are the Big Ten players represented:

· Michigan State is ranked as the eighth best backcourt unit nationally and Minnesota is ninth. The Spartans are ranked third in Lindy’s top frontcourt rankings.