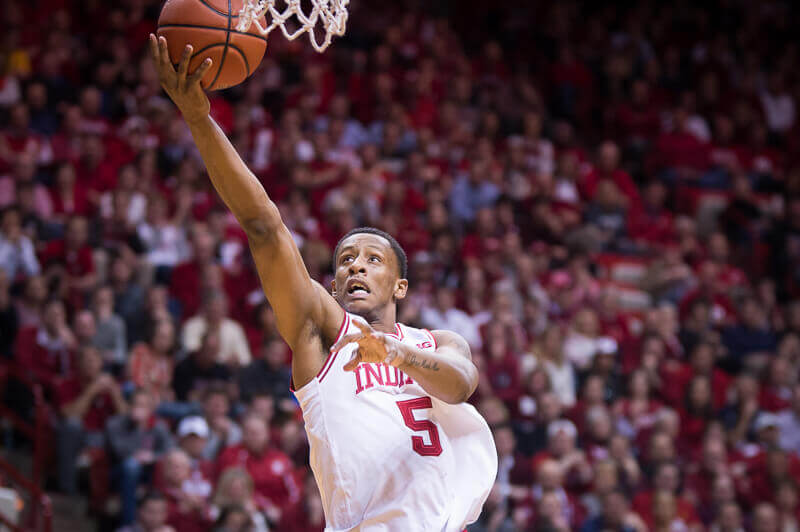 The Utah and Orlando NBA summer leagues have already tipped off and the Vegas Summer League begins Friday.

Several former Hoosiers are participating and here’s a rundown of when you can catch each of them in action on NBA TV and the ESPN family of networks:

· James Blackmon Jr., Philadelphia (Utah and Vegas Summer Leagues): Blackmon Jr. didn’t play in Philadelphia’s first game in Utah, but it was a scheduled night off as the 76ers are only going to play nine or ten players per game. Expect Blackmon Jr. to make his summer league debut tonight on NBA TV at 9 p.m. ET as Philadelphia takes on Utah.

· Yogi Ferrell, Dallas (Vegas Summer League): Ferrell’s team option for next season was recently picked up by the Mavericks and he’ll be in Vegas along with lottery pick Dennis Smith Jr.

· Troy Williams, Houston (Vegas Summer League): Williams has an opportunity to stick in Houston next season as the Rockets need to fill roster spots following their trade for Chris Paul. He’ll get his chance to make a strong impression beginning Friday night.

· Thomas Bryant, Los Angeles Lakers (Vegas Summer League): As a second round pick, Bryant doesn’t have a guaranteed contract in Los Angeles. But the Lakers recently waived Tarik Black, which could open a spot up for Bryant if he plays well this summer and in the fall in training camp.

· Will Sheehey, Toronto (Vegas Summer League): Sheehey played with Toronto’s Development League affiliate, Raptors 905, last season and will play in Vegas as well. OG Anunoby is also listed on the Raptors roster, but will not play due to injury.

You can access the full NBA Summer League schedule here.