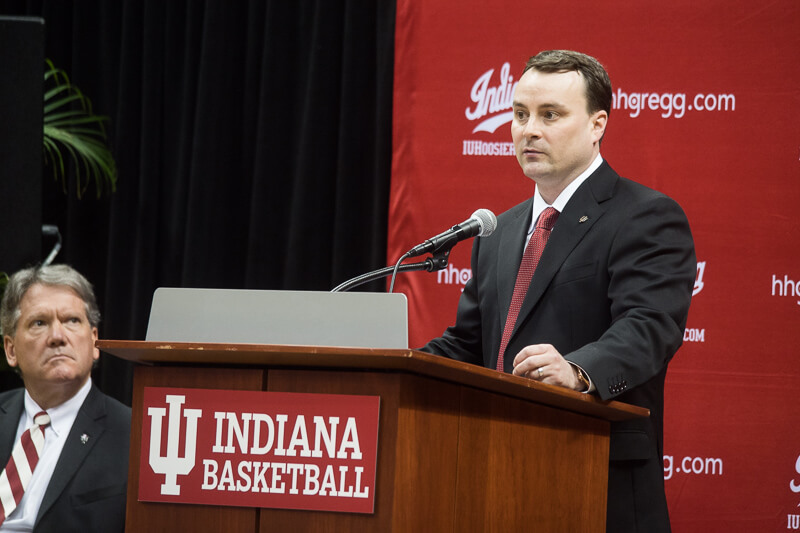 Indiana released the full terms of Archie Miller’s contract early Tuesday morning and the eight-year deal is worth an average of $3.35 million in annual compensation.

According to the terms of the contract, Miller will be paid a base salary of $550,000 per year and will earn an between $1.65 and $1.95 million annually in outside marketing and promotional income.

Bonuses are also a big part of the deal, as outlined below:

Additionally, the deal states that the university agreed to pay up to $500,000 to the University of Dayton to “pay the liquidated damages that the Employee may own for the early termination of Employee’s contract.”

Miller will also have access to eight football season tickets, eight passes to all other IU Athletics’ competitions, two parking passes for football, two parking passes for men’s basketball, season credentials for football, season credentials for men’s basketball, unlimited family use of IU golf course and driving range and adidas apparel and gear as specified in the agreement.

Here are the terms of Miller’s buyout, if he leaves for another job:

If Indiana terminates Miller, here are the terms of his buyout:

The complete contract can be viewed below: