In the closing minutes of Indiana’s first Big Ten road contest of the season, the Terrapins executed just a bit more to pull out the victory.

We’ll take a look at a couple of key possessions down the stretch in the latest edition of Film Session:

With the Hoosiers up two points with under two minutes to go, Anthony Cowan has the ball out past the right wing. On the weak side, Damonte Dodd sets a screen for Kevin Huerter: 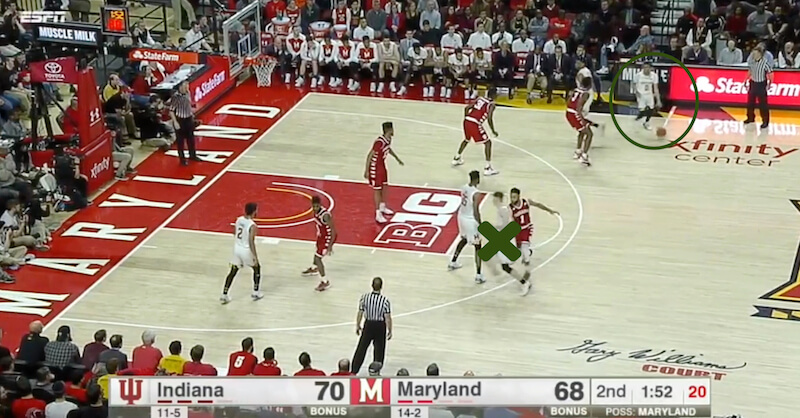 Huerter moves down and sets a screen for Melo Trimble: 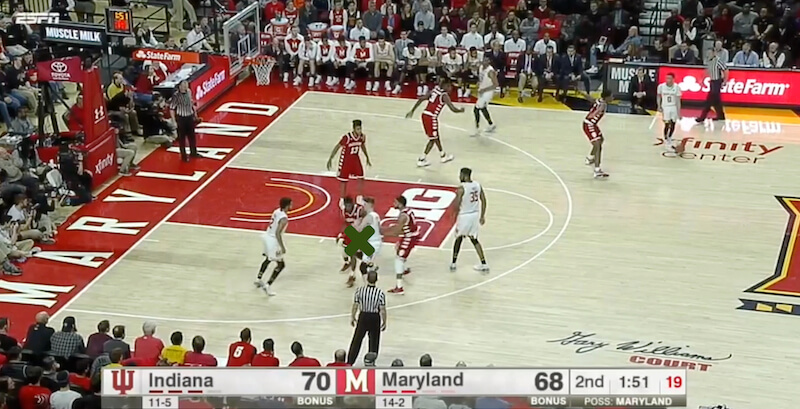 Trimble ends up cutting across the court and Robert Johnson follows. Blackmon Jr. has his body facing their way as Huerter begins to cut back up with Dodd setting a screen: 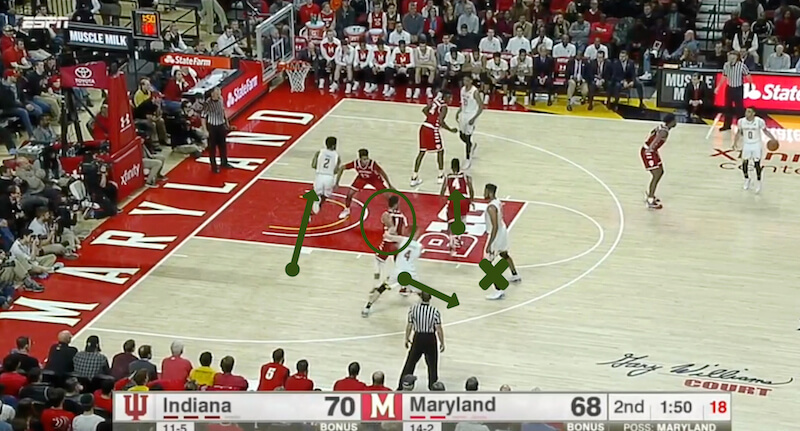 Blackmon Jr. goes around the front side of the screen as the pass comes from Cowan: 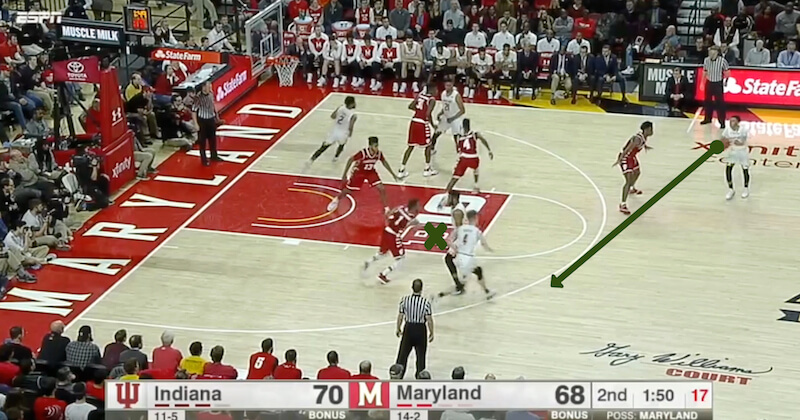 It all allows space for Huerter: 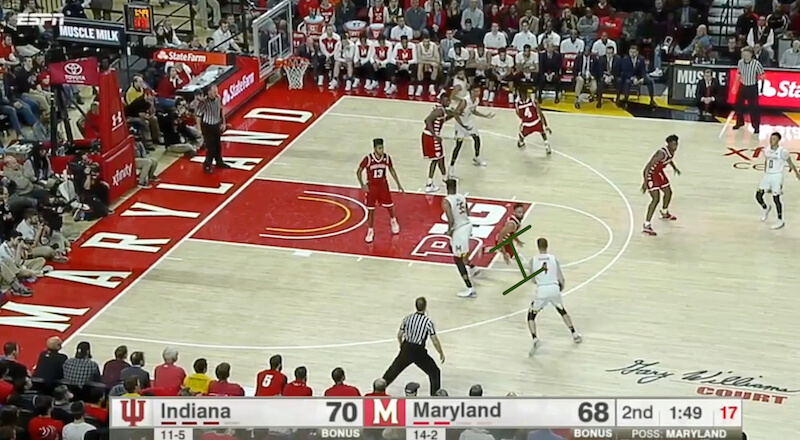 And he knocks down the 3-pointer to put Maryland up a point: 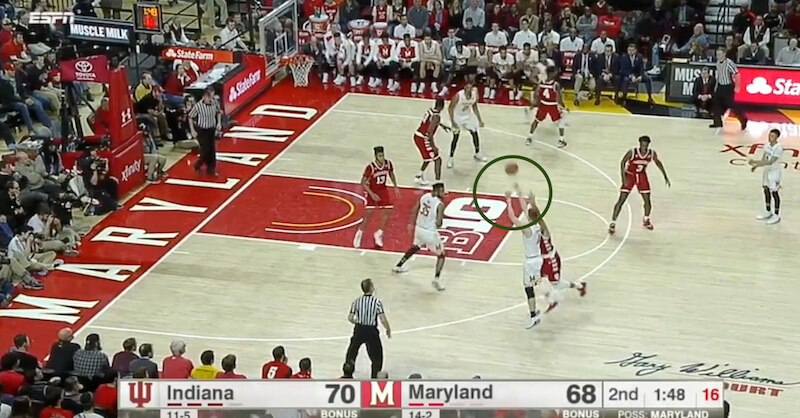