In Indiana’s win over Mississippi Valley State, Zach McRoberts and Curtis Jones were standout performers. McRoberts got the start in place of an injured James Blackmon Jr. and did a little bit of everything for the Hoosiers. Jones scored nine points, dished out five assists and showed he can push the pace for Indiana in transition.

We’ll take a look at a few plays involving each in the latest edition of Film Session:

Josh Newkirk calls for McRoberts to set a ball screen near the left wing: 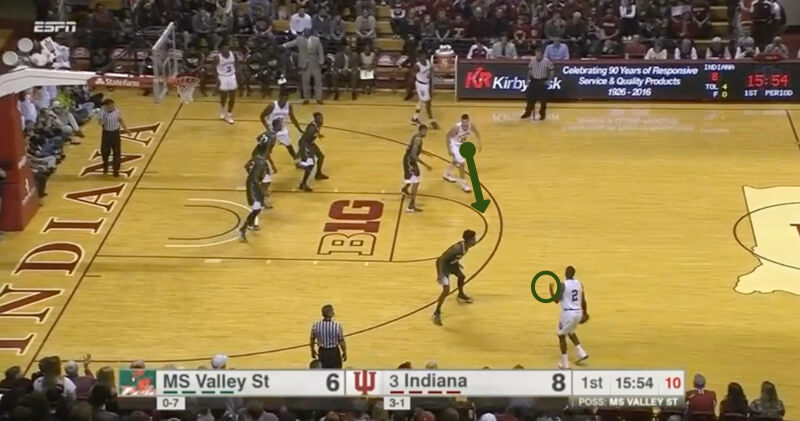 Seeing space to the rim on his left, Newkirk instead drives that way as McRoberts comes over: 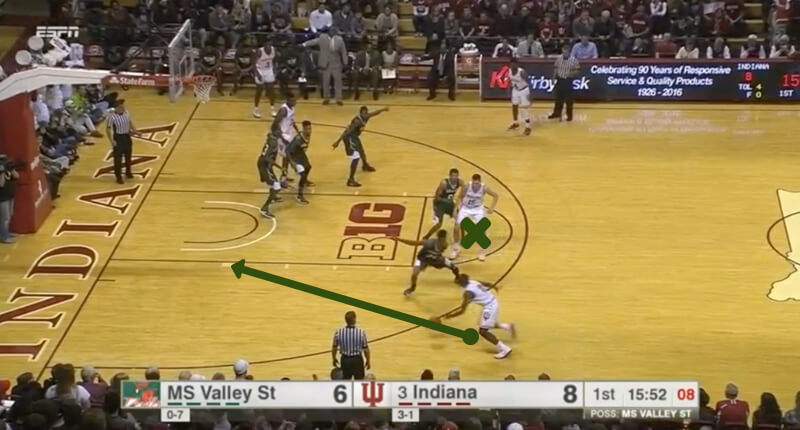 Newkirk gets all the way to the baseline and attracts the defense. He kicks it out to Robert Johnson on the perimeter: 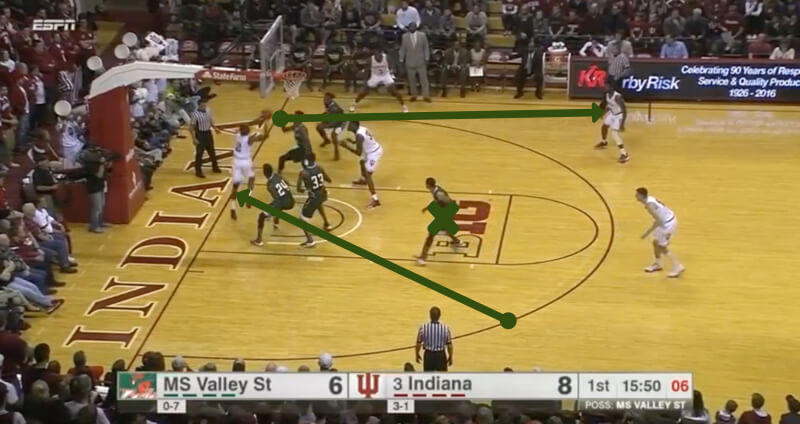 With McRoberts’ man rotated over to Johnson and the ball, he begins to move left as he receives the pass from Johnson: 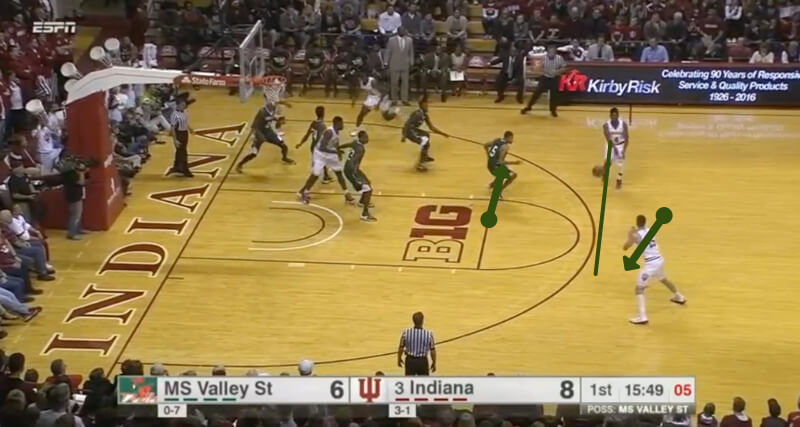 McRoberts confidently steps into the wide open shot and connects on the 3-pointer: 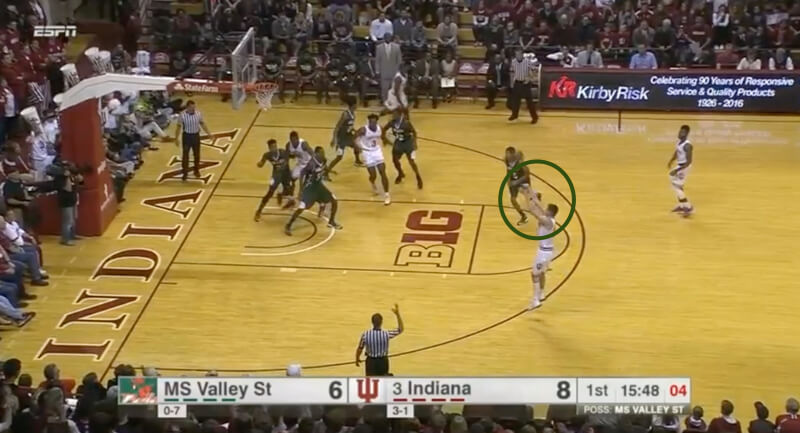 If McRoberts is going to continue to see time in Indiana’s rotation, he’ll be more valuable if he’s a threat to score. He looked capable here, though these were his only three points of the contest in 19 minutes of action.