In Indiana’s Big Ten clinching win over Iowa on Tuesday night, Nick Zeisloft started his second straight game for Robert Johnson and again came through in a big way.

Not only did the redshirt senior score an efficient 11 points (4-of-5, 3-of-4 from deep), but he added four rebounds and a key steal in the second half.

We’ll take a look at two of his scores, a rebound and his steal in the latest edition of Film Session:

On Indiana’s final play of the first half — mentioned in the lede of TMA — Zeisloft takes total control. He first motions to Harrison Niego to stick over on the far left side of the court: 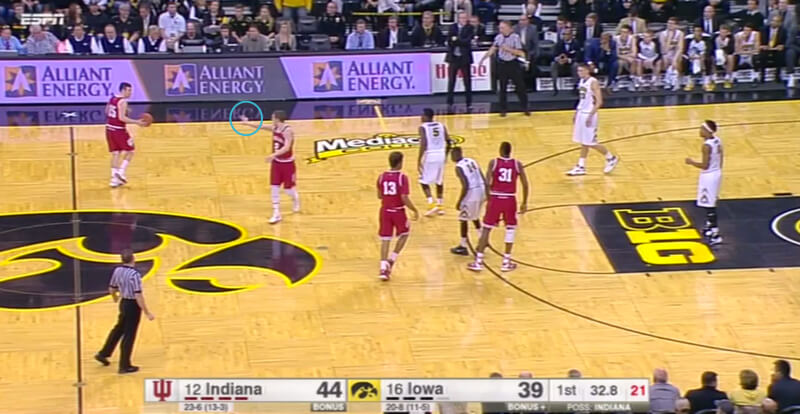 Zeisloft then listens in over to the bench for a set call: 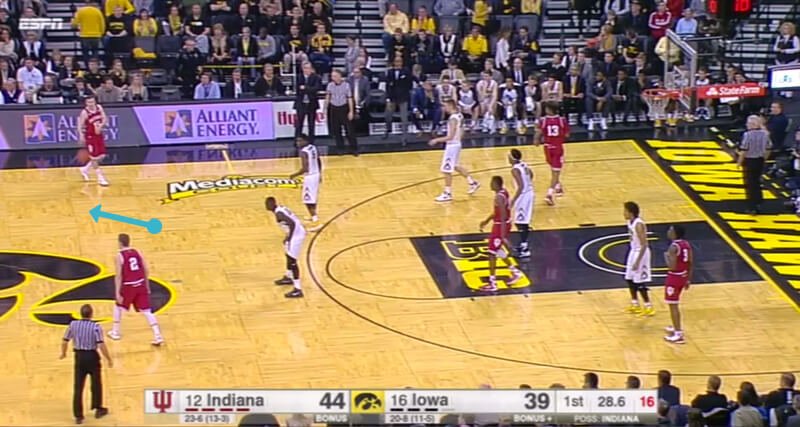 With 12 seconds remaining on the shot clock, Zeisloft motions for Juwan Morgan to move from the left corner to the left wing to set a ball screen for Niego: 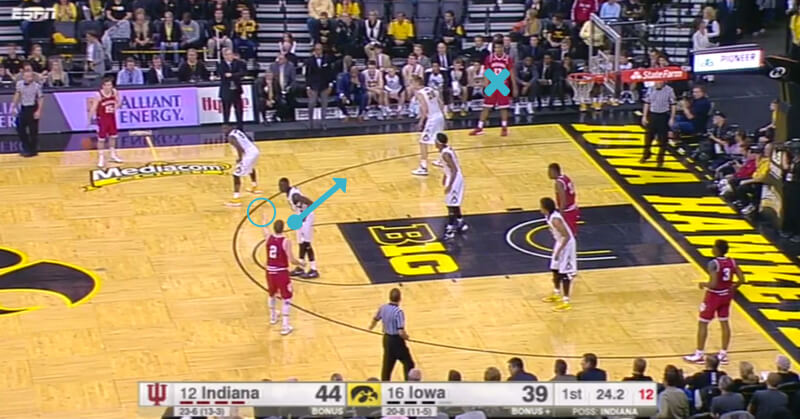 Morgan obliges and sets the ball screen. Peter Jok, Zeisloft’s man, shades over to ward off the Niego drive: 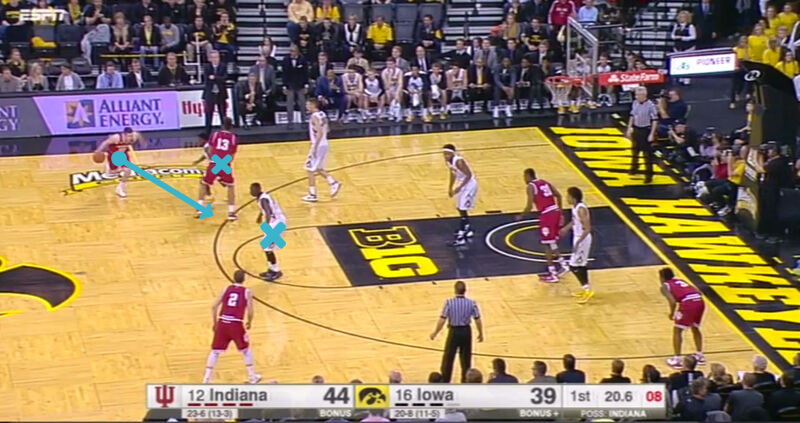 Niego stumbles a bit as he heads to the lane and throws a high arching pass to Zeisloft, which allows Jok plenty of time to recover back: 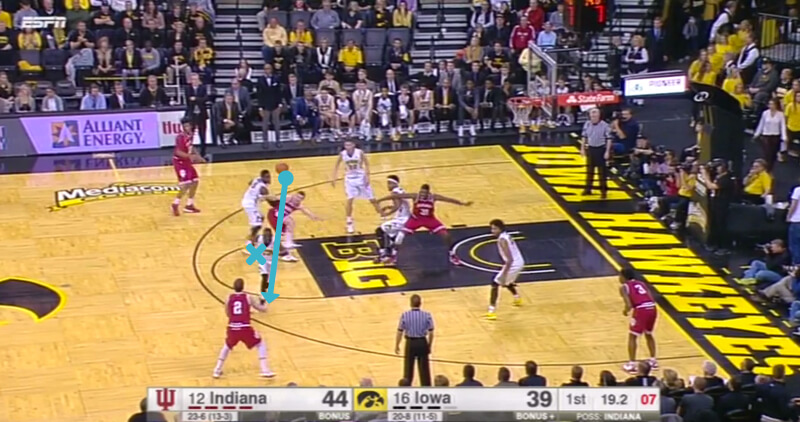 Zeisloft dribbles left towards the top of the key: 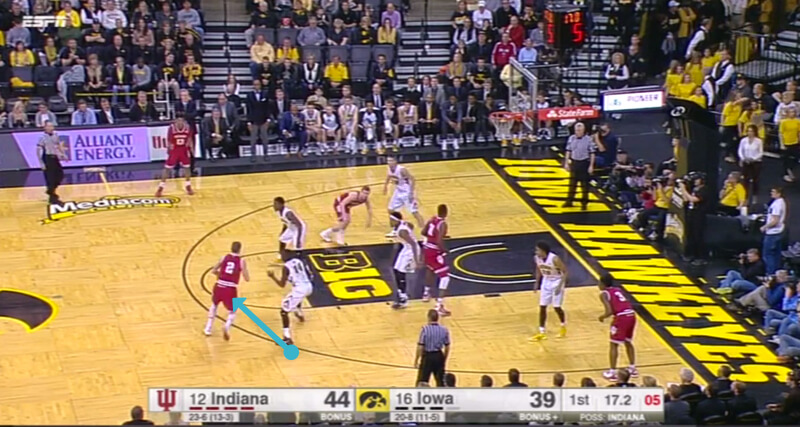 With just four seconds left on the shot clock, Zeisloft ball fakes and gets Jok in the air: 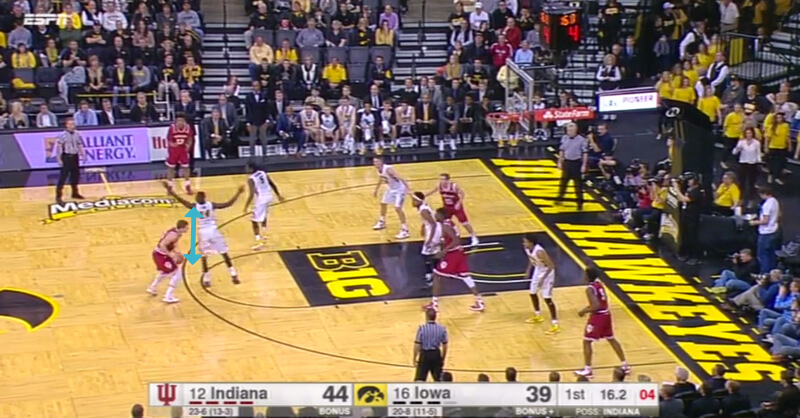 He maneuvers around him for an uncontested 3-pointer that drops in: 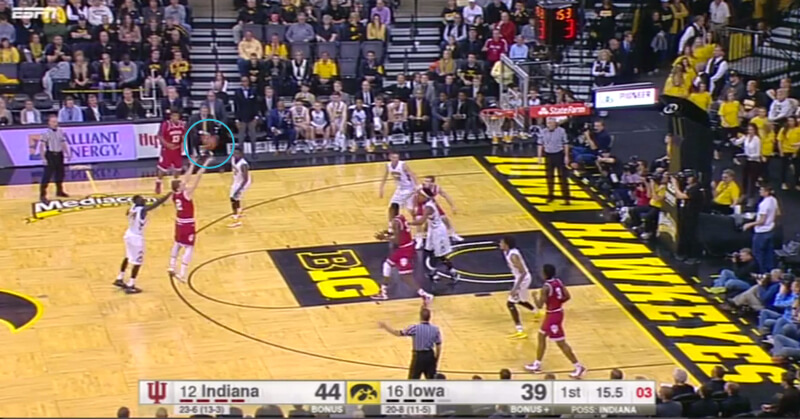 Veteran leadership from Zeisloft to get the freshmen in place for the set. Strong dribbling and an excellent ball fake to make something happen for himself to finish it off.