While Indiana certainly got hot and pumped in the points during its 25-0 run to end the first half against Michigan, its defense was equally impressive.

The Hoosiers got steals, blocks and deflections. They kept their hands up and challenged shots.

“Defense generates the offense,” Robert Johnson said after the game. “When everybody was in there playing with energy defensively, it translated on the offensive side and everybody got a part of the run.”

We’ll take a look at four defense into offense sequences for the Hoosiers during The Run in the latest edition of Film Session:

Zak Irvin gets a ball screen on the left wing as Juwan Morgan chases: 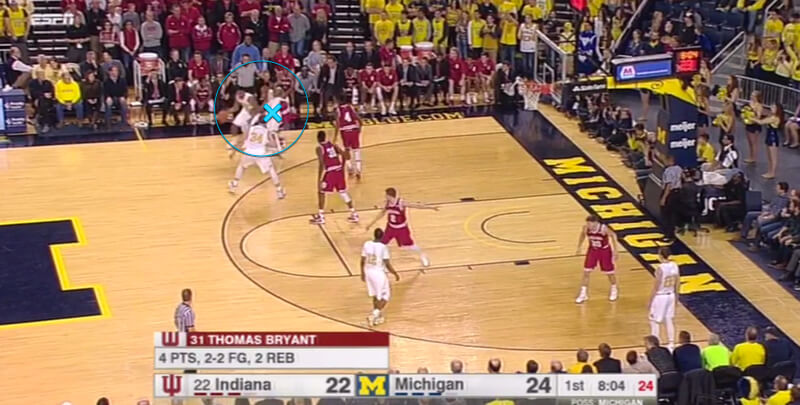 Morgan’s met by another ball screen from Mark Donnal and he’s fighting through once more. Irvin starts to make a move on Thomas Bryant, who’s switched onto him as Morgan trails behind: 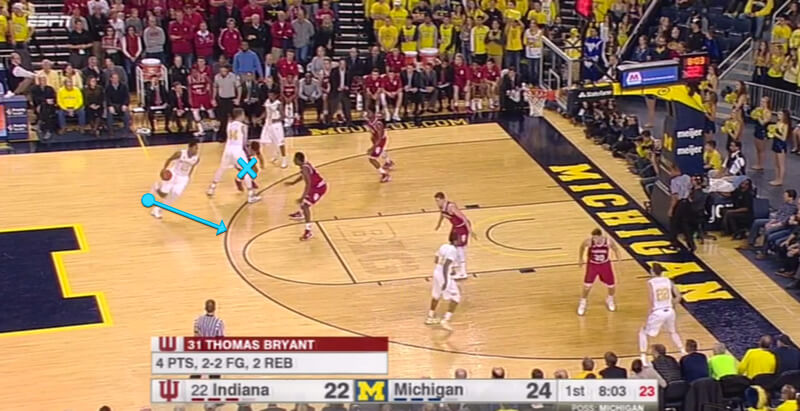 As Morgan hits the deck and Bryant stays in front of Irvin, Donnal rolls down to the rim. Johnson rotates onto him on the weak side: 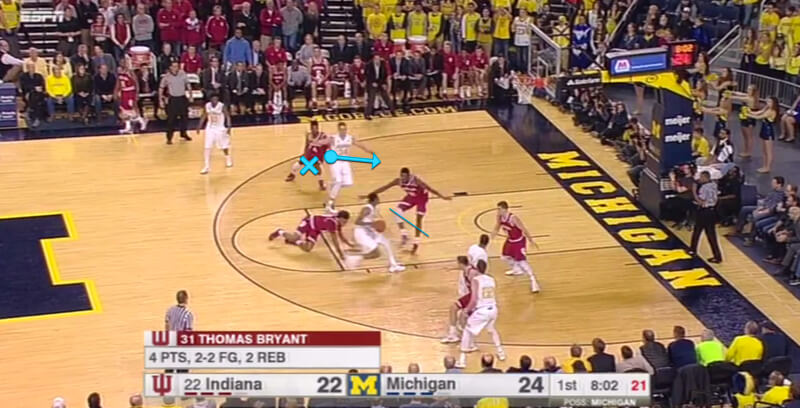 Irvin has to toss it up over Bryant to get it to Donnal and does: 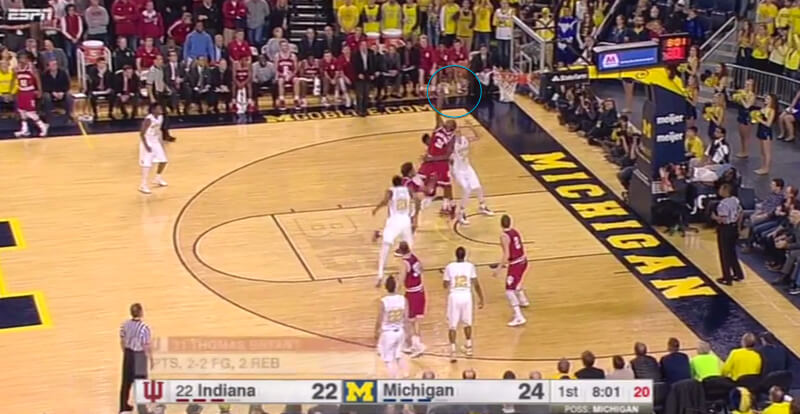 But as it lands and Donnal catches it, Johnson swipes in and knocks the ball loose: 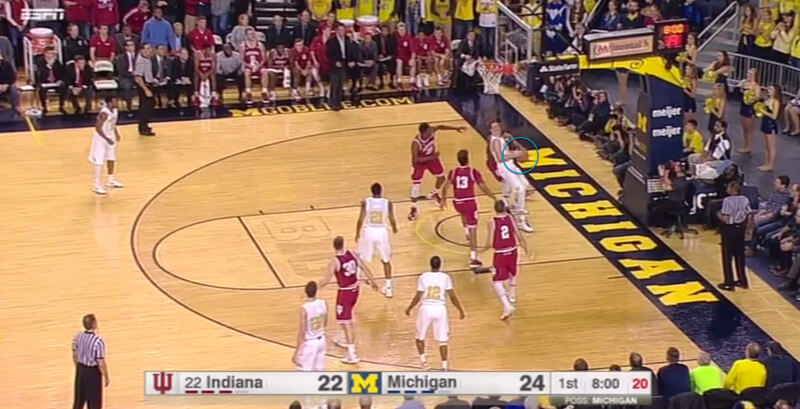 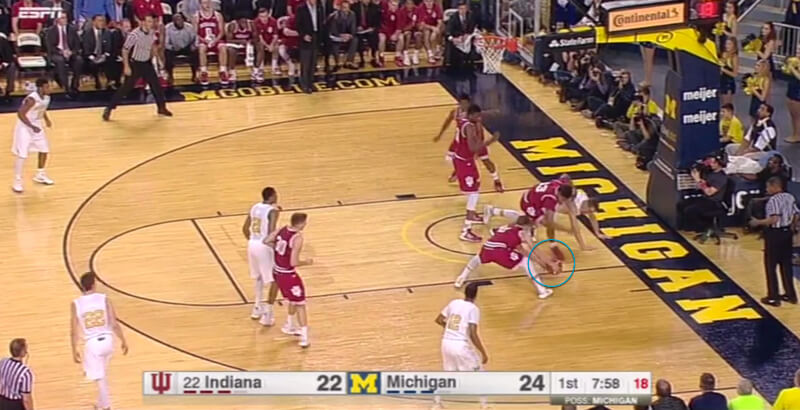 He outlets to Johnson and Indiana’s on the move: 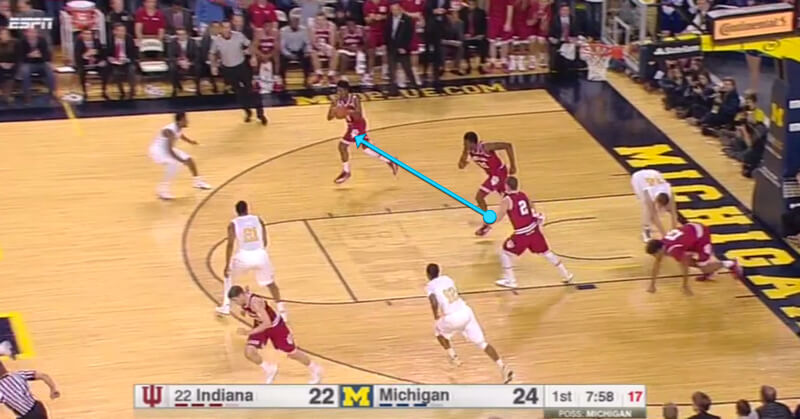 On the other end, Morgan passes to Collin Hartman in the left corner: 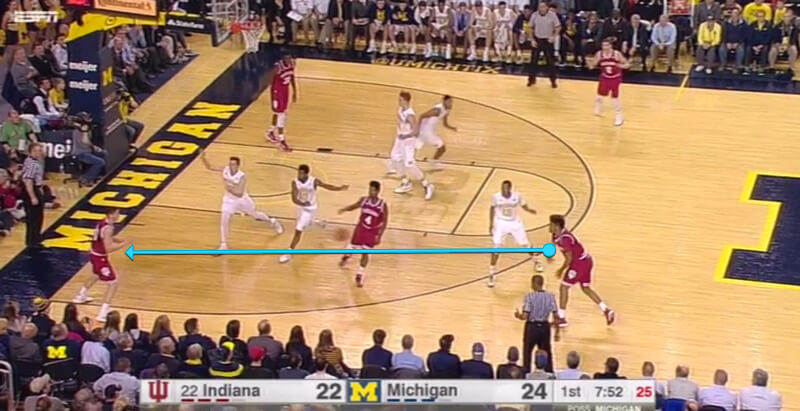 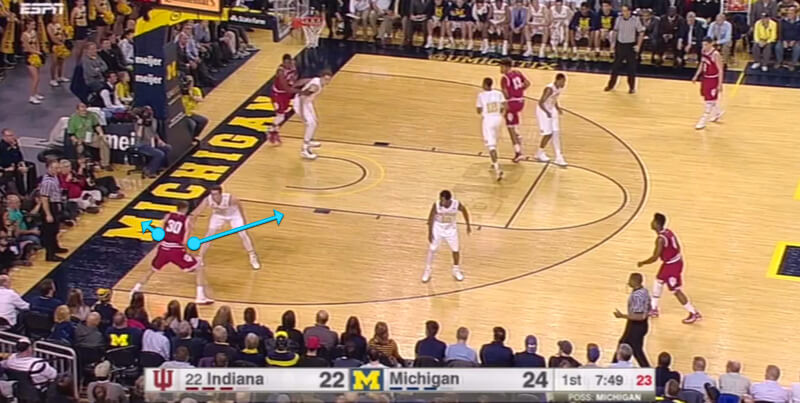 Once into the lane, Hartman stops and spins left to the basket: 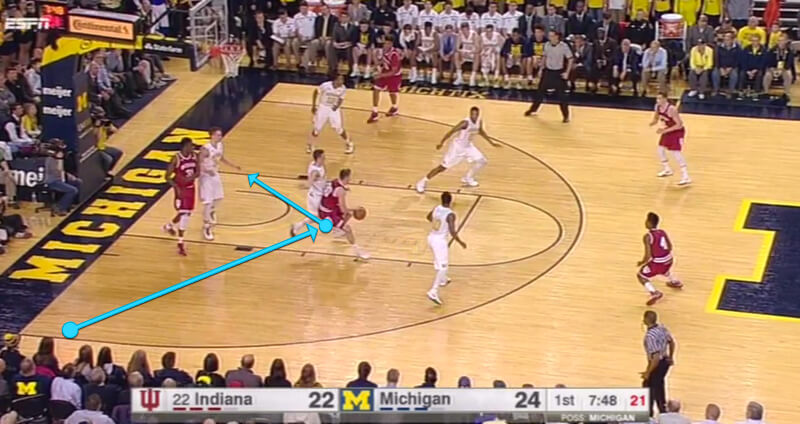 He splits the defense for the bucket: 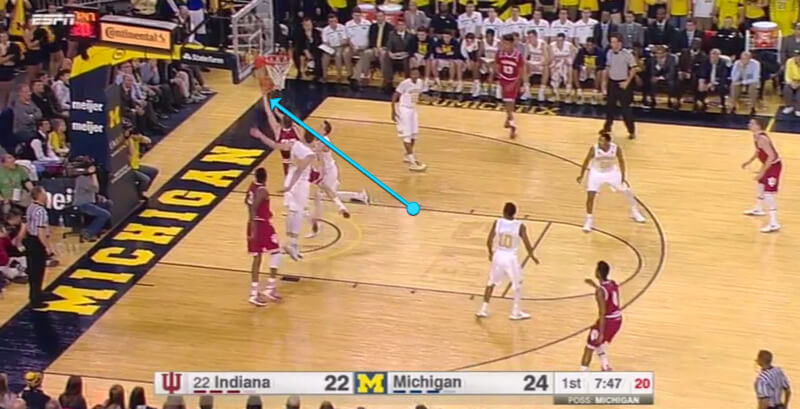 Hartman’s showed a nice ability on the drive this season and here was a good example of it out of the corner after the Johnson steal.