Not much later in the first half, Anunoby is bothering Hayes again. On a baseline out of bounds play, he’s hanging all over him: 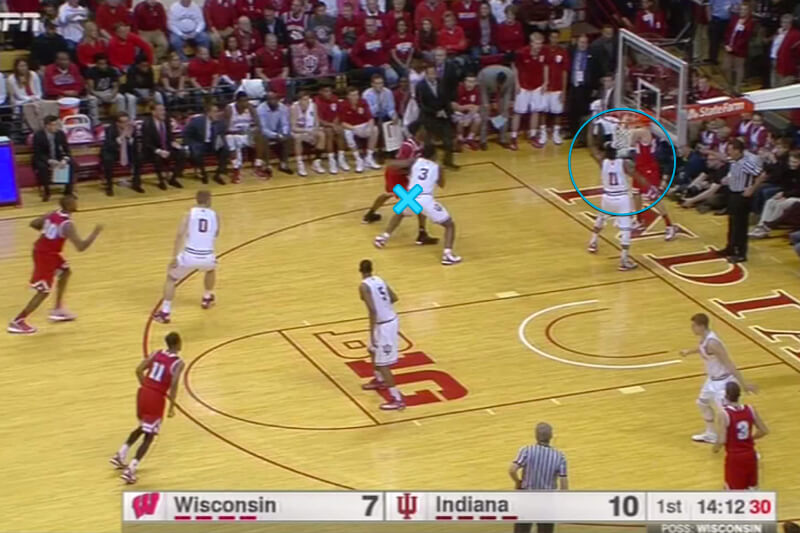 Anunoby jumps in front of the inbounds pass for the steal: 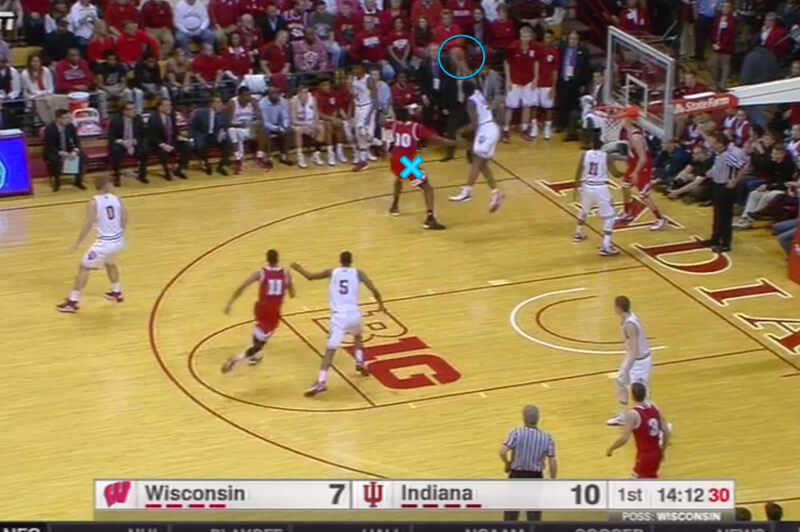 On the other end of the court, Yogi Ferrell instructs for Anunoby to set up in the left corner as Troy Williams has the ball up top: 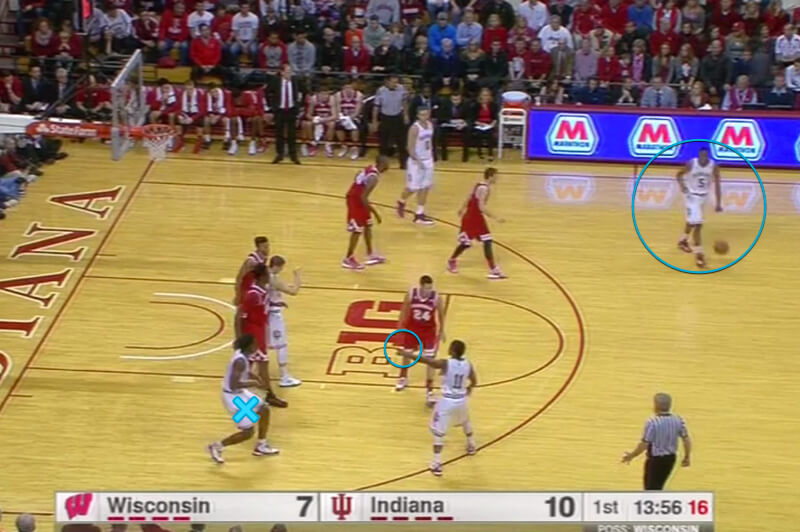 Nick Zeisloft sets a ball screen for Williams. Hayes sticks on the left block and gives Anunoby plenty of space: 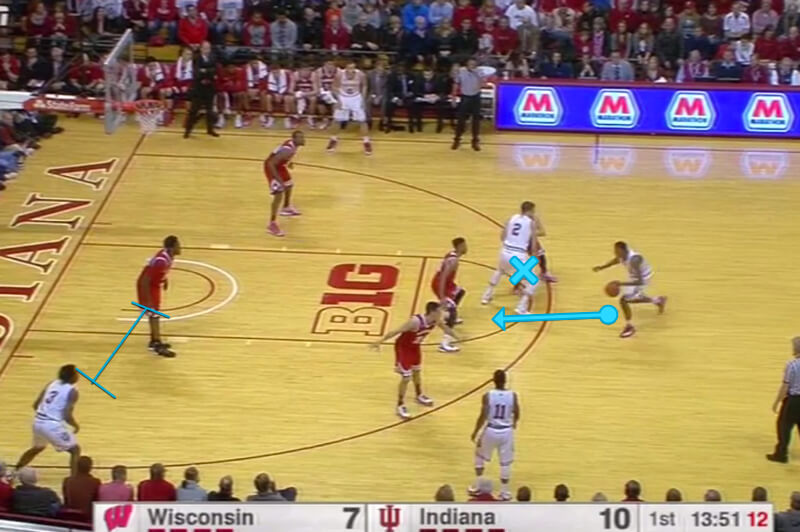 Williams drives in a touch and zips the pass to Anunoby as Hayes watches Williams pass: 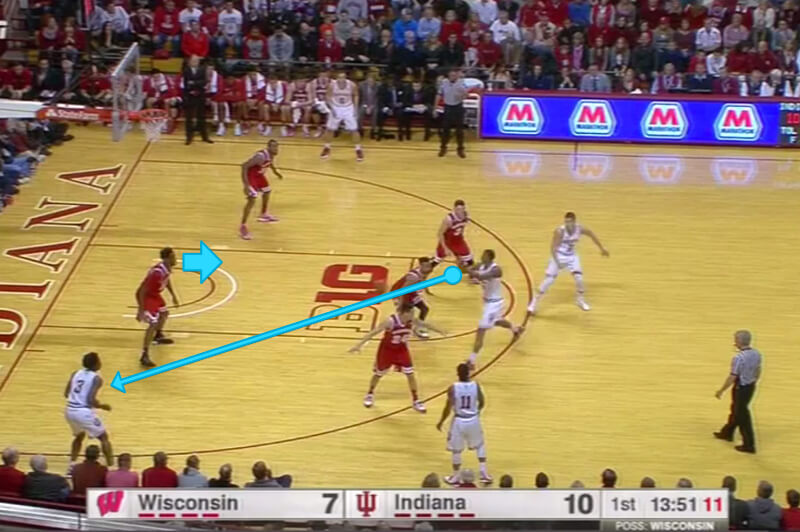 The space allows Anunoby plenty of room to rise, fire and connect on the 3-pointer: 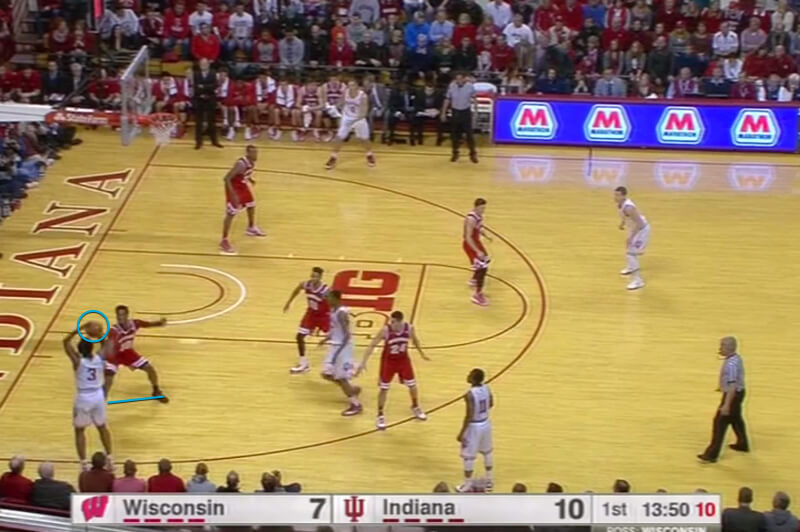