While Troy Williams’ career-high five blocks against IPFW would appear to indicate a strong defensive performance, that wasn’t quite the case.

We’ll take a look at a number of defensive miscues from the junior in the latest edition of Film Session:

The Mastodons pass the ball to the right wing: 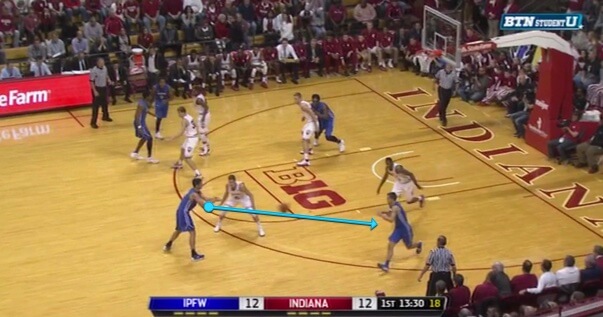 It’s a tactic we’ve seen far too often this season: Williams doesn’t square up on Max Landis. He instead gives him a slight angle right: 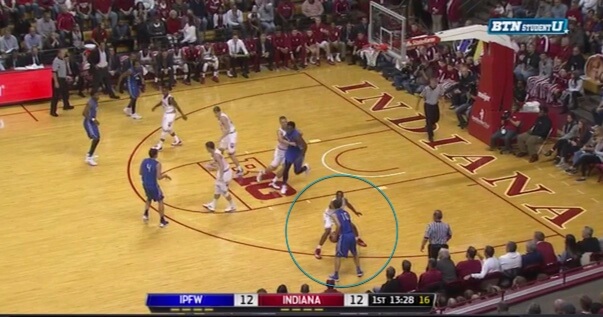 As a potential ball screen comes to Williams’ back side, he gets off balance and allows Landis even more space right. He takes it: 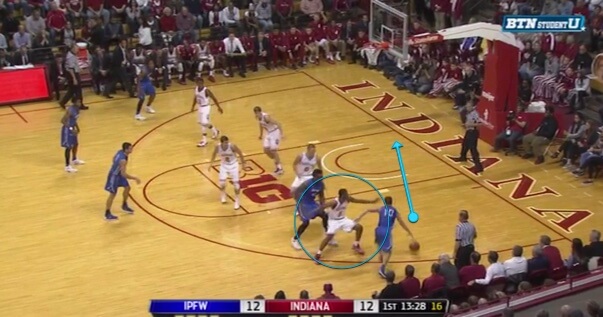 Williams struggles to regain balance as he tries to trail Landis: 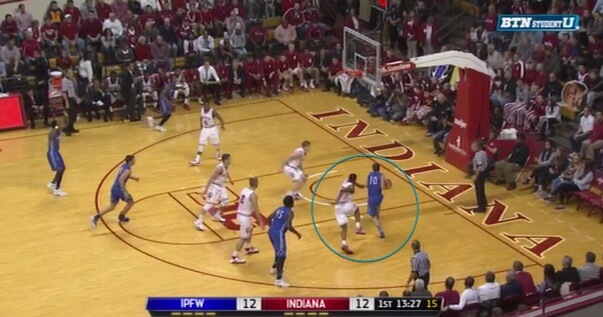 Collin Hartman is there to try and help and does a decent job contesting at the rim, which forces a miss at the rim: 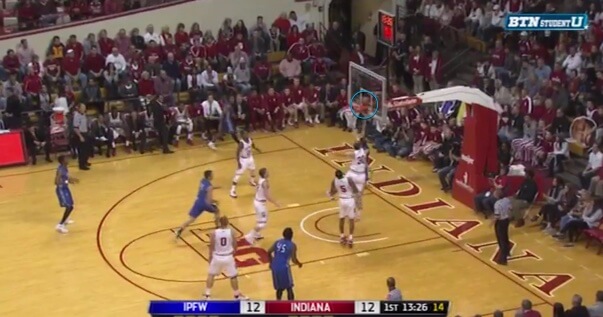 Indiana’s guards have defended the wing this way all season and it’s led to a number of relatively easy scores for the opponent. Fortunately in this case, Landis was simply unable to convert the easy look.