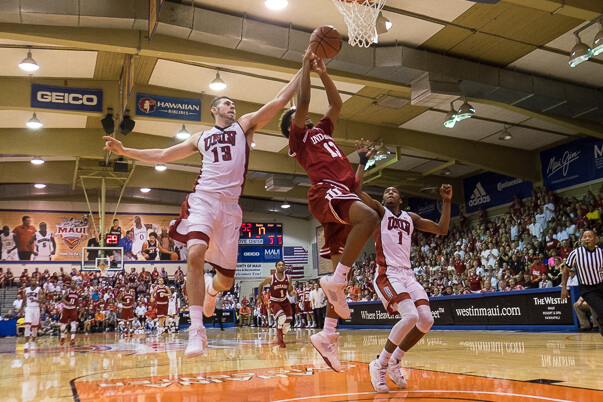 A few quick thoughts on Indiana’s 72-69 loss to UNLV in the Maui Jim Maui Invitational:

How it happened: Indiana arrived in Maui with a top 15 national ranking and hopes of a trip to the event’s championship game later tonight. The Hoosiers will depart with a 1-2 record and both losses came to teams that are unlikely to make the NCAA tournament. Put today’s loss, one in which Indiana never led, on 21 turnovers and poor decision making all around, including on the bench. The Hoosiers fell behind early, drew even in the second half, but could never get over the hump.

Standout performer: Nick Zeisloft finished with 17 points on 5-of-7 shooting from 3-point range. It was his shooting that kept the Hoosiers close in this one.

Number (s) that needs work: Where to begin? Start with the turnovers. Indiana had 21 of those for a turnover percentage of 28.7. The Runnin’ Rebels scored 22 points off of those turnovers. It’s been a problem in each of Indiana’s six games thus far, although to varying degrees. The Hoosiers also allowed 34 points in the paint and hit just 10 of 19 free throws. In all, it was a nightmare afternoon to cap off a nightmare trip.