What to watch for in Indiana’s exhibition finale 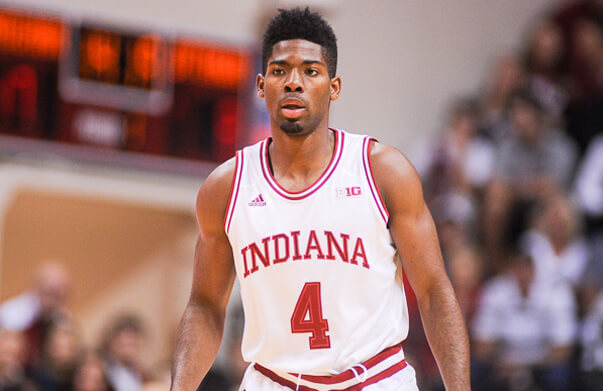 The game will be broadcast live on BTN Plus at 7 p.m. ET and replayed on BTN on Tuesday at 10:30 p.m. ET. In lieu of our traditional game previews which focus heavily on the opponent, here’s a look at what to watch for as the Hoosiers take the floor against the Knights:

· Progress from issues in game one: Indiana won its first exhibition game comfortably over the University of Ottawa, but there were plenty of correctable problems.

Most notable? Turnovers. Indiana had 19 last Tuesday for a turnover percentage of 26.4. One reason Indiana was able to make a leap offensively last season was its ability to limit mistakes. The Hoosiers were such an efficient shooting team that avoiding turnovers typically led to high percentage looks.

Indiana also gave up some uncontested looks in the first half against Ottawa that it will need to clean up as Bellarmine has attempted 22 3s per contest through its first two exhibition games. The Gee-Gees were unable to capitalize from distance last week, but the Hoosiers need to do a better job of closing out on shooters and rotating on defense.

· How does Indiana handle Bellarmine’s size? No, the Knights aren’t super imposing on the front line, but there’s enough size on Scott Davenport’s roster to potentially cause problems.

Bellarmine will likely start a 6-foot-10 center and a 6-foot-8 power forward, which is more size than your typical exhibition trots out. It’s also an adjustment from the first exhibition game against Ottawa, which really had no answer for Indiana on the offensive glass. The Hoosiers grabbed 50 percent of their misses and will need to be even more relentless to have a repeat performance in their final tuneup before Friday.

“Bellarmine will be extremely physical,” Tom Crean said. “They are a great screening team. It continues to prepare you for the different things you are going to see from a team that is very committed to their half-court offense and defense.”

· Lineup, rotation watch: Indiana went with more size in its starting lineup against Ottawa with Robert Johnson coming off the bench, Troy Williams shifting to the 3 and Max Bielfeldt starting alongside Thomas Bryant.

Crean has said he’s not married to a particular starting lineup, so changes early in the season could be more based on matchups than anything else.

With only three regular season games on the schedule before the Hoosiers depart for Maui, will Crean look to establish a fairly defined rotation sooner rather than later? Freshman O.G. Anunoby got an early look against Ottawa, but saw limited minutes due to foul trouble.

And keeping Johnson coming off the bench along with Nick Zeisloft to back up James Blackmon Jr. and Yogi Ferrell gives the Hoosiers a more balanced guard rotation given that walk-on Harrison Niego is the only other true guard option on the roster. How will Johnson adjust to a change in his role after starting all of last season? Given his maturity, he seems as well equipped as anyone to handle the change.