Indiana makes the cut for a pair of 2016 prospects 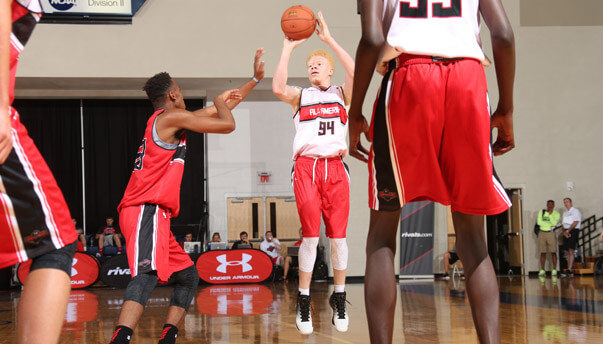 Two Indiana recruiting targets in the class of 2016 announced paired down school lists on Tuesday and the Hoosiers remain in the mix for both players.

Schnider Herard, a 6-foot-10 center from Prestonwood Christian in Plano, Texas, is down to 10 schools and Jaylen Fisher (pictured), a 6-foot-2 point guard from Bolton High School in Arlington, Tennessee, named his six finalists.

The 265-pound big man is rated the No. 84 player nationally by the 247Composite.

Fisher starred for Team Thad on the Under Armour Association circuit this year and averaged 20 points, six rebounds and eight assists as a junior at Bolton last season.

He’s considering Arkansas, Baylor, Indiana, LSU, Memphis and UNLV and is rated the No. 58 prospect nationally by the 247Composite. According to the Memphis Commercial Appeal, Fisher had knee surgery on Tuesday to repair a torn meniscus.