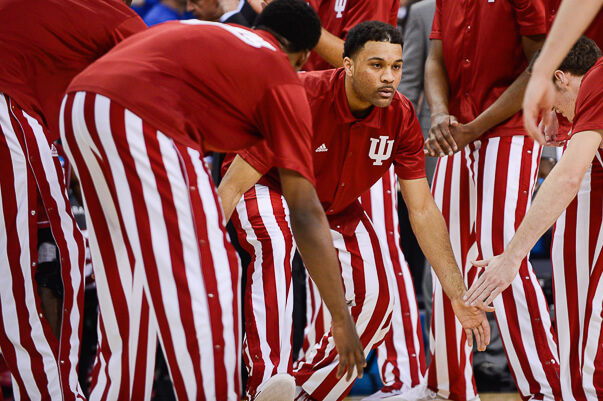 The full 2015-2016 Indiana basketball schedule won’t be released until later this summer when the Big Ten finalizes the conference slate, but a good chunk of dates and opponents for the upcoming season have already been revealed.

· A solid field in Maui: Indiana is one of eight teams in the 2015 Maui Invitational, joining Chaminade, Kansas, St. John’s, UCLA, UNLV, Vanderbilt and Wake Forest. The bracket won’t be announced until later this summer, but the Jayhawks appear to be a preseason top 10 team and UCLA, UNLV and Vanderbilt all appear to be potential NCAA tournament teams next season. This event will be a solid measuring stick early for the Hoosiers and also an opportunity to pick up some top 100 RPI wins in the non-conference.

· Creighton comes to Assembly Hall: The first Gavitt Tipoff Games, which some are calling the Big Ten/Big East challenge, is a bit underwhelming from a matchup perspective. The Hoosiers drew Creighton at Assembly Hall and the Bluejays are coming off of a poor 14-19 campaign. Still, it’s a win for fans to get a major conference opponent coming to Bloomington on Nov. 19.

· A trip to Durham for the Big Ten-ACC Challenge? File this one under the “wait-and-see” column, but Andy Katz of ESPN.com predicted last week that the two marquee games of the Big Ten-ACC Challenge would be Indiana at Duke and Maryland at North Carolina. The schedule should be announced soon, but if it happens, it would be the first meeting between Indiana and Duke since 2006, when the Hoosiers fell 54-51 at Cameron Indoor Stadium.

· Two guarantee games revealed: Thanks to an open records request from Mike Miller of the Bloomington Herald-Times, we learned last week that Indiana will host McNeese State (Dec. 12) and Kennesaw State (Dec. 22) as part of the non-conference schedule. McNeese State was No. 288 last year in the KenPom ratings (No. 279 in RPI) and Kennesaw State was No. 343 (No. 318 in RPI).

· Unbalanced schedule could determine regular season champion: Adding Maryland and Rutgers to the league last season brought the first season of eight single plays and five double plays for each conference team. Considering the setup was seven home-and-homes and four single plays, it was a major change that will continue to have an impact on determining the regular season champion. It didn’t matter much last season as Wisconsin was clearly the class of the league, but it could be a significant factor next winter.

Here’s the draw for Indiana:

On paper, it is a favorable draw for the Hoosiers as they get Maryland, Purdue, Michigan and Michigan State all just once. Each of those teams will probably be projected to finish in the top six of the conference. Looking around the league,