After a hot start from the Hoosiers, Ohio State ramped up its defensive pressure — taking Indiana out of its comfort zone and forcing turnovers. On the flip side, the Hoosiers had trouble containing Ohio State perimeter action and gave up a number of buckets at the cup on the drive.

We’ll take a look at both teams defensively in the latest edition of Film Session:

With the Hoosiers still up six points just over five minutes into the first half, Robert Johnson starts Indiana’s offensive possession looking for a dribble handoff to James Blackmon Jr.: 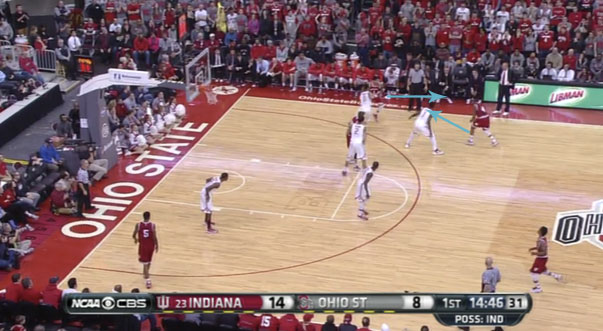 But D’Angelo Russell jumps into the passing lane in front of Blackmon Jr. just as the handoff is about to occur: 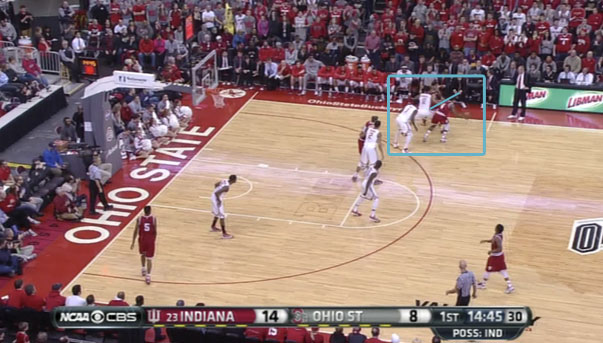 Johnson, perhaps caught by surprise, continues to try and make the pass around Russell, but there’s really no angle here: 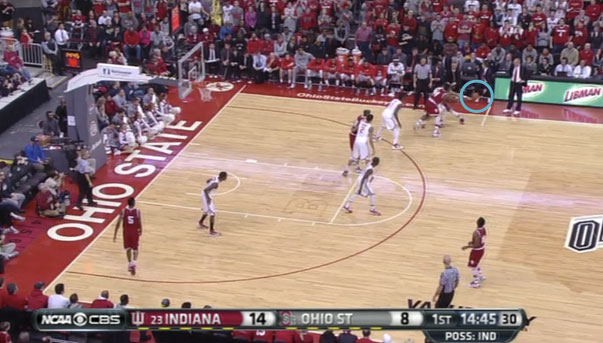 The ball goes out of bounds. Turnover Hoosiers: 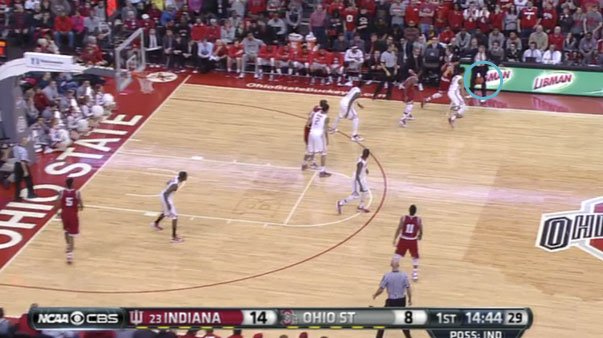