While Yogi Ferrell only scored five points in Indiana’s 70-65 win over Nebraska on New Year’s Eve, the junior was able to dish out eight assists as he found open teammates for looks with Cornhusker defenders paying him extra attention — especially down the stretch in the second half.

We’ll take a look at three second half Ferrell assists, as well as a near assist, in the latest edition of Film Session:

With the Hoosiers trailing 48-44, Ferrell has the ball near the right corner. You’ll also see Shavon Shields in the lane, giving a little space between him and his man, Nick Zeisloft: 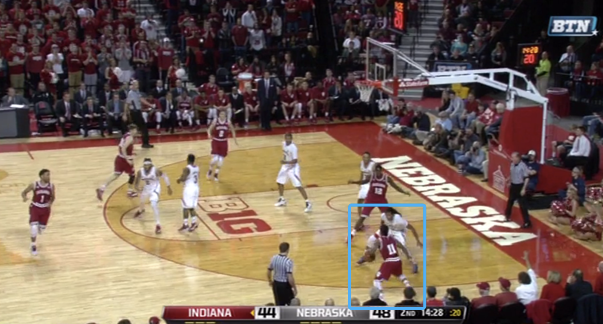 As Ferrell drives it to the lane, Shields stays put. We now have four Nebraska defenders in the lane paying attention to Ferrell. Zeisloft begins to float down to the left corner: 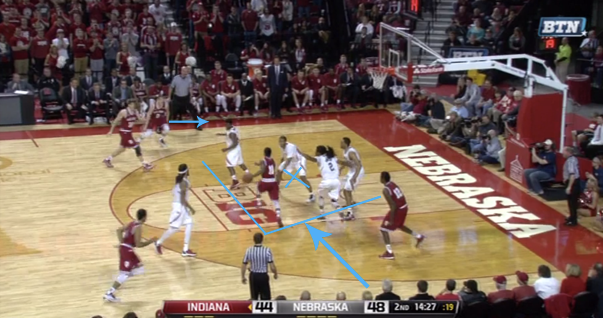 Ferrell jumps to make the pass: 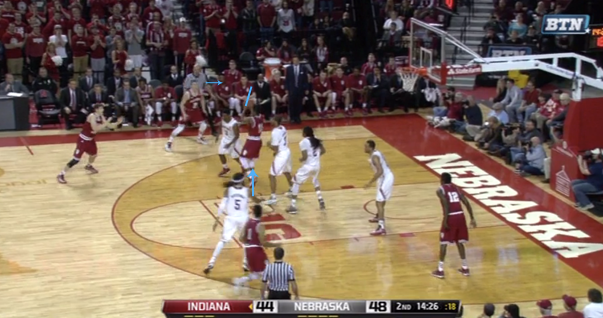 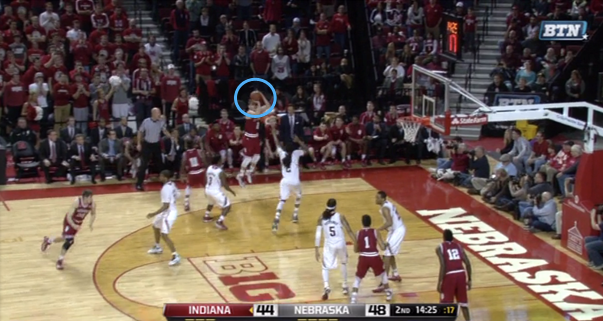