On Saturday in Madison Square Garden, Indiana began the second half with a 10-point lead over Georgetown. But thanks to the 1-2 punch of D’Vauntes Smith-Rivera and Josh Smith, the Hoosiers found themselves down 60-56 with 7:16 to go and little answer for the Hoyas’ 2-3 zone.

But Tom Crean put Troy Williams as the lead ballhandler down the stretch and it proved to be a gamechanger. Williams continually broke down the zone for looks for himself and teammates off of simple action to keep the Hoosiers within striking distance to set up the overtime frame.

A look at his mostly successful run in the latest edition of Film Session:

On his first possession with the ball, Williams went right to work. Here’s him taking a ball screen from Hanner Mosquera-Perea right: 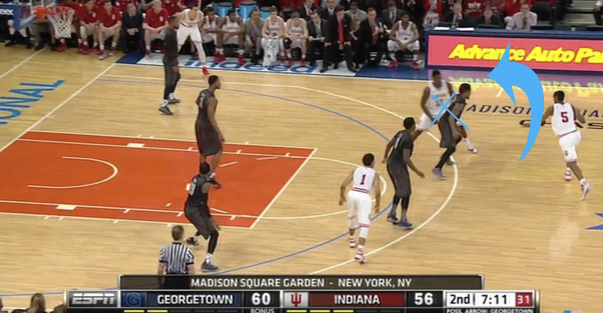 He finds space between himself and Mikael Hopkins: 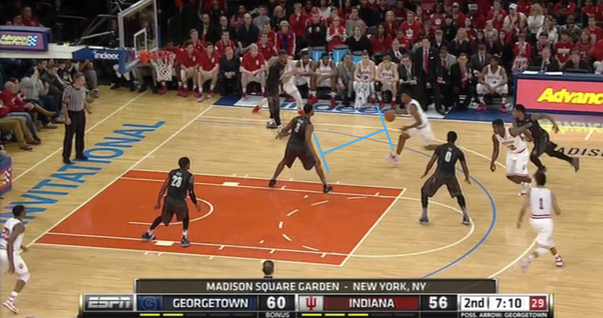 And decides to just float it up high over top of him for two: 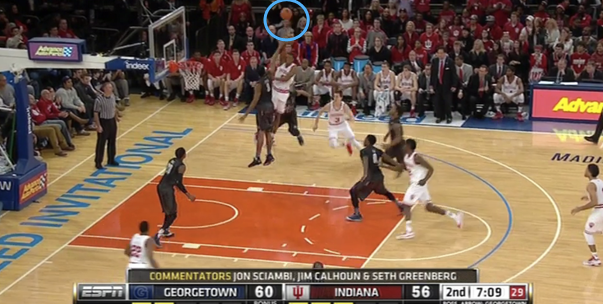 Tom Crean talked after the game about Williams keeping it “simple” and it doesn’t get much more simple than this.