Indiana hit 11-of-23 from distance in their blowout win against Mississippi Valley State on Friday night, which was more than it hit in any game a season ago.

A look at the variety of ways the Hoosiers are getting up shots from 3-point land in the latest edition of Film Session:

I. The Extra Pass

Nick Zeisloft gets trapped in the corner across the timeline: 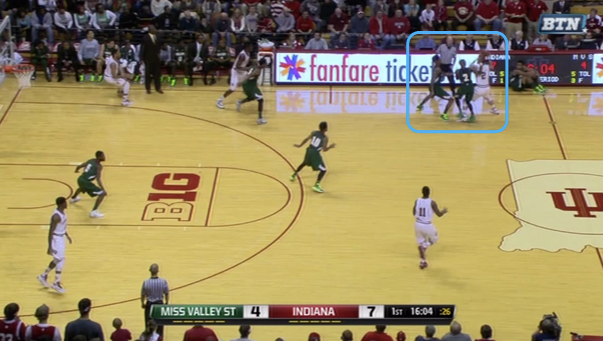 He’s able to work himself out of it with a pass to James Blackmon Jr. and now the Delta Devil defense is scrambling around the court: 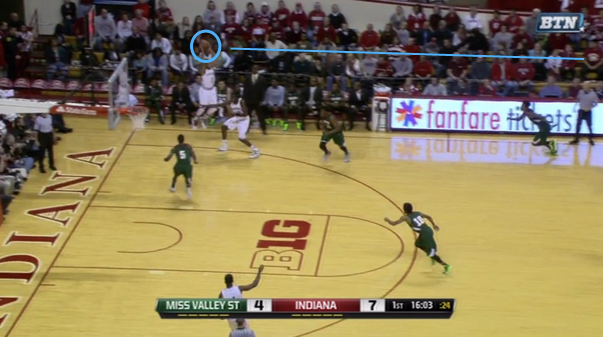 With attention focused on Blackmon Jr., he whips a pass to Yogi Ferrell near the top of the key: 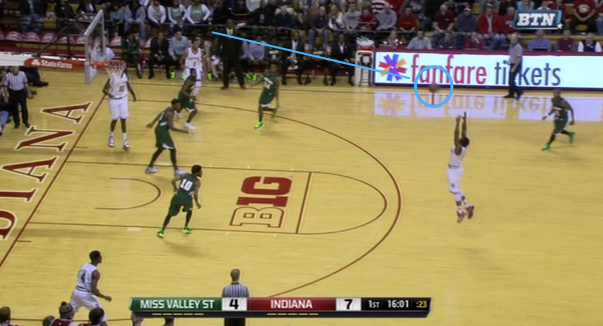 Ferrell has the open shot, but he elects to make the extra pass to an even more open Robert Johnson: 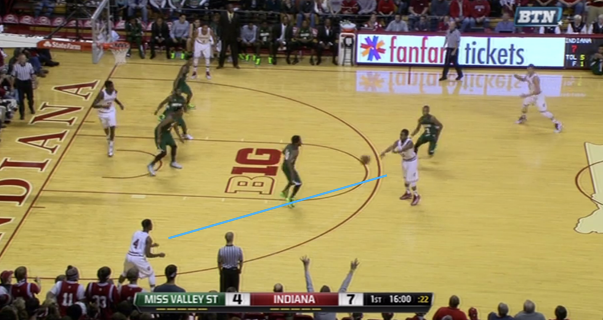 Johnson has plenty of space to get an uncontested look up for the score, as the Delta Devil defender is still on his feet when Johnson lets go: 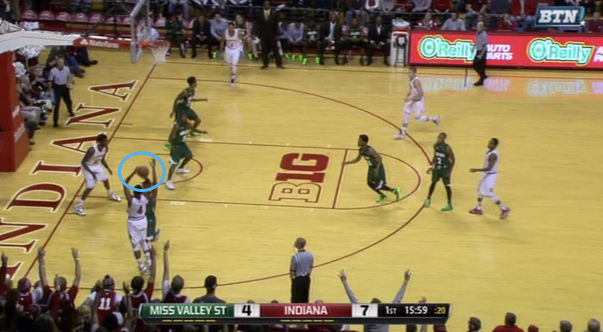