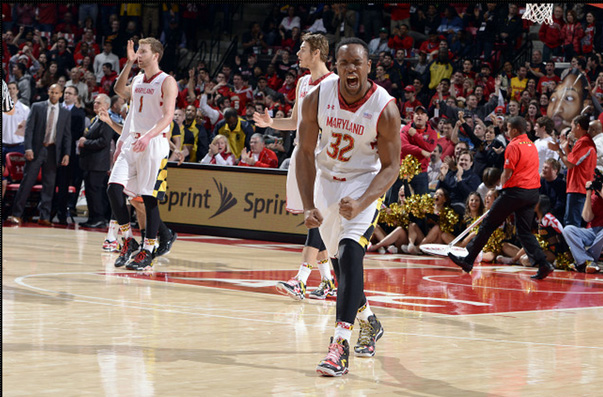 With the official start of practice three weeks from today, UM Hoops and Inside the Hall have again partnered to bring you a preseason breakdown of the top 25 players in the Big Ten for the 2014-2015 season.

Our selection process involved much deliberation to arrive at a list we hope will provide plenty of reaction and debate. The series will be broken into five parts and our fourth installment of players 10-6 is available below: (Previously: 25-21, 20-16, 15-11)

While freshman Romelo Trimble could be the x-factor for the Terps, Wells is the leading returning scorer for Mark Turgeon and should be one of the Big Ten’s most versatile perimeter players. He used 25 percent of Maryland’s possessions as a junior and posted an effective field goal percentage close to 51 percent. Wells uses his body very well to draw fouls and gets to the line as evidenced by his free throw rate of 58.1. His 14.9 points per game rank him as the fifth leading returning scorer in the conference and if Maryland is to rebound from a shaky 17-15 campaign and excel in its first Big Ten season, Wells will have to lead the way.

Hollins battled a severe ankle sprain last season, which forced him to miss two games and had him laboring once he did return to action. His 3-point shooting percentage took a large dip from his sophomore season (nearly seven percent), but he did get to the line far more frequently (49.7 free throw rate) as a junior than in his first two seasons. If he can continue to make attacking off the dribble a bigger of his game rather than just settling for jumpers, Hollins can take advantage of what is one of the better free throw strokes in the conference (84.1 percent). His usage has remained in the 24 percent range throughout his career and he’s a solid pick for an all-league type season as he returns to full health.

Through his first two seasons in West Lafayette, Hammons has been an enigma. At his best, he’s capable of taking over in the paint like he did in Purdue’s 77-74 win over Minnesota last February when he finished with 20 points, 14 rebounds and six blocks. And at his worst, he’s foul prone and has minimal impact like his two points in 12 minutes performance last January against Wisconsin. With another year of maturity and offseason work, Hammons should emerge as the best true post player in the conference. His block percentage of 13.3 was seventh nationally a season ago and he was the Big Ten’s fifth best defensive rebounder (22.7 defensive rebounding percentage). For a player with NBA aspirations, a pivotal season awaits for Hammons.

We’re not as bullish on Dawson as The Sporting News, which named him a preseason first team All-American, but the Gary, Indiana native will finally be the man in East Lansing with the departures of Gary Harris, Keith Appling and Adreian Payne. Dawson is arguably the best returning rebounder in the conference as he ranked in the top six in both defensive and offensive rebounding percentage last season. While he’s limited offensively, he did post an effective field goal percentage of 61.5, which would have led the league had he not missed seven games due to an injury. On paper, it looks like a transition year in East Lansing, but Tom Izzo is hoping that Dawson can finally live up to potential that once made him a McDonald’s All-American.

White has flown under the radar for most of his career in Iowa City, but it’s time that he’s recognized for what he is: one of the most underrated players in the country. As a junior, he led the Big Ten in effective field goal percentage and was second in free throw rate. He shot over 63 percent on 2s and was also in the top 10 in the conference in defensive rebounding percentage. The one hole in his game is his perimeter game as he shot just 25.8 percent on 3s last season. Despite nearly collapsing down the stretch, Iowa finally reached the NCAA tournament last season under Fran McCaffery, but the Hawkeyes will have plenty to replace this winter with the graduation of Devyn Marble and Melsahn Basabe. White will be Iowa’s best player and how effectively he can lead in his final season could ultimately determine the outcome of the season for the Hawkeyes.