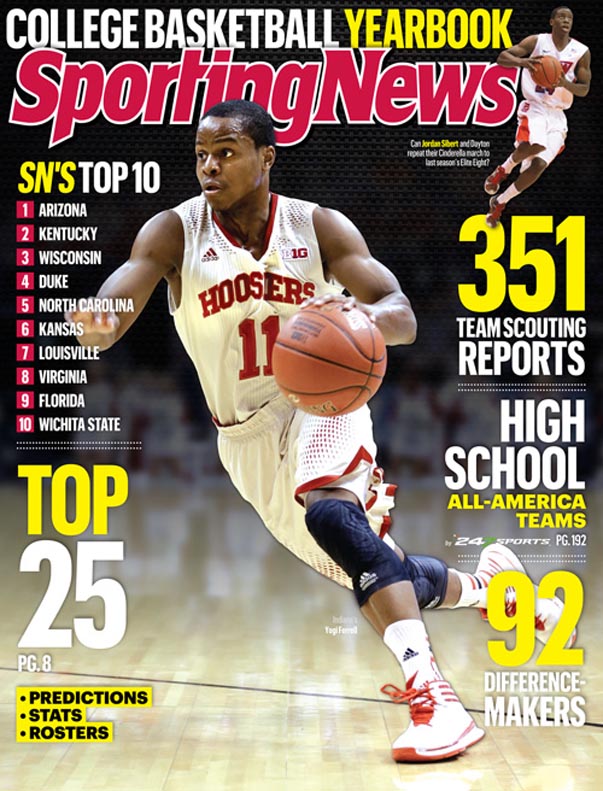 Labor Day is in the rearview mirror, which means that college basketball preview magazines have started to hit newsstands.

The first one out this season is The Sporting News college basketball yearbook, which is not bullish on Indiana for the 2014-2015 season.

While Yogi Ferrell is featured on the regional cover being sold in Indiana and Ohio, the yearbook picks the Hoosiers to finish just 10th in the Big Ten.

Ferrell is on the 10-man Big Ten all-conference team and James Blackmon Jr. is on the five-man all-newcomer team. Assembly Hall is recognized as the second-best venue in the conference behind the Breslin Center.

Some more Big Ten and IU-centric notes from the yearbook after the jump.