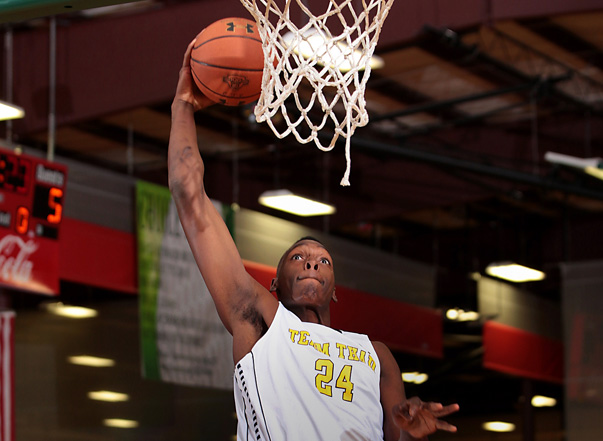 Class of 2015 Lexington (Tenn.) center Nick Marshall, one of Indiana’s top frontcourt targets, trimmed his list to six schools on Sunday and the Hoosiers are still in the running.

Rated the No. 125 prospect in the latest 247Composite, Marshall, who played AAU for Under Armour affiliated Team Thad, emerged as a target for Indiana in July as the staff tracked him at various events across the country.

“I think one of the things that interests him about Indiana is the history,” Hicks said. “We’re going to sit down and talk style and fit, but one of the things they’re stressing as far as his recruitment is the success they’ve had with bigs that can run the floor and do multiple things. So that’s definitely something I think will pique his interest because he fits that mold at this point.”

Two of Indiana’s other top targets for the class of 2015, guard Shake Milton and forward Juwan Morgan, will take official visits to Bloomington in late September.