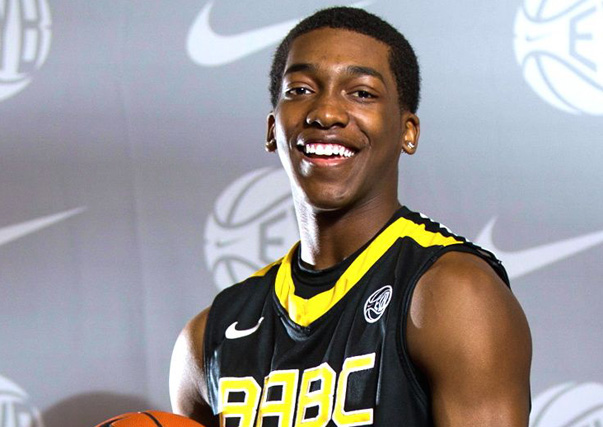 Three Indiana recruiting targets announced their lists of finalists on Sunday evening and the Hoosiers remain in the running for two of them.

Shake Milton, a class of 2015 guard from Owasso (Okla.) announced IU as one of his four finalists and Terance Mann (pictured), a class of 2015 wing from the Tilton School (N.H.), has IU among six schools he’s still considering.

Milton has official visits scheduled to all four of his finalists: Oklahoma (Aug. 22-24), SMU (Sept. 5-7), Indiana (Sept. 26-28) and Illinois (Oct. 3-5). Milton’s visit to Bloomington will be on the same weekend as Juwan Morgan, his AAU teammate and friend.

Cut my list to 4! Officials to each. Blessed to be in this position! s/o @Ryandeblois_ for the pic. pic.twitter.com/8hlm80DCbZ

Mann, meanwhile, is a new name to surface on the IU radar.

Indiana associate coach Tim Buckley watched him at the AAU Super Showcase in Louisville during the final July evaluation period and it’s believed that new assistant coach Chuck Martin has played a major role in getting the Hoosiers involved.

Donovan Mitchell, one of the biggest risers of the summer, announced a final five on Sunday and the Hoosiers didn’t make the cut.

The class of 2015 Brewster Academy guard trimmed his list to 10 last week and is now down to the following five schools: Boston College, Florida State, Louisville, Providence and Villanova.