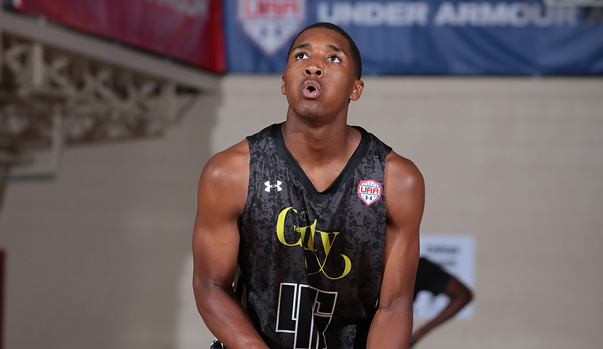 One of the breakout stars of July, class of 2015 Brewster Academy (N.H.) guard Donovan Mitchell, trimmed his list of schools to 10 on Thursday morning.

According to a report by Evan Daniels of Scout.com, Mitchell already has visits set up to Villanova and Louisville and is working on dates for trips to Indiana and Florida State.

Mitchell, who received a scholarship offer from Indiana in early June, told NBCSports.com in July that he will take an official visit to Bloomington this fall.

After a strong summer playing with The City, an Under Armour affiliated AAU program, Mitchell is expected to rise significantly in the rankings.

I'd like to thank the schools that recruited and took their time to evaluate me. I am now trimming my list to 10 schools. I'm truly blessed????