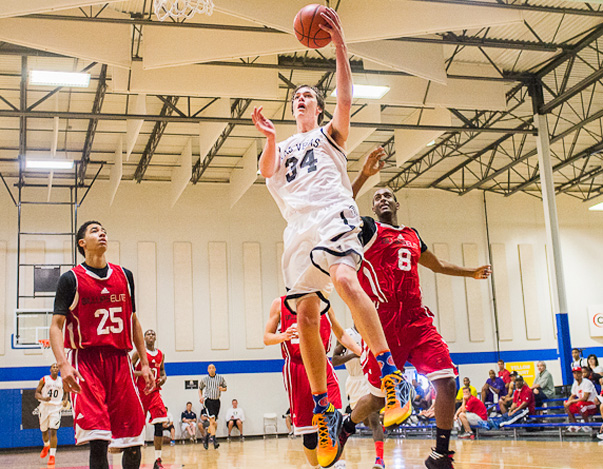 Class of 2015 center Stephen Zimmerman, the No. 5 player nationally according to the 247Composite, announced his final eight schools earlier this morning on Twitter.

According to multiple reports, Zimmerman, who plays at Bishop Gorman in Las Vegas, is expected to take official visits before making a decision.

“They think I can help them win a championship and that I’ll be a great fit there,” he said. “They’re a really good team, they work with big men really well. They get big men to perform the best that they can and they have an amazing coaching staff.”

Zimmerman is playing with the Oakland Soldiers in the Nike EYBL this summer after playing with adidas-sponsored Dream Vision previously.

At the first EYBL session last weekend in Sacramento in front of college coaches, Zimmerman averaged 6.7 points and 5.7 rebounds in 22.7 minutes per game.

As a junior at Bishop Gorman, he averaged more than 15 points and 10 rebounds per game.