In Thursday’s opening round loss to the Illini in the Big Ten Tournament, a strong start to the second half saw the Hoosiers up five at 38-33 with 12:33 to go. But some turnovers and missed shots during a 14-2 Illinois run over about the next four minutes of game time sunk their chances for victory.

We’ll take a look at what Indiana was allowing the Illini to do offensively during their run in the final edition of the Film Session for the 2013-2014 season:

With Indiana still up five, Nnanna Egwu is able to track down a rebound in the corner off a Kendrick Nunn miss. He throws it back up top to Rayvonte Rice: 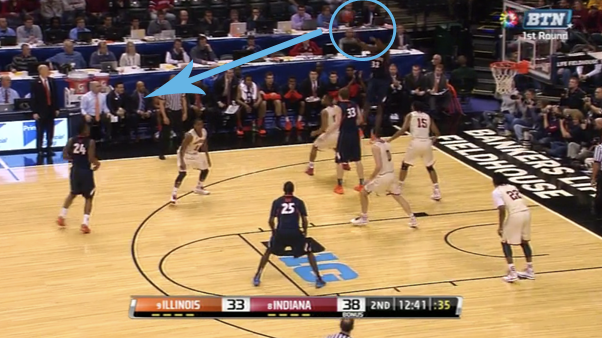 Rice swings to Tracy Abrams. Egwu comes up to set a ball screen for him: 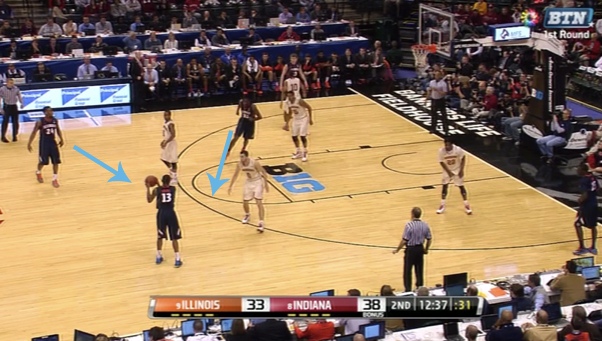 Will Sheehey plays the screen by going over the top. But Abrams takes it the other way and has a step on him. This leaves Devin Davis to defend Abrams: 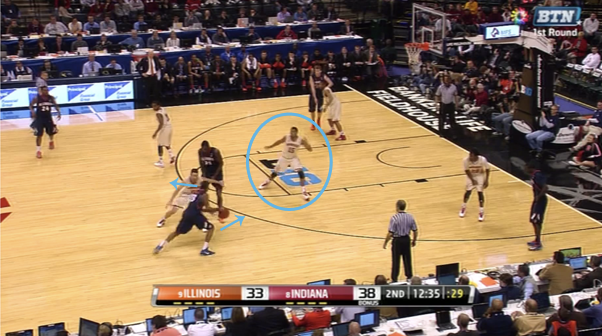 Abrams brings it into the lane on Davis: 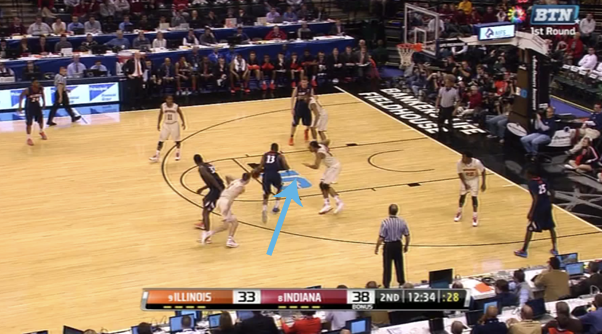 He’s able to get his body into him to draw contact and hit the shot as he’s fouled: 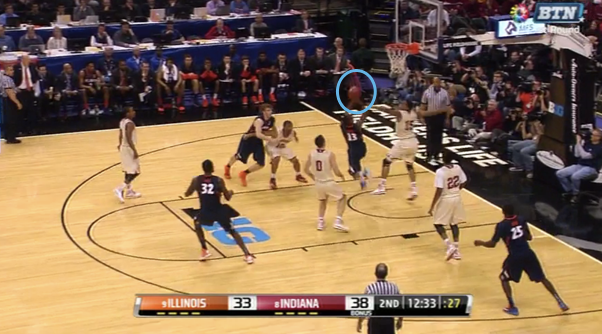