Film Session: Vonleh in the weave, second half D

As Alex noted in Five Takeaways and as I alluded to on Twitter during the Northwestern game, Noah Vonleh’s face-up game is looking better than his back-to-the-basket game of late. Against Wisconsin, Vonleh actually found himself in Indiana’s perimeter weave on occasion, leading to two scores for No. 1.

A look at these scores, as well as some defensive issues against the Badgers during the second half in the latest edition of Film Session:

Late in the first half, Yogi Ferrell has the ball up top with 20 seconds remaining on the shot clock. Vonleh is on the left wing: 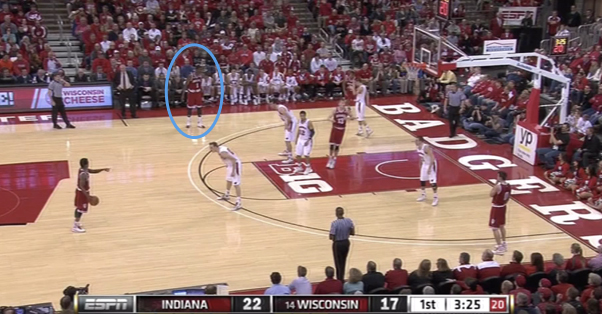 Ferrell hands off to Will Sheehey and Sheehey heads to the left wing to hand off to Vonleh: 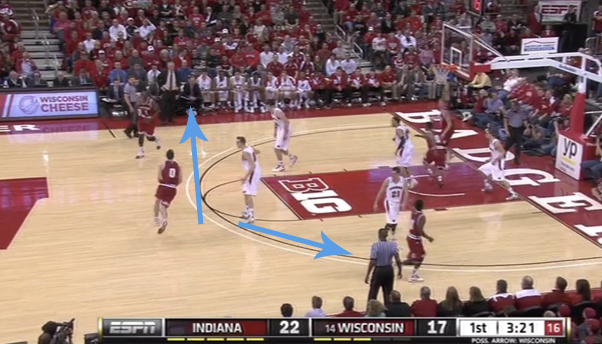 Sam Dekker and Frank Kaminsky get a little caught up, as Dekker doesn’t immediately shade over to the left wing with Sheehey: 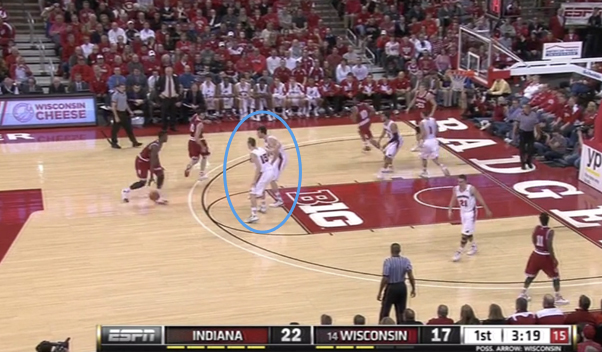 The two are still trying to figure things out as Vonleh makes a move: 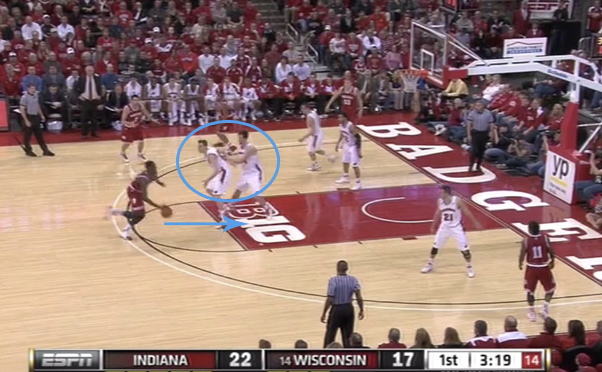 Kaminsky recovers back to Vonleh: 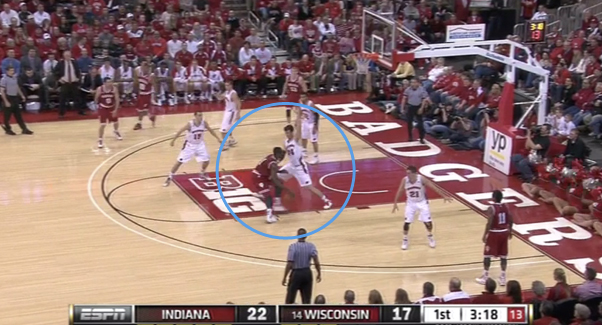 But he spins left, gets some separation and hits: 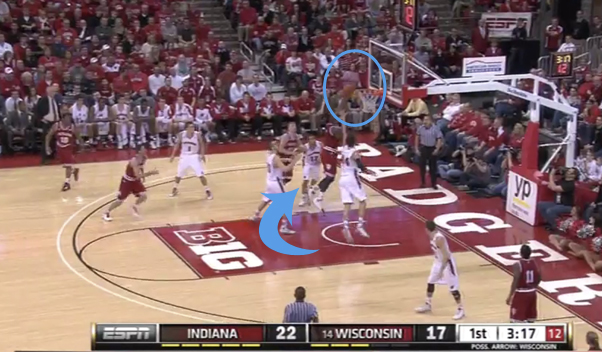