Film Session: Passing in the halfcourt

After struggling to put the ball in the basket against Northwestern in Bloomington, Indiana’s halfcourt offense hummed to the tune of 1.1 points per possession in Evanston.

Often, the Hoosiers stayed patient, making the extra pass to get the best look. And when Noah Vonleh and Yogi Ferrell drew extra attention, they made sure to make the Wildcats pay. A look at some sharp passing in the halfcourt in the latest edition of Film Session:

Vonleh sets an off-ball screen for Ferrell under the basket as Jeff Howard curls around on the right wing. Evan Gordon looks for Ferrell: 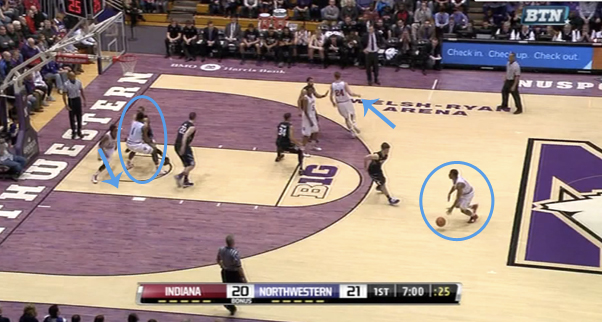 As Ferrell gets the ball, all five Northwestern defenders are ball-watching: 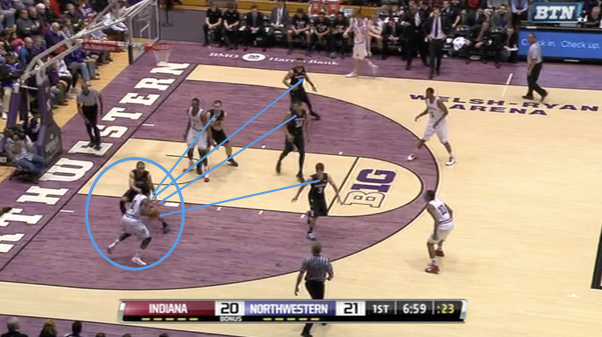 Ferrell gets by Tre Demps and Nothwestern continues to pay heavy attention to IU’s top scorer, as four defenders converge on him. This leaves Howard open in the corner and Troy Williams up on the right high block: 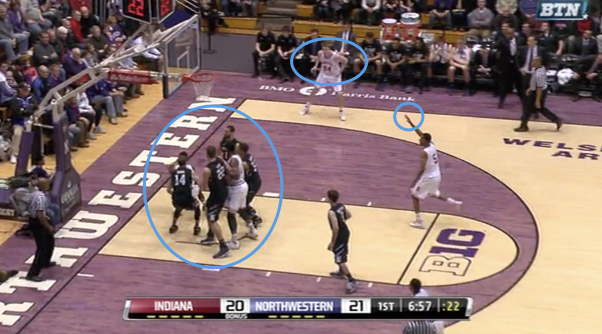 Ferrell makes the pass to Howard. Not being a 3-point shooter, he immediately looks for Williams: 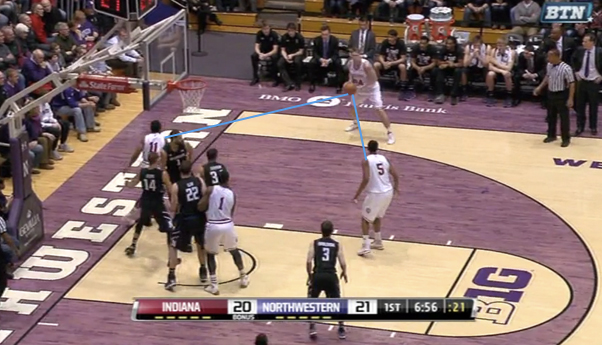 Sanjay Lumpkin makes a move out to Howard, and this allows Williams a clear path up to the rim: 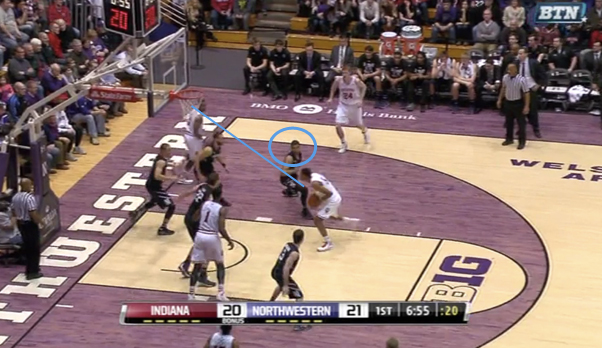 He dunks it home: 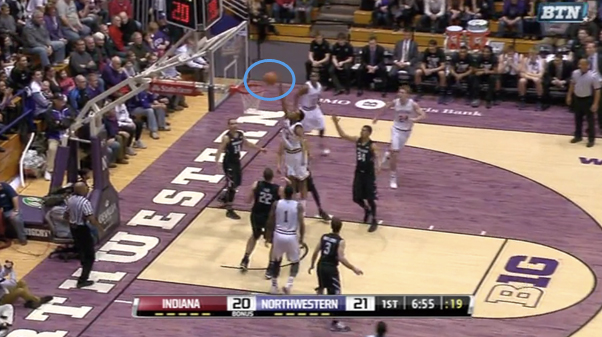