Yogi Ferrell’s work in denying Nik Stauskas the basketball was a key to victory in Sunday’s 63-52 win over the Wolverines. Beyond Yogi’s ball denial, Indiana’s decision to put Will Sheehey on Jordan Morgan was also key, as it created a situation in which he was free to switch onto more athletic Wolverines on ball screens.

A look at Yogi’s denial work, Sheehey’s switching and a supercut of all Ferrell’s 3-point attempts in the latest edition of Film Session:

From the beginning of the contest, Ferrell D’ed up. Often, Michigan would send Morgan to the left wing to set a screen for Stauskas like here: 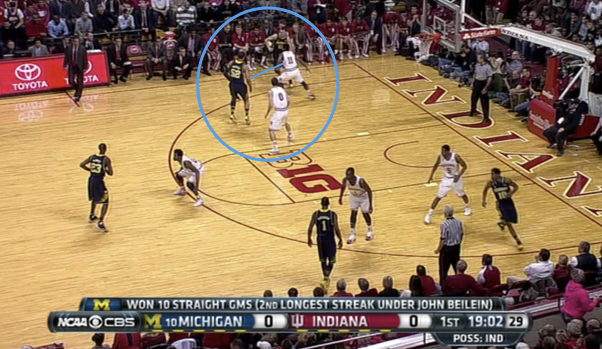 But Ferrell would simply speed through it with him: 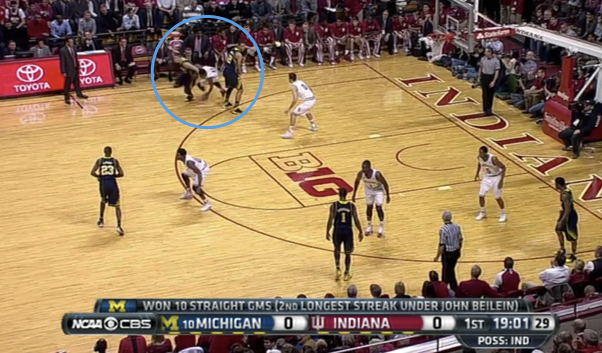 And stick close enough where Michigan’s man at the top of the key didn’t make the pass and looked elsewhere: 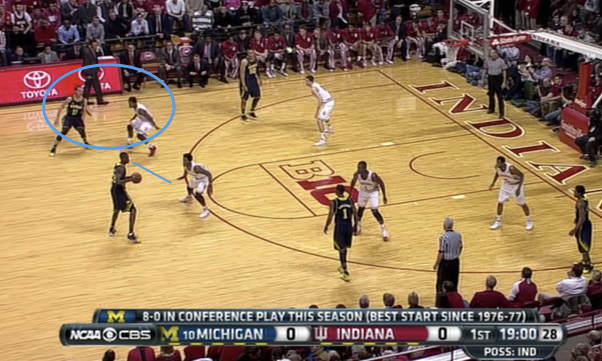 And even when Stauskas tried to free himself in other ways besides a screen like here: 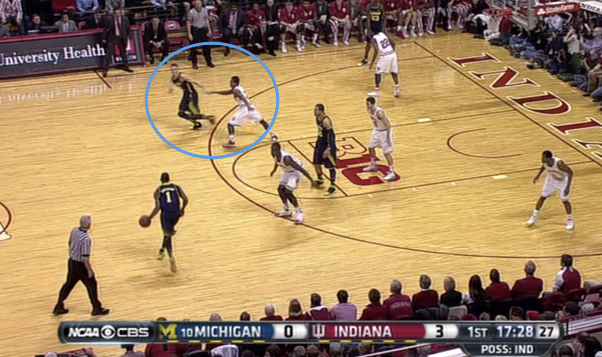 Ferrell stuck right with him and didn’t give him room to receive the ball: 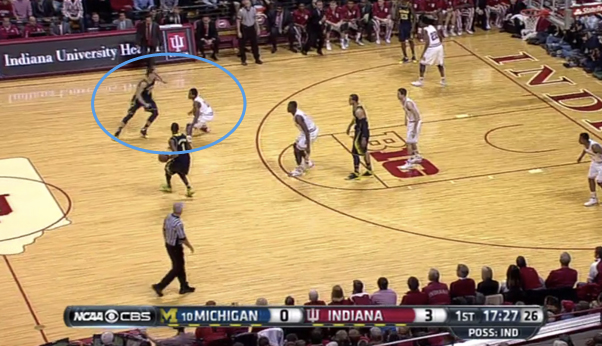 Video showing three different possessions with great ball denial work from Ferrell in the first half: