With Nebraska still down 11 with 16:22 to go, Terran Petteway ball fakes Yogi Ferrell and gets him in the air. This allows him room to drive: 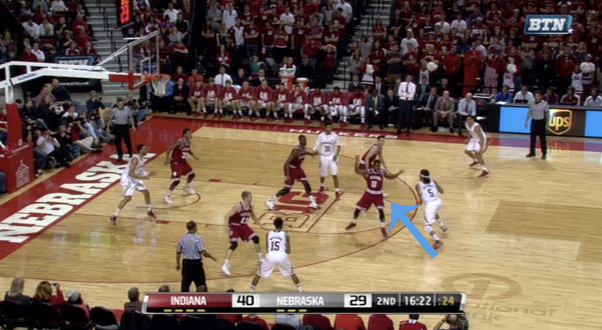 He collapses the Hoosier D and passes to Shavon Shields once inside the paint: 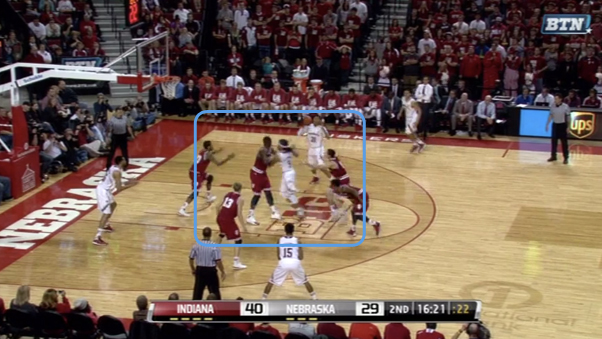 Shields passes back to an open Petteway, who has moved into the left corner as IU’s D is bunched up around the rim: 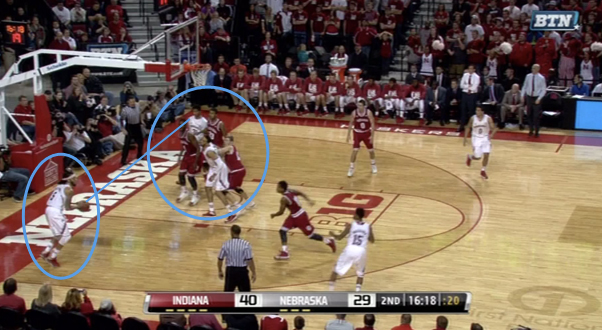 He simply slides back behind the line when he sees the space he has away from Ferrell, rises and connects: 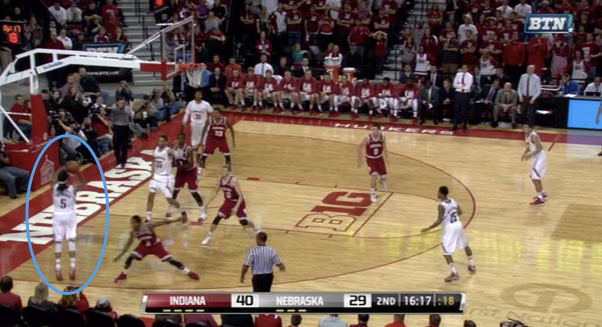 While this full sequence isn’t quite how you draw up beating a zone, Petteway’s penetration allowed him an open look later in the possession.