With Nebraska about to tie the game on this 3-point make, Indiana is set up in man-to-man D. Everybody seems to recognize this except for Vonleh who is planted in the paint. This means Evan Gordon has two Nebraska players to worry about in the left corner: 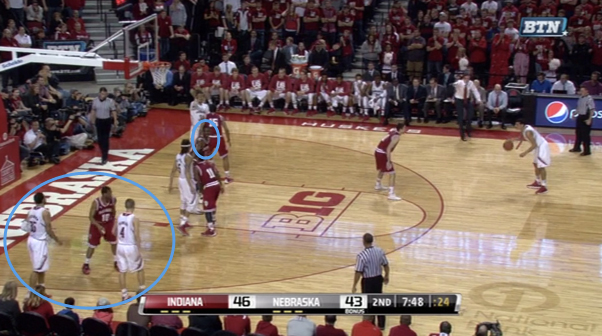 Gordon points out an open Nathan Hawkins, who has now moved up the left wing and is receiving the pass: 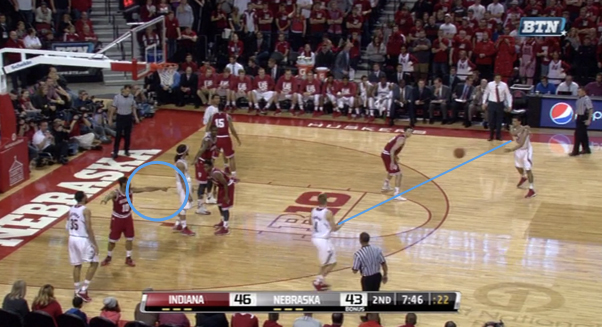 Gordon slides up to ward off the shot attempt and so he passes to Pitchford: 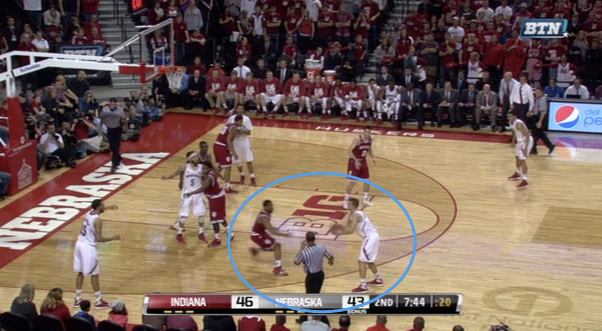 Gordon is able to run down and keep up with him: 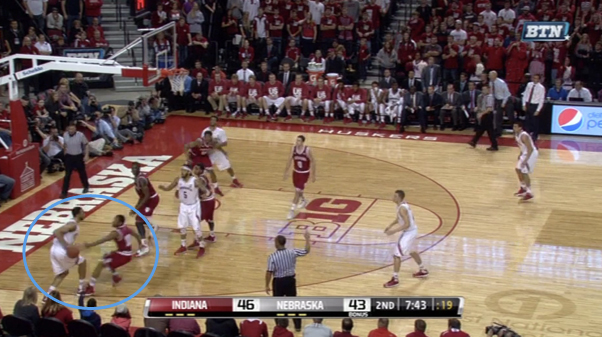 From there, Nebraska swings it around the perimeter and Will Sheehey is now tasked with trying to guard two players: 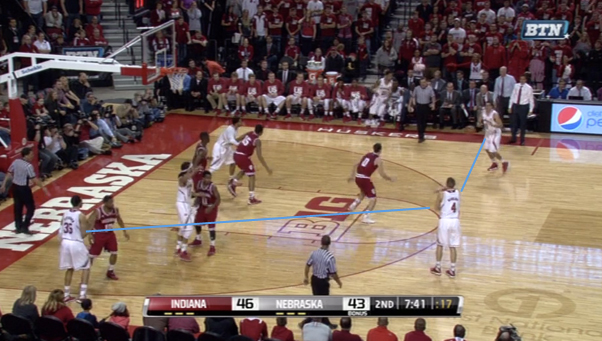 He commits to Tai Webster, who passes it right back to Hawkins: 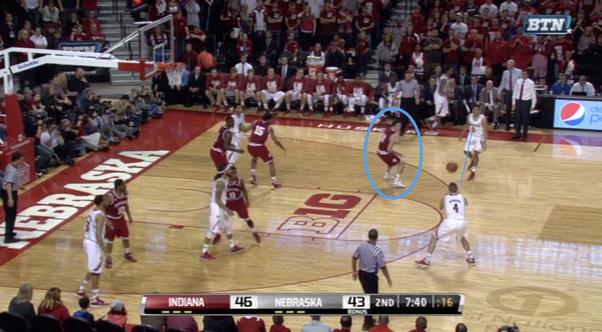 Ferrell attempts a closeout from the left high post, but it comes far too late and Hawkins connects: 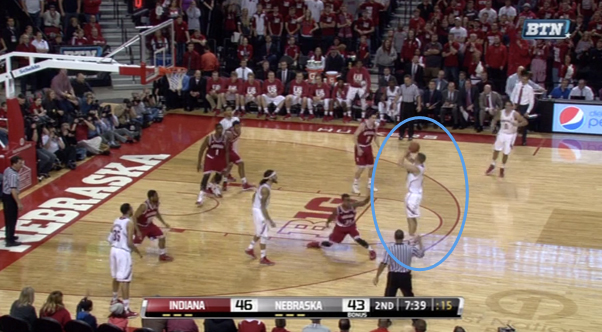 A total metal lapse from Vonleh and the Hoosier D here, and it cost them the lead.