Indiana cruised to a 105-59 win over Samford on Friday night by relentlessly attacking the basket. A look at two Jeremy Hollowell drives doing just that, as well as a couple defensive miscues by the Hoosiers in the latest edition of Film Session:

I. Evan Gordon pushes the ball up the court off his own defensive rebound: 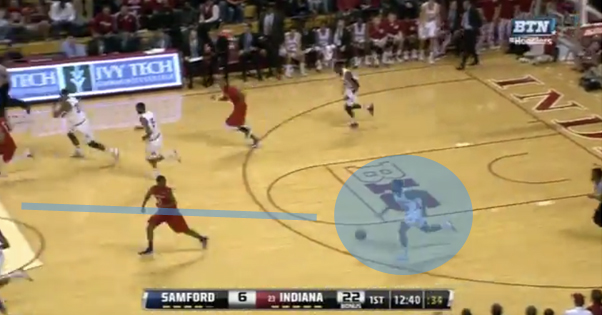 Gordon isn’t able to find daylight to the hoop, so he shovels it off to Hollowell: 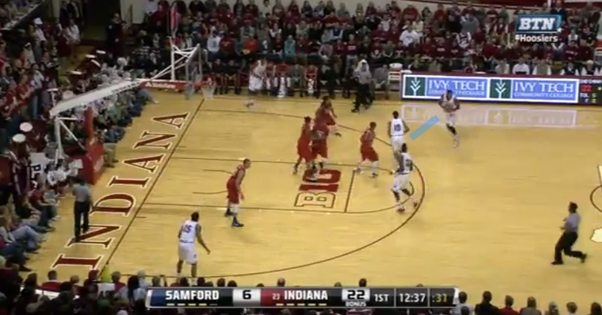 With no hesitation, Hollowell drives left to the paint: 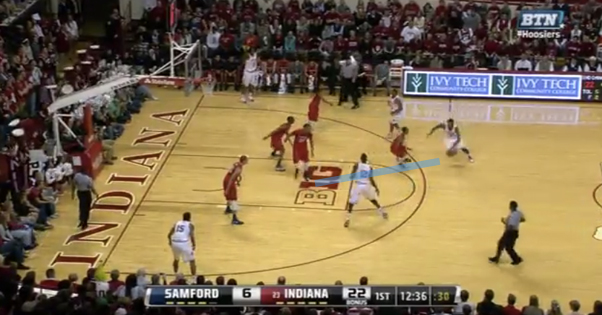 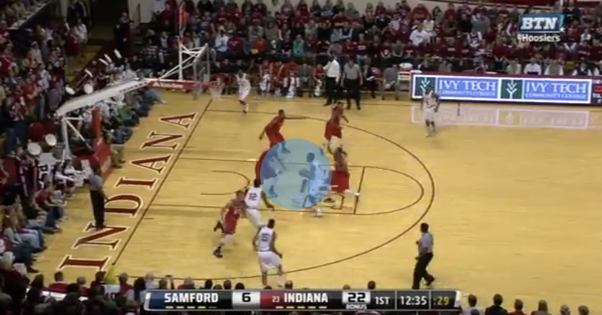 Hollowell does something different here. He goes up in the air to further draw HMP’s defender towards him; the defender has no choice but to 100 percent commit with Hollowell in the air and seemingly trying to lay it in. But Hollowell wraps a pass around the defender with his right hand to an open HMP: 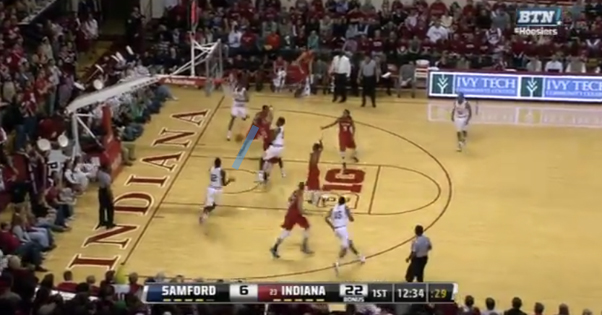 Who flushes home like only he can with tons of room thanks to Hollowell’s decision-making: 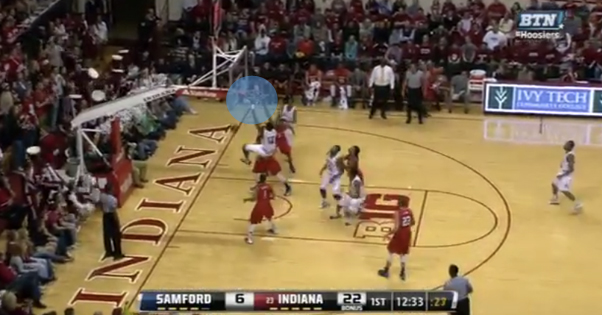