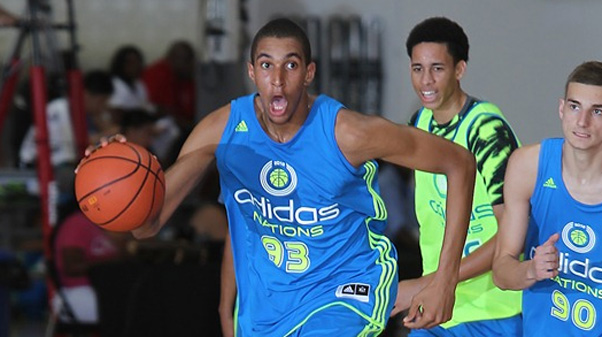 Class of 2014 Findlay Prep (Nev.) forward Jonah Bolden announced his list of six finalists tonight and Indiana remains in the mix for the 6-foot-9, 210 pound forward.

Bolden, the No. 49 player nationally according to the 247Composite, is also considering Louisville, Kentucky, Southern Methodist, UCLA and USC.

The Hoosiers are making a late push for Bolden, who is a native of Australia that transferred to Findlay Prep for his senior season.

“I started hearing from Indiana only in the last month,” Bolden told Inside the Hall recently. “My conversations with IU so far have been about my need to the program. Just talking about how they are.

“I like the way they play. It’s a very free style of play with as minimum but as much as needed structure as possible. I feel it suits the way I play and my availability for my position as a small forward.”